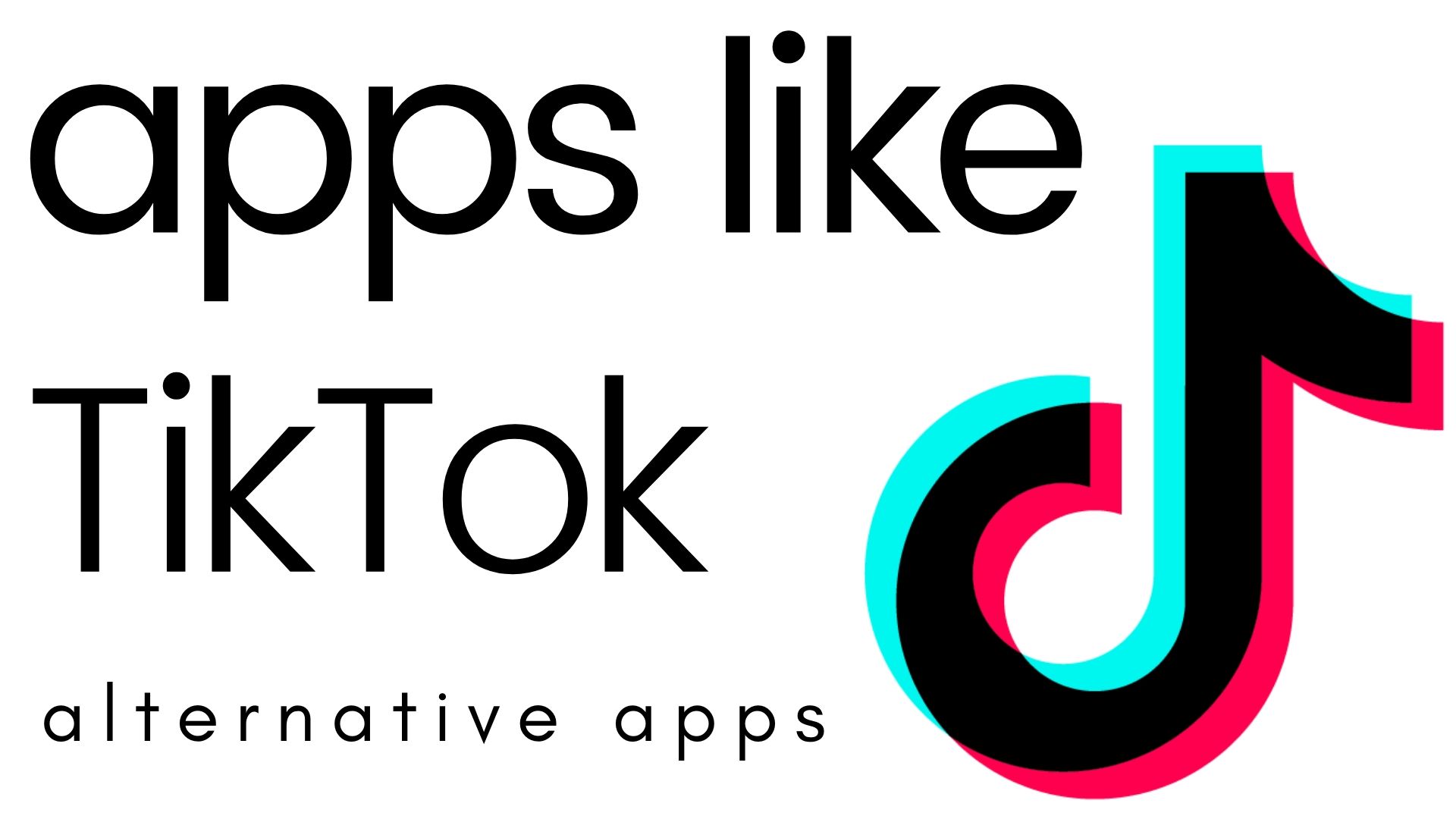 Tiktok was 1 in the 59 apps banned by the Indian government after conflict between India and China came about at the Line of Actual Control, and has, ever since, left the users scrambling about, trying to find another platform to express themselves and their creativity.

While the ban does speak for promoting more Indian apps, and not supporting those that directly benefit the Chinese economy, we do have to think about all those who lost their creative spaces, and even livelihoods due to the ban.

Of course, this opens up space for “homemade” apps to come into the fore, and hopefully they’ll see the same amount of success that Tiktok saw!

If you’re in the same boat, and are looking for new platforms to express yourselves, we’ve compiled a list of apps that you can look into as alternatives to Tiktok!

Here is the List of 7 Best Apps Like TikTok that you can use after banned in India: 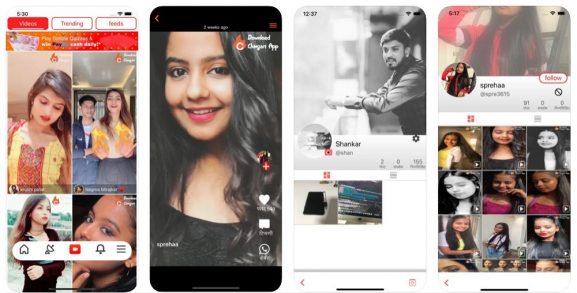 First on our list in India-based app, Chingari, which has even been referred to as the Indian Tiktok by many users and reviewers. While being made in India, the app also has no external funding from China, so this is definitely an app that you can look into.

It allows you to watch videos from all corners of the world, edit videos in super easy ways, get to know what’s happening around the world, play games, earn coins, and win prizes! The app also saw a huge leap of downloads after the Tiktok ban and currently has more than 5 million downloads, which is great if you want to get in on the action and gain an active following!

Another great plus with this app is that it promotes the usage of more Indian apps in general. It will not only help you as an alternative to Tiktok, but will also help generate income within the Indian economy as well, benefitting smaller app developers in the country!

Next on our list we have Triller! This is an app that people initially believed had some Chinese roots, and with the ban, the paranoia about which apps are Chinese and which are not has really increased. But, no, Triller is not a Chinese app, rather an American one with its headquarters based in New York!

A lot of sites and reviews have been seeing the rise in the popularity of Triller, especially after the ban on Tiktok, and a lot of people even consider it the app’s natural successor.

Triller allows you to take videos and edit them very easily; or rather, the app edits the videos for you! This AI-based-video-editing is the main focus of Triller and is what makes it so different from Tiktok.

While Tiktok put its emphasis on bringing very personalised content to you through its ever-evolving algorithm, Triller focuses on providing you with the best videos, and if you’re someone who likes your aesthetic, this is an app you should be trying out, for sure!

This is another Indian app that was started in Bangalore. It did start out as being quite controversial due to some rumours that said the app has been made in Pakistan, but the Bangalore-based creators were quick to deny them.

There was also a period when the app was taken off the Play Store, and a lot of people connected that event with the previous rumours, but the app was just taken off due to some issues with spamming. It is definitely up and running now, so if you want to check it out, go ahead and do that!

It also has a user interface very similar to that of Tiktok’s, but there’s definitely some things that need to be worked on, which are surely going to be bettered, now that they’re facing a rise in users. The app has jumped to over 10 million downloads in just a few weeks, especially after the Tiktok ban, so if you want to want to gain a following, now would be a great time to try doing that! 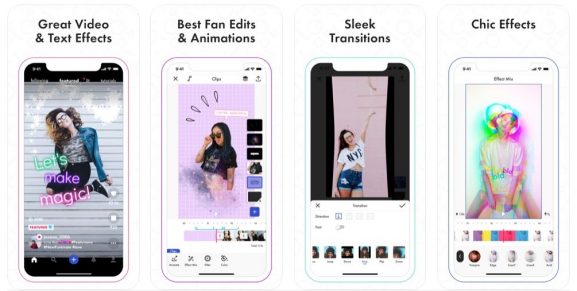 This next app is one that was made for a younger demographic and certainly has a lot of younger users, but nonetheless, it is a fun app and can be given a chance! Funimate, as the name suggests, was an app built around making the process of animating and creating videos fun for everyone.

With a large library of music, lots of fun editing options, and easy-to-use UI, Funimate is another option that you can look into for making fun edits with great transitions, overlays, and other features.

Like Mitron, Funimate has also got over 10 million downloads, and that’s a significant number of people that you’ll be sharing your videos with, so if you want to gain a large audience while exploring your creativity, this is a great option for you! 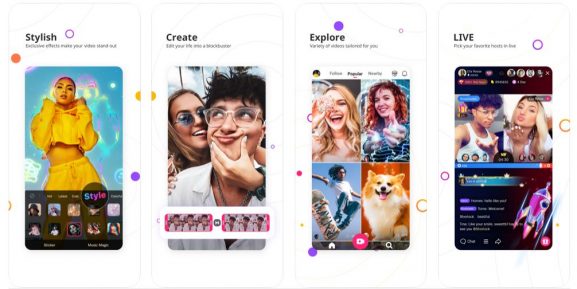 Previously Like Video, Likee is another popular app for making video edits with music, dialogues, and effects. There has been some misconception about the app being based in China which isn’t true.

A Singapore-based app, Likee is still very much in use in India, like it has been for the past few years.

With video editing features that are very similar to the ones you find on Tiktok, Likee is another one of the natural successors to the app after the ban in India, and if you haven’t tried it out yet, go ahead! The app has also seen more than 50 million downloads on Play Store, and that is the highest number of downloads we’ve seen on this list yet!

YouTube has definitely been around longer than any of these apps, and while it is a platform that features longer content, one can definitely try their luck on it. We can’t deny that YouTube is the OG video-sharing platform, but the very fact that it has been around for so long and has so many creators on it shows that it is harder to gain a following on the site.

But that being said, it is definitely a great app if you were looking to expand your own content and should definitely be given a try. And with the increase of new users, it might be easier to create a niche of Tiktok-like videos, especially when we consider the insane amount of Tiktok compilations that can be found on there!

YouTube will definitely allow you to explore more of your own creativity.

YouTube also integrated a lot of Vine users after the app got shut down (popular ones like Lilly Singh, Liza Koshy, Gabbie Hanna, David Dobrik and more), and a lot of them grew to be even more popular on YouTube, so with the Tiktok ban, YouTube might even have something for you! 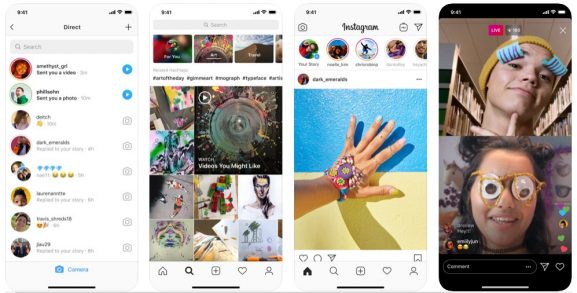 Instagram is another great app to shift over to. Granted, it is more of an app used for sharing and promotion rather than video editing, but, it can, without a doubt, be used to share videos made on these other platforms.

The sheer number of users on the app will make it easier to gain a larger following, since practically the entire world exists on the app. Although, with that, we also have to consider that the competition will also be incredibly high, but that works for Tiktok as well.

It is definitely a great app to assist you in gaining the amount of success that you might have had on Tiktok, and you should not under-credit the wonders Instagram can do to make someone popular overnight! 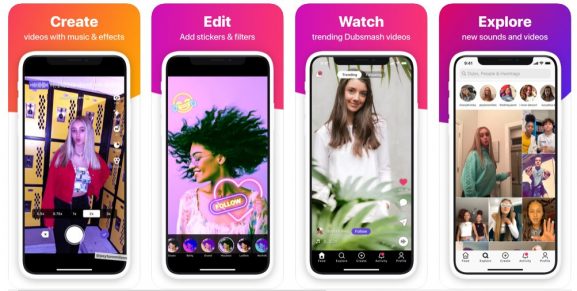 When Dubsmash came out in 2014, it was all the rage and everybody wanted to try making videos with the huge library of dialogues, sounds, and funny little voiceovers.

It has rightly been called the pioneer in short-video-content, because it really changed the game for how people viewed content (of course, there was also Vine, which is exactly how this all started but unfortunately Vine died in 2017).

Apps that let people share short content took into account the growing need to consume content that was quick, to-the-point, and didn’t need long periods of attention and focus. Dubsmash was one of those, but its popularity went down after Vine died and users shifted over to YouTube and started consuming longer content.

But recently, with the rise of Tiktok, Dubsmash has been inching its way up the popularity pole as well, and especially for Indian audiences, the ban on Tiktok will see Dubsmash becoming popular again! So, yes, it is definitely worth checking out, and the fact that it has more than 100 million downloads makes it the most popular app on our list!

That brings us to the end of our list! We’d love to know what you think about these apps, and if you feel like there are any other alternatives that we might have missed out on! So, contact us and let us know because we’d love to hear from you!