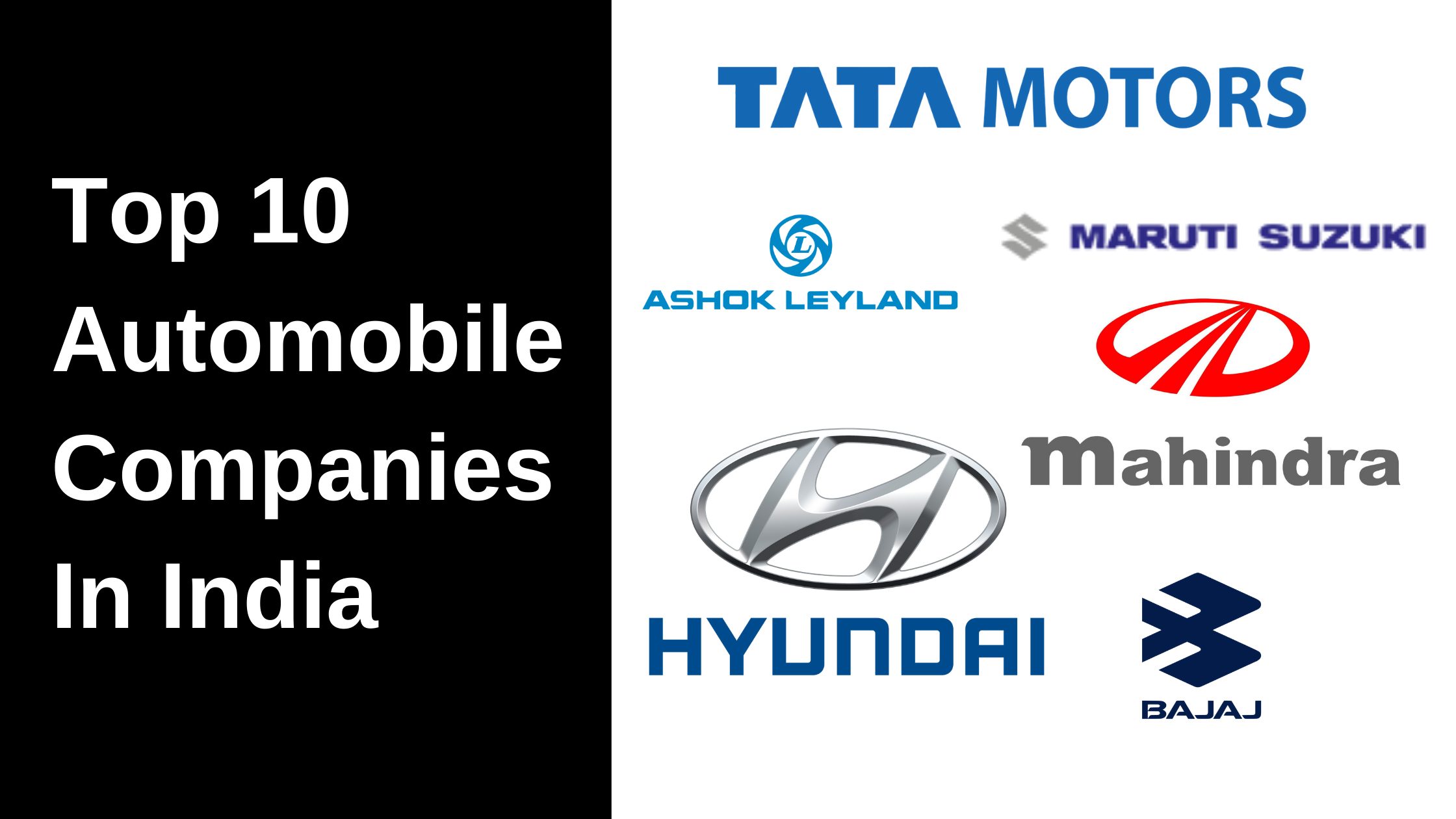 Back in the days, a large section of the Automobile Companies in India worked with foreign technologies. This meant that there were no varieties of cars available in the market.

However, those days are gone now. The scene has completely changed over a few years and the Indian Automobile Industry has outgrown itself. Currently, the Automobile Companies in India are using their unique technology to produce fantastic pieces of art.

That is why, today, the Indian Automobile market is filled with a wide and diverse range of cars – starting from SUVs to hatchbacks to MPVs to sedans – you name it, we have it.

No wonder it is one of the fastest-growing industries in India right now.

Following are the top 10 Automobile Companies in India. Check them out.

Tata Motors Ltd. is one of the prime Automobile Companies – both nationally and internationally. It specializes in providing mobility solutions and has done so for more than 175 countries. They mostly produce a huge array of cars, sedans, trucks, multi-utility vehicles, and buses.

They earn revenue of Rs. 296,917 Cr. with the market capital being Rs. 41,562 Cr. 82,797 employees are working in there who work day and night to keep Tata Motors Ltd. on number one in the list of the top 10 Automobile Companies in India.

Their market share for personal vehicles is 6.3% while that for commercial vehicles is 45.1%. This makes Tata Motors Ltd. the chief in India’s CV market. The company does not work alone. It has a tight-knit, strong network of 134 branches, joint ventures, and associate companies.

This includes a few global big names such as the Jaguar Land Rover in the UK and the Tata Daewoo in South Korea. The sales of 4,68,788 vehicles in the year 2018-19 has enabled Tata Motors Ltd.

The company performed so well thereafter that its market share in the PV segment increased by 60bps to 6.3% during the same year. Thus, it is safe to conclude that Tata Motors Ltd. is the biggest and the best Automobile Company in India.

The journey of Maruti Suzuki began back in the year 1981. It was not a single company back then but a joint venture between Maruti Udyog Limited and Suzuki Motor Corporation from Japan where Suzuki had a 56.21% share in the company.

One of the first cars that Maruti Suzuki ever produced was the Maruti Suzuki 800. As soon as the car hit the market, it became the talk of the town. It was an instant hit due to its affordability and performance. That’s when Maruti Suzuki realized that they did something right.

Since then, the markets of India have been flooded with a diverse array of their cars – ranging from hatchbacks and sedans to crossovers. Thus, in terms of sales, Maruti Suzuki has always had an upper hand in the Indian market.

It has gained more than 50% share in the sales and thus, remains at the top of the list. Maruti Suzuki is also the first Automobile Company to introduce a BS6-compliant line-up in India.

Not only did this give them a head start over the others, but also the company ended up selling more than 7.5 lakh BS6 vehicles, which the maximum number among all other existing carmakers.

However, like every company, Maruti Suzuki has also tasted its fair share of failure. The failure of Kizashi and Grand Vitara is one of the most disappointing examples of them all.

The fun fact lies in the fact that these two models are also the best-selling models in India for over 16 years now. The company, however, has made it clear that their cars are in agreement with the rules set by the Indian government.

That is why they have decided not to send their cars to the Global NCAP anymore. Presently, in 2020, the BS6 emission norms are coming in place, to which the company has decided to keep their diesel engines aside and only use petrol mills.

Ashok Leyland Ltd. is one of the major Automobile Companies in India. It was found in the year 1948 in the state of Chennai, India. It manufactures a wide range of products – ranging from trucks and buses to engines for industrial and marine applications and spare parts.

The company launched India’s first electric bus and Euro 6 compliant truck in the year of 2016. Ashok Leyland produces buses that are used by several million people to get to their destinations every day and 700,000 trucks which keep the wheels of India’s economy moving.

Being the leading manufacturer in the bus industry, it mostly produces medium and heavy vehicles. It has also been a part of a joint venture with Nissan Motors.

Hyundai Motor India is not only one of the largest Automobile Companies in India but also one of India’s number one passenger car exporters to multiple countries across Africa and the Middle East.

The first car that Hyundai ever introduced was the Hyundai Santro. It was also Hyundai’s flagship model. Soon after it was introduced, it became a hit and helped the company build strong bonds with auto lovers.

It has now two manufacturing plants in Chennai with exemplary production, quality and testing capabilities. During the year of 2017-2018, Hyundai Motors India manufactured around 527,320 cars and a few other vehicles for the domestic and export markets.

The best-selling models produced by Hyundai Motor India are Eon, Santro, i10 and i10 Grand, Elantra, Xcent, Verna, Creta, and Tucson.

Mahindra & Mahindra Ltd. is a US $19 billion global federation of companies which commits to invest in technology and grow global presence. This company is the largest tractor manufacturing company globally.

It assembled its first vehicle in the year of 1947 and since then, it has grown rapidly. It is a significant vehicle manufacturing company in India and thus graces us with its presence in this list.

This company Mahindra & Mahindra aims to enhance its output both in quantity and quality with a prime focus on manufacturing superior quality automobiles. 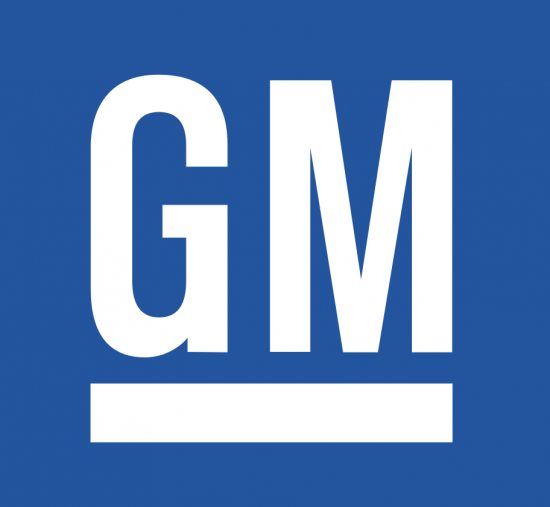 General Motors India Private Limited is the next top player among the several Automobile Companies in India. It is a wholly-owned branch of the auto giant General Motors.

Bajaj Auto Limited is one of the leading top 10 Automobile Companies in India. When the company started, it used to sell imported two or three-wheelers.

It was finally in the year 1960 that it became a public ltd. company. It is a company whose involvement stretches over a wide range of industries – starting from automobiles (both two-wheelers manufacturer and three-wheelers manufacturer), lighting, auto-rickshaws, scooters, motorcycles, home appliances, insurance, iron and steel, travel and finance. Bajaj Auto Limited is known as the flagship company of the Bajaj Group.

The group was started by Jamnalal Bajaj in the year of 1940. It is ranked as the world’s fourth-largest three and two-wheeler manufacturer. The Bajaj brand is well-known for its excellence in quality across 70 nations in Latin America, Africa, Middle East, South and South-East Asia.

In India, the company has several plants in different locations such as Waluk, Pantnagar, Chakan, etc. with its headquarters being in Pune.

Hero MotoCorp Ltd. was previously more commonly known as Hero Honda. Then it was renamed to Hero MotoCorp Limited on 29 July 2011. It was founded and established in the year of 1982 and 1984 respectively in New Delhi by Raman Kant Munjal.

It is headquartered in Gurgaon, India. It is one of the most popular Automobile Companies in India that has captured nearly 30 per cent market share of the two-wheeler industry. It was the world’s largest two-wheeler manufacturer in 2001, in terms of unit volume sales in a calendar year.

Not only that, it has maintained the coveted title for the past 18 consecutive years. It has over 90 million satisfied customers across the globe. All of the credit goes to the 5,842 employees who work in there day and night in different segments to bring Hero Motocorp Ltd.

In this esteemed list. The company has allocated major funds for CSR activities. The journey of the company started with a joint venture between Hero Cycle and a Japan-based automobile company, Honda. Together they reached amazing peaks of success.

The company has won various awards and reorganizations. In the year 2012, Hero MotoCorp Ltd. received the esteemed award of ‘Best Value for Money Bike Maker’ award.

This success escalated further with the launch of the all-time popular bikes like Hero Honda Splender and Passion. However, as all good things come to an end, this did too. In the year of 2010 both the companies separated and ended the joint venture.

It is now led by Dr. Pawan Munjal, Chairman of Hero MotoCorp. Under him, it has taken rapid strides to expand its presence to 37 countries across Asia, Africa, and South & Central America.

Hero MotoCorp is now a successful and global enterprise which has a significant employee strength that comprises people from different nationalities including India, Colombia, Bangladesh, Austria, Germany, Japan, and France.

Because of them, it has now over 50% share in the domestic motorcycle market. Some of its most famous two-wheeler versions are Pleasure, Maestro, Splendor, Passion, Karizma, etc.

Ford India was established in the year 1995. It has its headquarters in Chennai, India. It started its journey as a wholly-owned branch of an American auto company, Ford Motors.

Ford India, now, holds one of the top 10 positions among the Automobile Companies in India in the Indian automobile market.

It has launched several models of European Ford cars as well as successful models for Indian road such as Ford Figo, Ford Fiesta, Ford EcoSport and Ford Endeavour.

Renault is originally a giant automobile from France. It was established in India under the name Renault India Private Limited in 2005 in Oragadam, Chennai.

Renault cars are largely, if not entirely, known for their compact SUVs, fuel efficiency, and great performance. The company has made some remarkable cars that have been running in India for a long time now.

Some of their best-selling models include Duster, Scala, Pulse, Kwid, Koleos and Fluence. Among these, Duster received 29 awards in India with Car of the Year and Compact SUV of the Year.

With such esteemed automobile companies ruling over India, international experts in the automobile industry believe that they will soon take India to a position where it will rank 3rd in vehicle manufacturing in the world.

India, will then, becomes a large hub of car assembly for various leading companies across the world. Even though elite and luxury cars like Mercedes Benz, BMW and Lexus are assembled in India before delivery to clients; the above-mentioned companies are the top 10 automobile companies in India.

Now you know where to go when you wish to buy a car. It is important to note that when you buy a car, you must have car insurance as it ensures both your car and your safety.