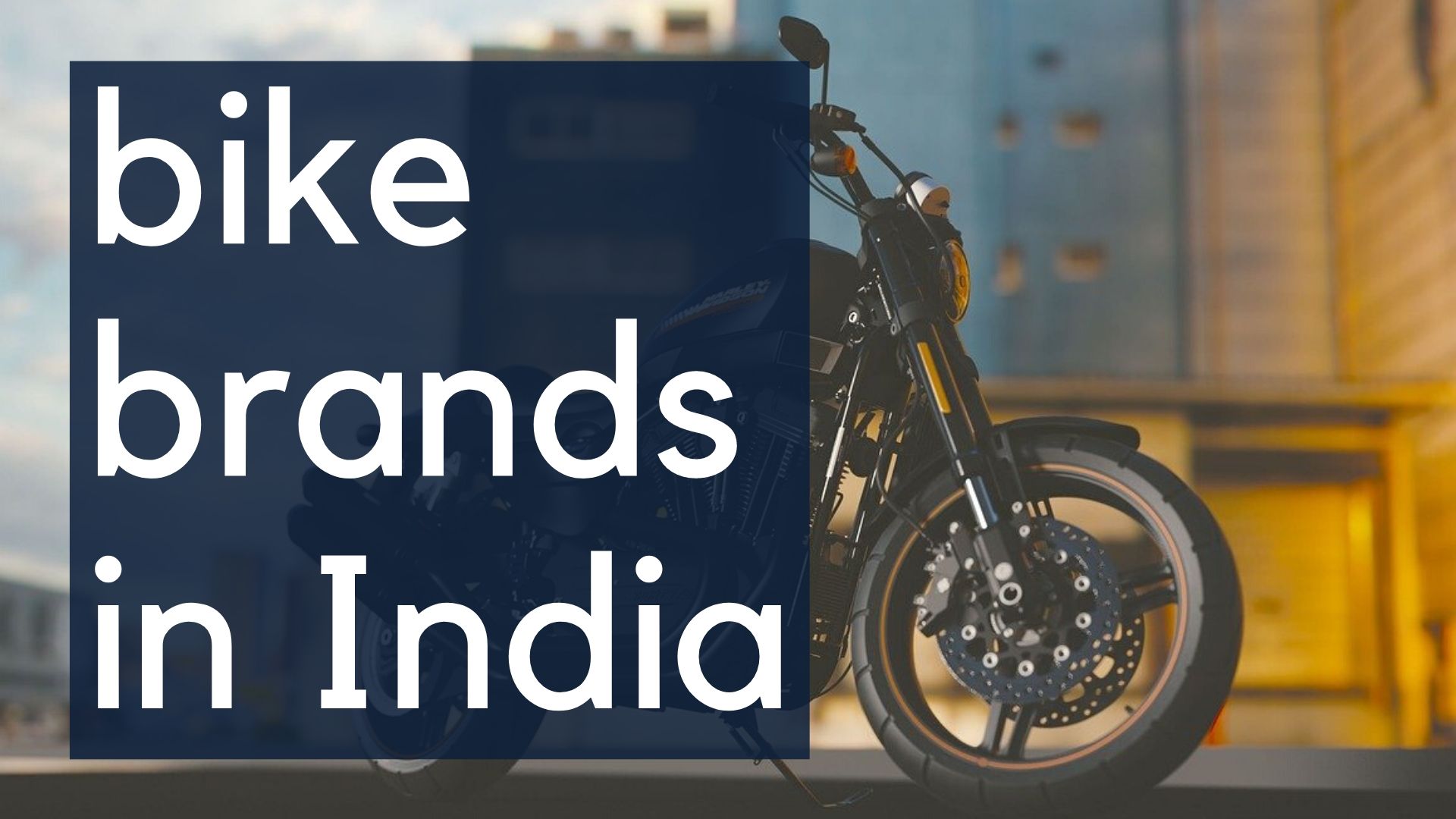 India has the world’s highest young population. This diverse country has over 65% of people in within the age of 19-35. This very fact makes India a young country.

Likewise, the interests of the current generation are set with respect to automobiles. Youngsters, especially guys, are fond of motorbikes. Most of the young guys own a motorcycle in India. Bikes are becoming lighter and more efficient with the passage of time.

Owing to the innumerable bike models in the largest two-wheeler market in the world, it is not a simple task to select the right bike.

Hence, we’ve compiled a list of the best bike brands in India after a through analysis of numerous factors including price, utility value, ergonomics amongst others.

Here is the list of Best Motorbike In India: 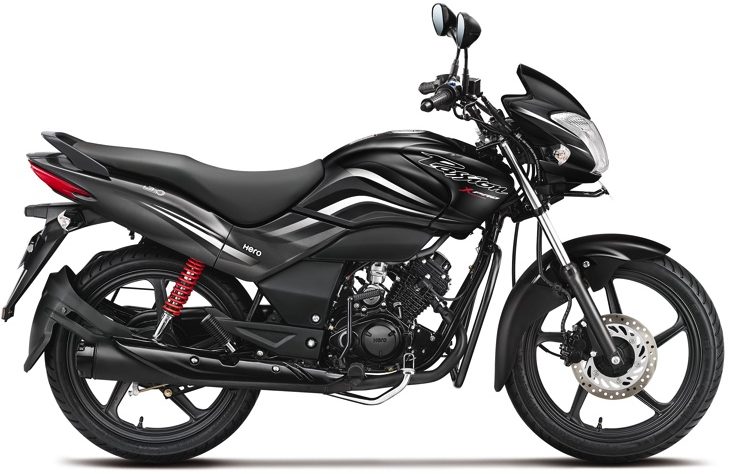 This two-wheeler company has the best-selling bike portfolio in the country. Currently, it holds 50% share in the motorcycle market. The company claims that it has sold over 75 million two-wheelers till date.

It had a massive growth of 9.18 percent in 2018. It is the undisputed leader of the India two-wheeler market. For instance, Splendor is one of the most successful bikes. This was one of the first motorcycles in the country to launched with a sporty design.

Hero has over 700 engineers employed at its world-class Center of Innovation and Technology in India. Extensive research is performed at such centres to reveal unique methods of manufacturing or technology so that innovative solutions are devised.

Not only this, the company has implemented a sustainable production model. This will protect the environment and save cost and time. The organization has engaged in CSR activities such as ‘Ride Safe’ program.

The motorbike company drives innovation in sports and has major associations with games and sports like rally racing, field hockey, amongst others. 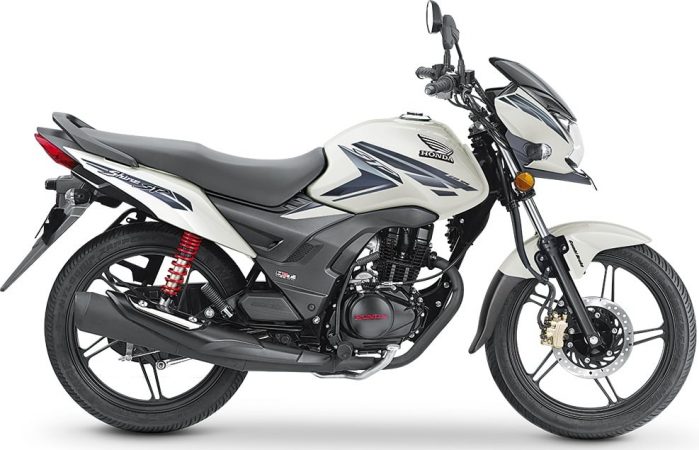 The company was established in 1999. Ever since, it has grown leaps and bounds. This company produces about 5.65 million units per year, which is a whopping number indeed.

Honda is one of the best auto companies offering bikes at reasonable prices. The sales numbers account for about millions of units every year. Most of the bikes have latest features and are designed keeping into account the comfort of the rider.

This company is at the second spot trailing behind by Hero.  Honda CBR is one of the best sports bikes. They even came out with a mini bike called Navi at a price which surprised everyone.

Moreover, the bikes are manufactured using eco-friendly technology. This implies that the company is paying heed to environmental concerns and understanding the tastes & preferences of consumers at the same time.

Deals in: Regular and some sports bikes. 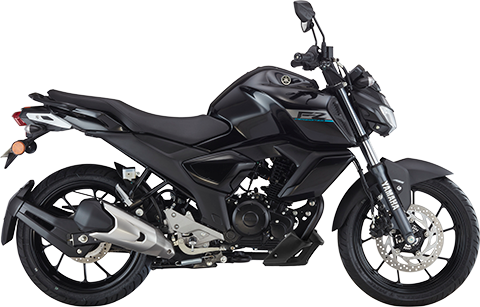 Yamaha is one of the best companies offering luxurious motorbikes to people. It was originally a Japanese firm, which became an independent subsidiary of Yamaha Motor in 2008 to form India Yamaha Motor Private Limited.

Having Yamaha bikes has become a status symbol for the youngsters of India. The company has defined the meaning of consistent growth and has gained wide popularity among the niche class.

The major success of this brand is the adoption of a customer-centric model, which is highly commendable in the current scenario when the customer is treated as the king. 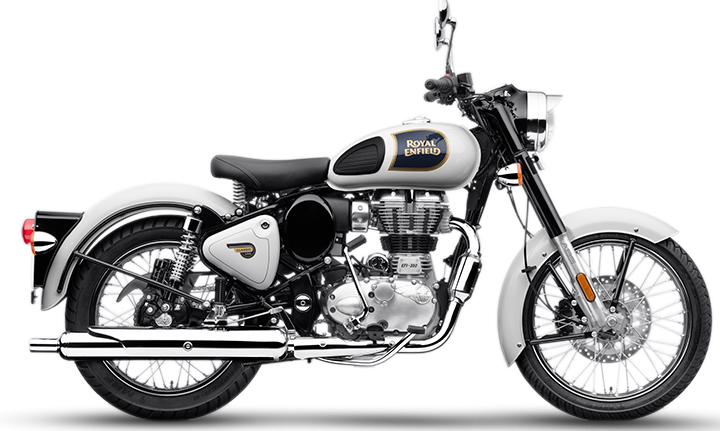 Royal Enfield is an English motorcycle brand that needs no introduction. It has become an extremely popular company mainly due to high-quality bikes. Probably, it is India’s favourite luxury bike company as portrayed by exponential sales.

The brand portfolio comprises many blockbuster series such as the Bullet, Cruiser, etc. Indeed, people who want to flaunt their style should go for these bikes without any prior thought. Another major highlight is the premium quality that the company offers to its valuable riders.

Even the general public is interested in these bikes besides the affluent class. The world-renowned company has consistent sales. The brand is continuously working towards innovation and has unleashed its creativity to the maximum potential. You can even purchase customized editions of certain Royal Enfield bikes. 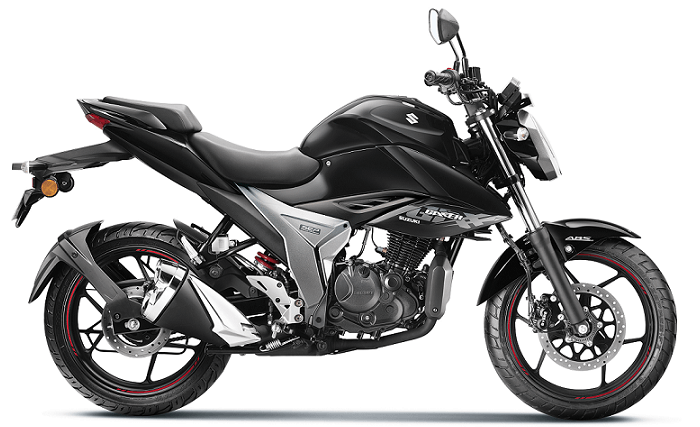 Suzuki is a brand that is very popular among Indians. Founded in 2006, the company altered its strategy in 2017 to double the revenue and sales. Suzuki Motorcycle India Pvt Ltd registered a growth of 16 percent in 2019.

The line-up comprises some high selling bikes including the Suzuki Gixxer (different variants). The company even makes off-road bikes such as RM-Z450 and DR-Z50. The company has sales target of about 1 million units in India.

The brand wants to foray into the electric two-wheeler segment too by 2022. Suzuki’s plants have an annual capacity of 5,40,000 units. There is no doubt that the company has established a strong presence in the Indian market which is highly competitive.

Another interesting fact according to the company is that most of its customers are young. This implies that the bikes are quite appealing to the younger generation which is fascinated by aesthetic value of products. 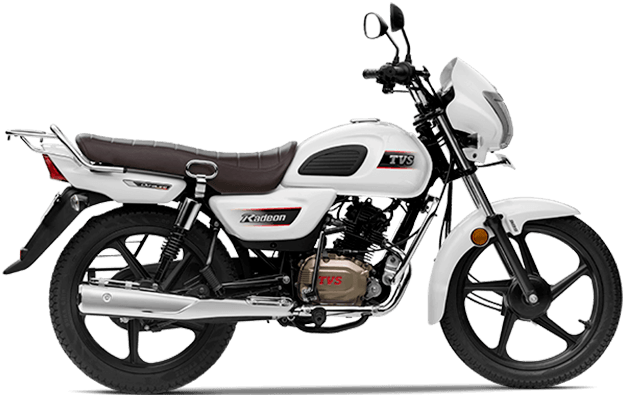 TVS Motors is the third largest two-wheeler company in India. Apart from India, it has operations in the Middle East, Africa, Latin America, and other continents. The company acquired Norton Motorcycles this year 16 million pounds.

It had about a million sales just for the month of October 2019 alone. The annual production capacity is more than 4 million annually. This company is known for amazing and uniquely designed motorcycles.

TVS was the first company to enter into the prestigious MotoGP championship. The TVS Apache RTR is one of the most famous series. Further, all the latest bikes feature BS-VI compliant engines and are highly durable and efficient.

Renowned for quality bikes globally, the brand has earned various accolades like the Indian Motorcycle of the year Award (2017). The brand has implemented cutting edge technology.

Apache bikes are the best premium bikes currently available. Moreover, excellent quality coupled with aesthetic and eye-catching design captures the interest of everyone. We are going to see many electric bikes of this brand in the future. 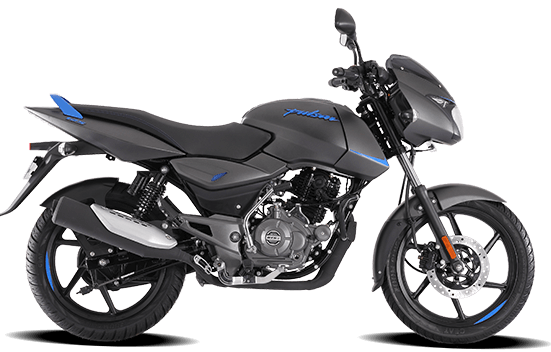 The Bajaj group is one of the oldest companies of India. Bajaj Auto is a trusted two-wheeler brand in India which was founded in the 1940s. The company has survived the cut-throat competition offered by Japanese and American counterparts.

It has become a household name today and is extremely popular among the masses. The auto manufacturer has engaged in great R&D to launch products that comply to various global quality standards.

Bajaj is the third largest two-wheeler manufacturer in the world. For the same reason, its bikes are available in more than 70 countries. The brand is known for research and low-cost manufacturing techniques.

It is also the largest exporter of two wheelers in the country. Bajaj Pulsar 220 DTS-I was featured in the first Indian stunt biking reality show. The company received CII Design Excellence Award in 2014, Bike of the Year Topgear Award by BBC. 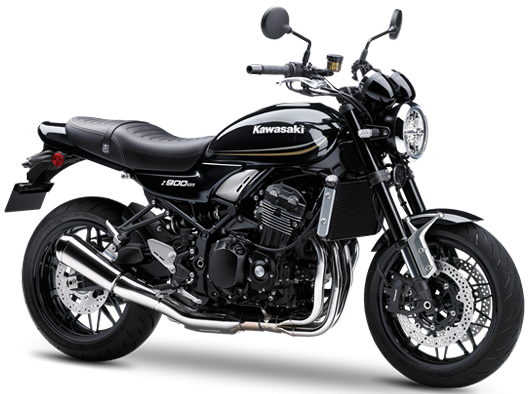 Kawasaki is yet another auto company that produces impeccable bikes for the clients. It entered the Indian automobile market in 2009. Previously, it had an alliance with Bajaj Motorcycles, but the company established its Subsidiary in 2010.

These bikes are designed for customers who are intrigued by the quality and sophisticated nature of products. The brand has carved a niche in the super sports segment. Some of its bikes have a 998cc engine, which is the best in the world.

Owing to the engine capacity and speed, Kawasaki’s bikes are the most appropriate for racing. Moreover, most of its bikes are undoubtedly the fastest bikes in India.

The company targets the affluent or the elite consumer class. Indeed, anyone can impress people with the superbikes offered by this brand. It has industrial plans in seven countries. It mostly faces competition from Yamaha, KTM, Harley Davidson, TVS Apache and Suzuki. 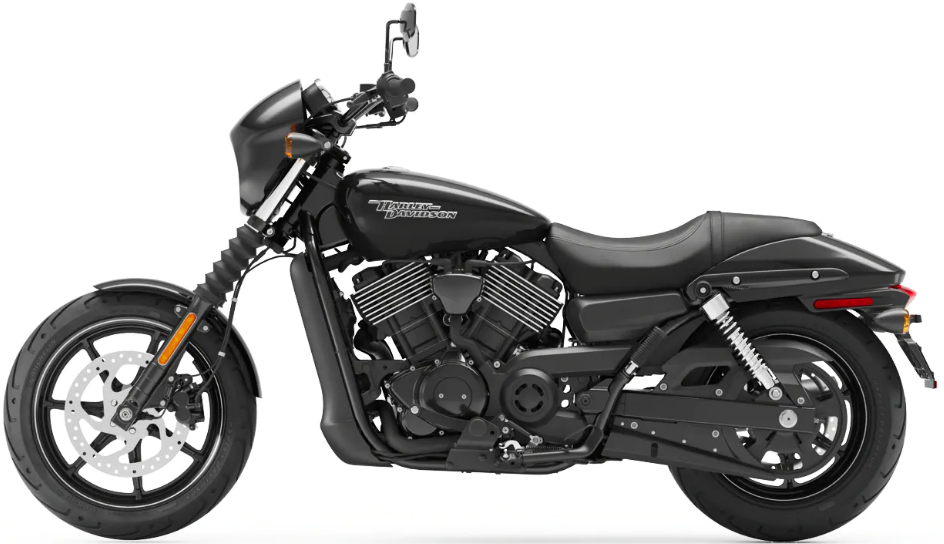 The Indian division of Harley Davidson is based in Haryana. It is one of the most revered motorcycle brands in the world. Harley Davidson has a total of 25 bikes currently available in India.

There are 6 models that are yet to be launched. It is a responsible company which adheres to the principle of sustainable development. With cutting edge technology and innovation, the company has succeeded in winning the interests of millions of people.

There is no wonder that any two-wheeler enthusiastic would love these unique bikes. The bikes are extremely durable and sturdy. Not only this, but these motorbikes can be your ideal travel comrades. Indeed, this is what extreme travellers or people fond of traveling desire in their lifetime.

You can even go for some apparel and gear for yourself or your friends. The hallmark of this brand is the custom motorcycle offering. Anybody who wants unparalleled riding experience should buy these awesome bikes. 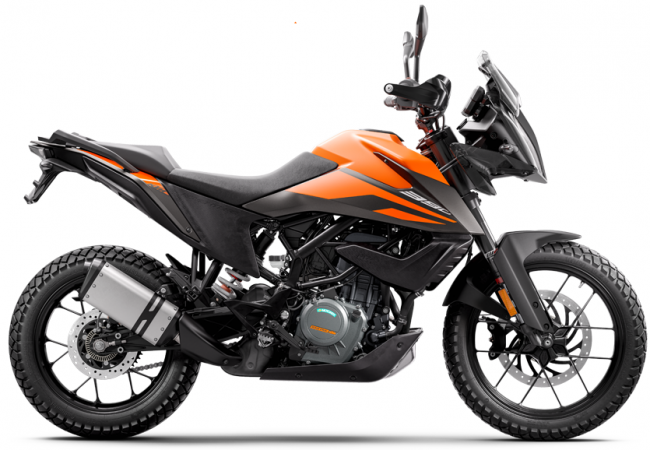 Our list would have been incomplete without this amazing company offering world class superbikes. KTM AG is an Austrian company. It is named after its founders. KTM motorcycles are one of the most loved bikes by Indians, mainly the youth.

All the bikes now come with a BS-VI compliant engine that reduces emissions and lowers the pollution level. The brand has redefined the spirit of sports bikes and taken the performance to an all new level. KTM Duke is a highly popular bike among the youngsters of the country.

KTM bikes are one of the most coveted bikes for racing purposes. These bikes are further suitable for racing as well as travel. Most bikers would be aware of the customization feature offered by the company.

You can buy the accessories that will provide comfort during riding. The major competitors are Harley Davidson, Yamaha, Hero MotoCorp, Kawasaki, etc. Get ready for an amazing adventure with KTM bikes.

This was a list of the best motorcycle companies in India. We hope that this article helps you in finding the best bike for yourself.

We recommend an in-depth assessment of various factors such as price, brand value fuel efficiency, accessories, customization options amongst others before the final purchase of the vehicle. This will help you to select the best motorbike.