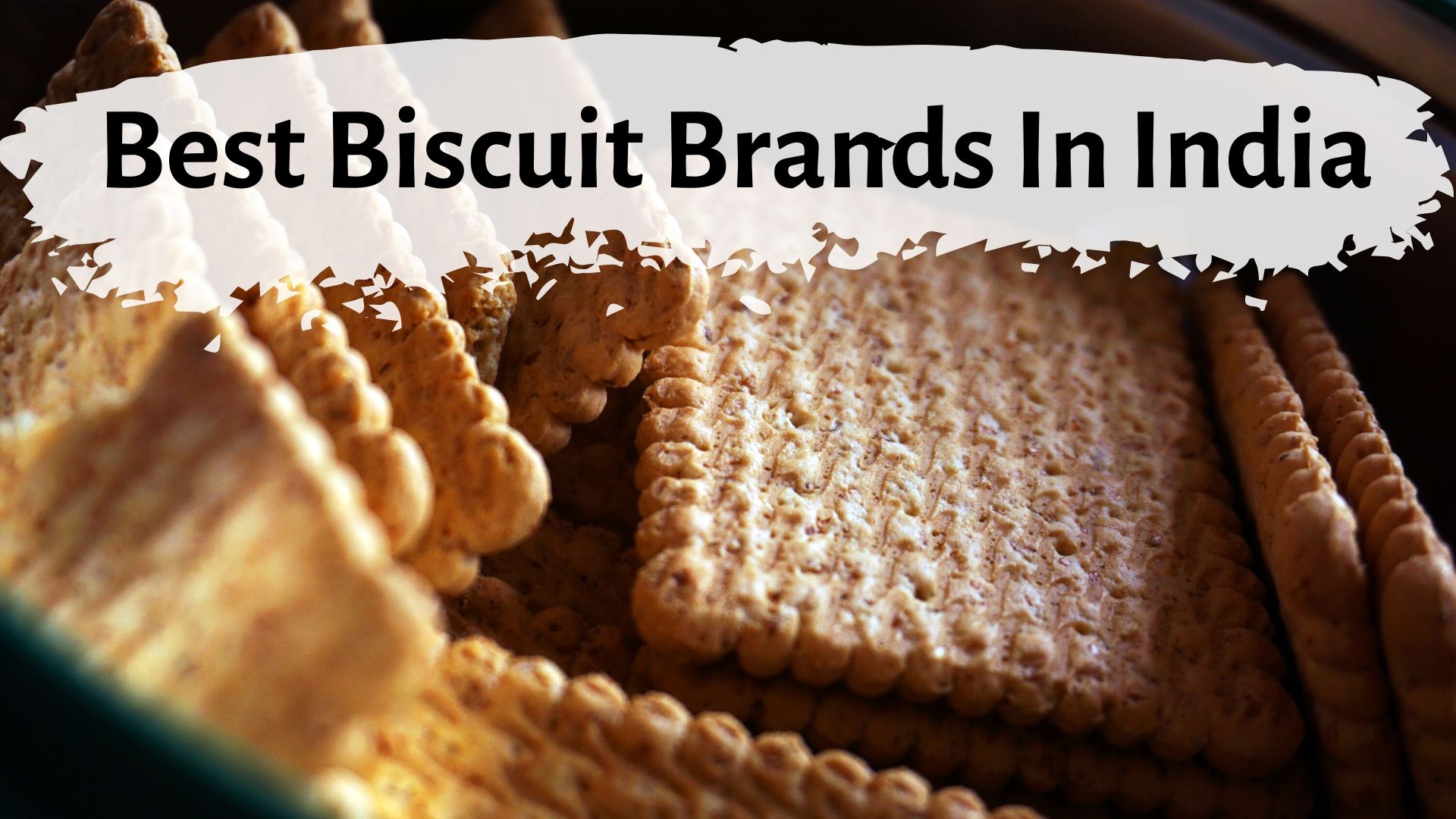 Be it a rough day after office, or just some munching up to kill the time, biscuits have been our perfect companion for longer than I can even remember. And as this food is becoming, in some way or another, a part of our daily life, capitalism has swooped in to do its part yet again.

While Biscuits are undoubtedly are a national favourite and every Indian just loves it when they get Diwali gifts filled with biscuits of different kind, which leads to separation of biscuits and most often the cookies are reserved for the guests, diet biscuits are reserved to befriend tea, and the cream biscuits go the kids.

Everyone has a different liking and the very capitalism keeps surprising us with endless amount of twists with each new product in the market. And rightly so, the companies try to serve to all age groups with their wide range of products, so that you don’t run out of options, ever.

Let’s take a look at the Top Biscuit Brands in India that are ruling our hearts and our bellies :

A brand that started with a conefectionary run by 12 people in 1929 is one of the biggest and leading biscuit of India and also the one that seems to have really understood the art of catering to the market. “Parle-G” still remains one of the top priorities with a cutting chai before rushing to the office or getting something to get you through the day as you attend those boring lectures that just won’t end. And if that doesn’t impress you enough, it is the largest-selling Biscuit brand in the world according to a Nielsen survey.

But Parle isn’t just a name that is associated with biscuits only. It’s Mango Bite still remains to be a candy that will take a lot of people back to the days when they used to run around in their school shorts and would ask their mother or father for a few extra pennies just to get the candy.

And now it has spun a web that is sure to take down a lot of players in the market by serving Rusks, Namkeen, Salted Wafers, Nacho Chips, almost everything to make those taste buds rejoice.

Being one of the most trusted food brands, introducing India to names like Good Day, Tiger, NutriChoice, Milk Bikis and Marie Gold and putting them in our groceries baskets just because it’s hard to resist the taste is a job that only Britannia can do.  Britannia’s line-up consists of Bread, Biscuits, Rusk, Cakes and Dairy products including Cheese, Milk, and Yoghurt.

The company began working on the Britannia Nutrition Foundation in 2009 which brought forth an opportunity of public private partnership to address malnutrition amongst under-privileged children and women.

The company has a global footprint and India is just one of the markets where the company intends to invest largely considering the ever expanding consumer market that are country is and is quickly evolving that also provides them with the kind of labour that they require to keep the chain running smoothly and efficiently, without any hassle. 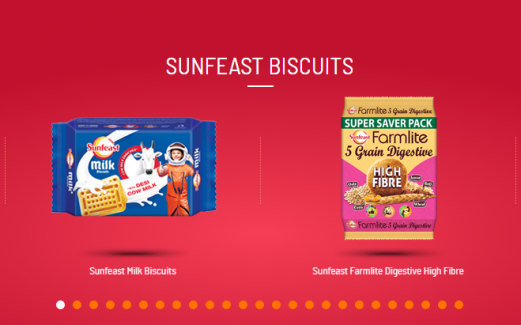 In July 2003, ITC jumped into the market of biscuits and cookies by launching a range of biscuits under the name of Sunfeast. Since then, Sunfeast biscuits have been a synonym for quality, making their way into small homes and even the bigger and more expensive parties by launching the new range of Dark Fantasy biscuits that didn’t take long to become a common name in premium biscuits.

Sunfeast boasts of offering new creation from the company highlighting their innovation and deep connect with not just the business end of it but lso the consumer end.

Recently the company has ventured into other areas of packaged products as well and seems to be offering unmatched quality with a taste that is bound to make you want it more. Maybe that’s one of the reasons that people just cant get enough of it. Whatever the product may be.

Priyagold Biscuits are a favourite of millions of Indians who have grown up eating them over the past years. Personally, for me, this brand only takes me back to my days of school when Priya Gold used to be the only brand that would come up with the best cream biscuits, but now, it doesn’t hold such a strong monopoly over the game.

Garnering unparalleled love and conviction from their customers, the comoany witnessed its expansion and decline courtesy to FDI and globalisation. Priya Gold products can now be found in 20 countries worldwide making them one of the biggest players of not just biscuits but confectionary items including cakes, cookies and other eatables that drip delicacy in every bite.

Priyagold has been the producer of many of the leading biscuits and its popularity speaks volumes about it too. The reach of names like CNC, Snacks Zig Zag, Butter Bite, & Marie Lite have made them gain strong holds to command a sizeable market share, keeping in mind the intense competition from the profound players in the battle.

The company has set up world class factories with technology that is mind baffling and is based out of Greater Noida where it also has its biggest manufacturing plant. Since birth Priya Gold has strived to only look forward and use its nostalgic association to bring better and more enjoyable flavors.

Originally named as Anmol Industries Limited, the company is yet another player in the market with, much like other brands, majorly focuses on cakes, biscuits and cookies. Anmol’s presence in the Northern and Easter states of India is nothing less than an accomplishment and its efforts to maximize in the Southern half of India is also proving to be fruitful too.

Since 1994, Anmol has used its brand presence and diverse product line-up with an elaborate supply chain to rule over the hearts of their customers.
The hardworking team of the company has made it become a common name and its presence in the market comes from the fact the company didn’t try and stick with just a few varieties but innovated so much that it basically made them prone to any fall in the market. They have a lot of options for an ever shifting consumer demand.

With their tagline – “Yours tastefully” – Anmol is treating the consumers with the gift of quality and taste to hit not the consumers’ minds but their souls as well. 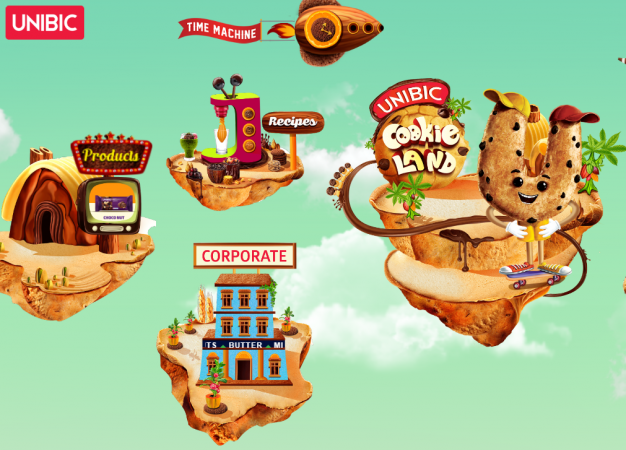 Having taken birth in India in 2004 with the  help of Anzac and Bradman cookies. With over 30 fresh variants, Unibicc’s range has constantly evolved, timely bringing in innovative flavours to cookie maniacs throughout the world.

Working their way up in the market out of Bangalore, Unibic is getting xtremely popular recently due to ints intervention in the premium market which enables them to provide the taste that they aim to deliver to each and every one of its consumer. Unibic’s rich and wholesome cookies deliver the very taste that the company boasts of proudly.

Run with the efforts of 800 indivduals, Unibic has delivered a smaller lineup as compared to the other players. But who needs more for no reason at all? Unibic alreadyhas huge chunks of profits to their names.

In 1978, Mrs Rajni Bector decided to evolve her passion for making ice cream into a backyard enterprise. Little did she, and the people around her, know what her passion would turn into one day. Cremica today stands as a food products giant with innovative products in the lineup, unique fillings and a taste that makes it stand stiffly amongst its competitors.

But considering the ground it has gained and the taste it claims of providing, it won’t be wrong to say that the company, at least as of now, is an underdog in the market and needs a little more time and investment to make it grow at an even higher pace.

Cremica, since its arrival has maintained high standards in terms of taste and quality and customers only want this very thing to stay unchanged, and while some other brands are allegedly using food color and preservatives, Cremica promises to ensure only the best reaches its consumers that hold the brand highly. 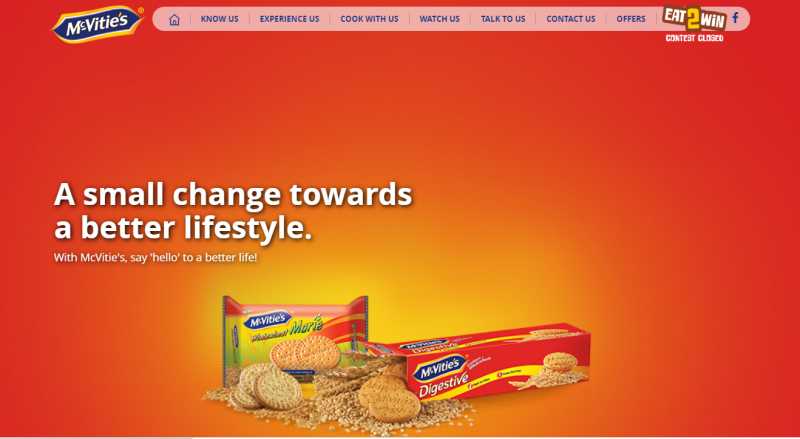 McVities, as compared to other brands is fairly new in the game considering their time spent in the Indian market, but it has been 10 years since they came in and McVities have made a commendable presence by launching their famous products in the Indian market with their “first wholly-owned factory outside of Europe” in Chandigarh, India.

McVities started way back in 1830 in the city of Edinburgh, and from there, it has grown to be one of the leading names in the market worldwide. Soon after launch in Nigeria, the company topped the imports list of the country.

Expansion of London, Industrial revolution, changing economic policies of the time helped McVities gain a firm ground. So much so that they even sent out ‘Iron Ration’ biscuits for the soldiers during World War I. While others are busy trying to fight for the throne, McVities has already spread its wings and has left a huge legacy behind it, which is also a factor in their ever spreading and increasing growth along with popularity and presence.

Patanjali is a brand that came out of India’s so to say “Swadeshi Movement”. The famous Yogi, Baba Ramdev urged the Indians to discard foreign-made products as the quality of the products are most often not up to the mark and gave the country his own version of a brand that is “Indian and pure” in its core.

Patanjali biscuits offer a unique taste thatn most of its competitors and provides a sort of homeliness that is expected of the brand. While the brand is not just limited to making food products, it has gained a massive share by making people choose “Swadeshi”.

The consumers enjoy the variety in the products and how much at par or even much better Patanjali Biscuits are. Moreover, the inclination of Indians towards this brand seems natural, not rejecting the fact that it offers richness in every bite, just like it promises. It does not compromise on the quality no matter how many customers become a part of the family and no matter how many people believe it’s soon turning into a conglomerate that is much like the Western companies, only in disguise.

Ravi foods started 15 years ago as a brand that offered customer a number of products ranging from biscuits, wafers, cookies, chocolates, cakes etc and today ows 15 state of the art manufacturing centers all over India broadly under 3 brands by the name of – Dukes, Treff and Dynas.

Recently setting up a new facility with an investment of USD 20 million, RFPL is aiming to hit at the market in an unprecedented way. They are ready to give a thrust to their technological limitations by importuning machinery for the new facility from Europe.

Dukes implied a strategy in the beginning of their setup in the country, hitting the Tier II cities and gaining a hold of the supply chain. Their somewhat monopolized chain and dedicated team work enables them to grasp the soul of the country that is ever changing. In 1998, Dukes also set out to other nations to expand its popularity and consumer base. It would be foolish to say that the company failed to accomplish its task as today it has a fairly decent hold in the global market.

The company now seems to be more oriented towards what lies ahead of them and how big of a chunk can they hold of the market that only seems to have a brighter future ahead and is already so complex that every other brand is trying to penetrate into the local stores.