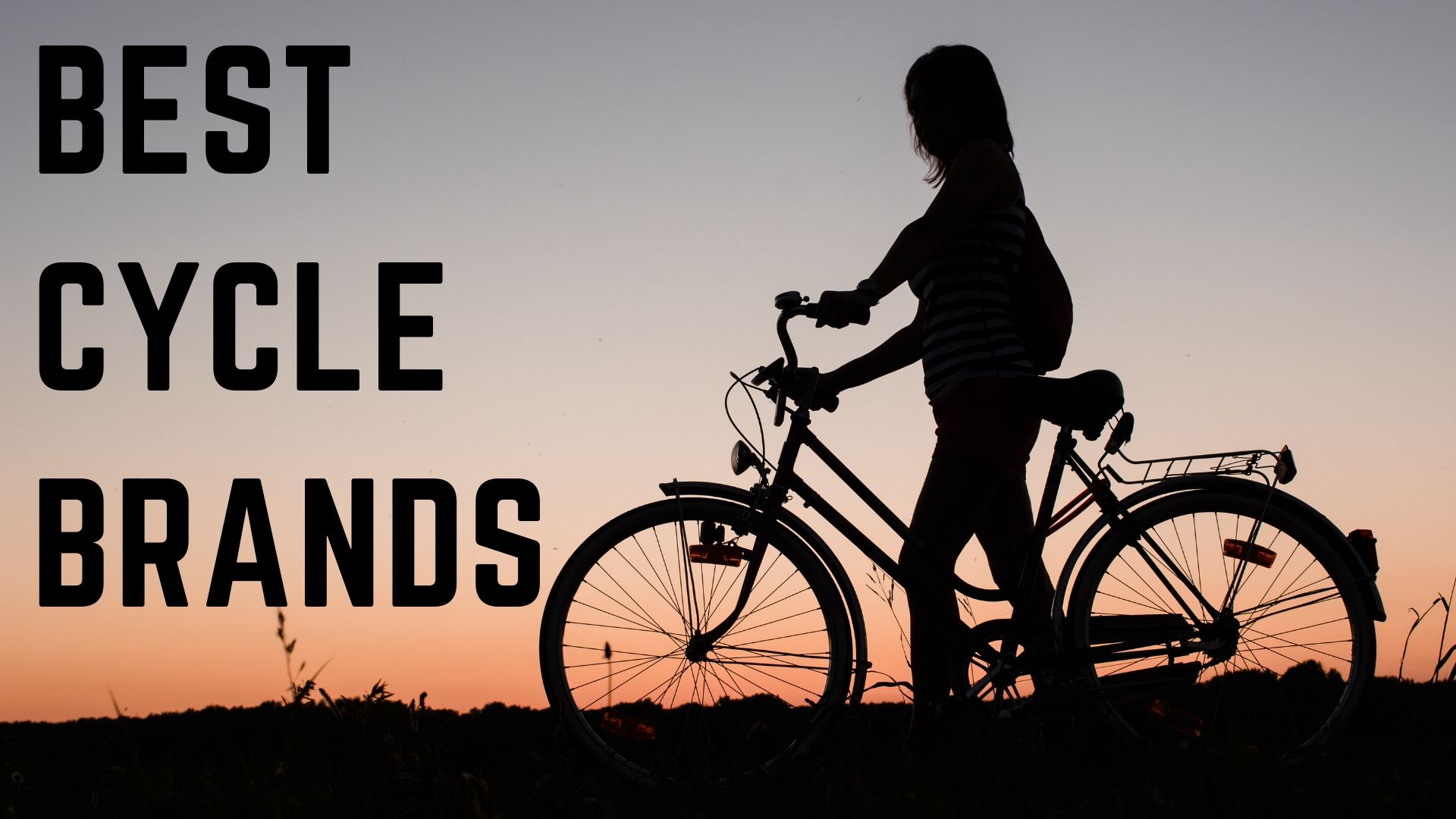 I would be lying if I said that the cycling culture in India has come into existence in recent times. Bicycles have always been a means of commute for several years because they provide a cost-effective transport option for the urban poor.

However, with research proving that using bicycles, even for short-distance trips, in densely populated and polluted Indian cities and towns save a huge amount of money, people from all age groups and strata are considering bicycles as their go-to-mobility option.

Moreover, bicycles have always been a favourite among young children and with brilliant colours and graphics that the new age bicycles have they are becoming an absolute range. In addition to these are the fitness aspect and the success of Indian cyclists at the International level have led more people to take up bicycling as a hobby.

Given the present quarantine situation, most of you might be contemplating buying bicycles once the lockdown is uplifted to flex your rusted bones. Because we all can agree on the fact that venturing new places to connect with nature can be best done on bicycles. Now, comes the most important part.

To make the best purchase we need to know which product completely satisfies our needs. There are several cycle brands in the Indian market so I am pretty sure that many of you are confused about which bicycle is the best. There are so many factors that can dominate the purchase. Budget, gears, speed and comfort are to name a few.

Since its inception in 1951, Atlas has successfully provided quality bicycles to people in India and beyond. ISO-2015 certification from British Standards Institution guarantees the company’s authenticity.

Atlas was the first brand to introduce the concepts of power brakes in the world and twin suspension double shocker bike in India. Atlas produces cycles of various segments in affordable range and bright colours.

They are easy to ride and have a low maintenance cost. With the new range of cycles in AquaFire, Roar, Ultimate and Peak, Atlas has successfully combined comfort, style and speed.

The geometry, designs, tyres with excellent grips and frames that are sturdy and durable ensure that these bicycles will put you on stead for years to come.

This brand has carved its niche in not only the market but also the hearts of uncountable Indians since its inception in 1951. It was set up by Pahwa brothers in Punjab. Around 250 bicycles rolled out its plant as a part of the first batch, and now Avon Cycles manufactures more than 5000 units per day. The initial designs were simple and mainly targeted the common man of the country.

With time, Avon has expanded its horizons and now manufactures different bicycle models that include geared bicycles, roadsters, MTB, kids, e-bikes, and cyclux, among others. The bicycles are very affordable and pocket friendly. I am sure that many of you have grown up riding these cycles.

They were a rage among young boys and girls as I was growing up because of their light weight and easy handling. Considering the fact Avon Cycles were and are still owned by many students and office workers alike, it is pretty clear that they are durable and strong.

Decathlon is a favourite among sports enthusiasts. The bicycle division of the French company was formed in 1976 and later re-christened as B’twin in 2006. With a vast price range and variety of styles, there is one B’twin Cycle for everyone.

Steel and aluminium alloys are used to make the framework of these bicycles depending upon the usage. Right from single speed to 16 speeds, you can choose one according to your utility. These bicycles also have very smooth gear shifting. These bicycles come with a warranty of 2 years.

While carrying out my research for different bicycles, I even found that some B’twin bicycles offer a lifetime warranty on the frame and free premium service worth 999/- in the initial 6 months. Most of the cycles are single, simple and robust. Some of the bicycles made for kids are also customizable. Another factor that stands out is the size chart offered for all bicycles.

To solve the issues of people who travel by train, metro or bus and then have to walk to their destination, the folding bicycle range of B’twin comes handy. B’twin bicycles are ideal for bike enthusiasts and racers alike. Whether it is leisure riding or a professional search for some unexplored territories – B’twin is an excellent partner.

Founded in 1971, an American brand, Cannondale, started as an outdoor and camping gear company, that eventually moved into the bike market in the 1980s. Cannondale brand was later purchased by Canadian firm Dorel Industries in 2008.

They are mainly known for its range in road bikes. Besides this, the brand also offers an exclusive range of Mountain, Kids, Electric and fitness bikes. Designing of the bicycle frames and other key components together as a system ensures a better performance. They make high-end bicycles that are mostly made aluminium and carbon fibre frames. These endurance-focused bicycles, are less prone to damage and ensure comfortable rides on even tarmac terrains.

The company is the pioneer of the cutting edge bottom bracket technology. This greatly helps the pedaling efficiency of the rider and is now used by several other companies. The Cannondale bicycles come with an upright riding position as well as easy-reach ground elevation.

These cycles too fall in the higher cost range and might not be very easily available all over India.

Don’t confuse this with the search engine, though these bicycles will surely help to quench the thirst of your search for perfect rides.

It is a Delhi based company that was founded in 2009 and later acquired by Hero Cycles. However, it is undeniable that Firefox has its own identity. This brand revolutionized the bicycle designs in the country with its stunt and hybrid bicycles.

They have a wide range of models like Mountain Bikes, Hybrid Bikes, Electric Bikes and Road Bikes. For children, they have two range of bike based on age. So if you are planning to buy the perfect bicycle for a kid and you are worried which of the many options are suitable, then Firefox Cycles are your go-to place.

Firefox ensures bicycles of high quality and international standards that will make your ride smooth and comfortable. The price range varies and falls a bit on the higher side. The high-cost models can be justified as these bicycles have features like internal cabling, patented technologies, aerodynamic frames and QR wheels.

Much like its namesake Roman God, Hercules has proved its worth over a 100 years now and has stood the test of time. Established in 1910 in the United Kingdom, Hercules entered the Indian market in 1951.

Now it operates as Tube Investments of India Limited and has its headquarters in Chennai. From practical and extremely functional bikes to sturdy, super stylish, easy to manoeuvre and sporty bicycles, Hercules has it all. Hercules boosts the spirit of adventure and is definitely made for more.

The bicycles are easily affordable and have emerged as a trusted brand. Reliable and rugged, the Roadsters are emerging as favourites. The geared bicycles made by Hercules are very popular among teens.

These bicycles are equipped with features like disc brake21-speeded gears and a lot more. The comfortable seats make cycling tours very comfortable. Because of its reputation, you can easily get your bicycle serviced.

Hero Cycles is another Indian brand established post Independence in 1956 in Ludhiana, Punjab. It started with manufacturing bicycle components. Today, Hero Cycles is one of the world’s largest manufacturers of bicycles and produces around 19,000 cycles every day.

The company also exports to over 70 countries with the likes of Germany, Poland, Africa, Finland, UK and Europe etc. Despite being a reputed company for more than 60 years, these bicycles have always been affordable. The bicycles are well known for their sturdiness and durability.

Bicycles with gears ranging from single speed to 26 speed, you can surely find one that fits your needs. Bright colours with smart geometry and designs will make you fall in love with them at first sight. These bikes are light and corrosion-resistant.

Since its inception in 1974 in a Southern California garage, Mongoose has pushed its limits to provide the best bicycles. Mongoose uses lightweight alloys and magnesium to build most of the models which are under categories like Mountain Bicycles, Street Bicycles, and BMX.

Such frame-works guarantee high tensile strength and damping capabilities. These bicycles are extremely firm and resistant to wear and tear. You can grind it to the ground and still keep riding.

Although known for its simplicity and durability, Mongoose also engages advanced technology to explore a range of unorthodox designs. Alloy rims enhance safety. The pedals are also strong. Mongoose bicycles are budget-friendly for all bicycle-lovers and this is one of the primary reasons for its appeal to.

It is difficult to find similar features in other bicycles in a similar price range. With time you might need to upgrade parts but it is surely a good investment.

BSA, one of the premium brands as far as bicycles are concerned and later acquired by Murugappa Groups, launched Montra bikes in 2011. Montra prides itself over being the producers of first high-performance bikes in India.

In 2012 it also became the first brand to introduce Titanium bikes in the country. The bikes were known as Montra Country Titanium. Montra caters to the needs of 6 categories namely- Mountain, RTB, Road, Hybrid, Urban Sport and Kids so irrespective of your age pr requirement you are sure to find a bicycle that meets your expectations.

Montra is what most of us will call a medium-range brand, so if you are thinking of buying one, it won’t create a hole in your pocket. You will agree that durability and build. Rest assured, you can put a tick in these checkboxes because this brand passes all tests of robustness.

Most bicycles have a frame of aluminium alloy. Hence they are corrosion resistant, light and less prone to fracture. While Montra bicycles’ precise geometry and remarkable design ensure that you will fall in love with them, their comfortable seating position, excellent grip and responsiveness will ensure a smooth journey.

The Raleigh Bicycle Company was established in 1885 in England. By 1913, it was the largest bicycle manufacturing company in the world. The frames of Raleigh bicycles are made of custom-formed butted alloy tubing that reduces the overall bulk of the frame and makes the handling easier.

This relieves you of the burden of hauling around a heavy bicycle. These bicycles are provided with specialized grips on the handles known as Raleigh comfort grips. They increase the comfort so that you can hold on to your bars for an extended period.

So get ready to bid adieu to those cramps or annoying sensations that are a part and parcel of clinging onto bicycle bars for extended periods. They also come with mounts that are rack and fender ready.

If you have an adventurous soul, then a Raleigh bicycle will prove to be your best friend on off-road ventures and unpaved paths. Their classic look combined with modern frame technology gives these bicycles not only a svelte look but also the sturdiness it needs.

Focusing on endurance body geometry ensures an upright riding position reduces discomfort in your neck and back after long rigorous rides and helps maintain a better posture. Raleigh bicycles are very good investments for all bicycle lovers.

I hope that now you might have obtained some clarity regarding which brand of bicycles you should opt for. Bicycles not only help in maintaining fitness but also decrease pollution.

While the urge to go out and bicycle to your favourite place might be high, please remember that we all need to stay home to stay safe. Meanwhile, refer to this article, visit the official sites of these brands, explore different models of bicycles, compare and make a smart choice.

Scroll back to top