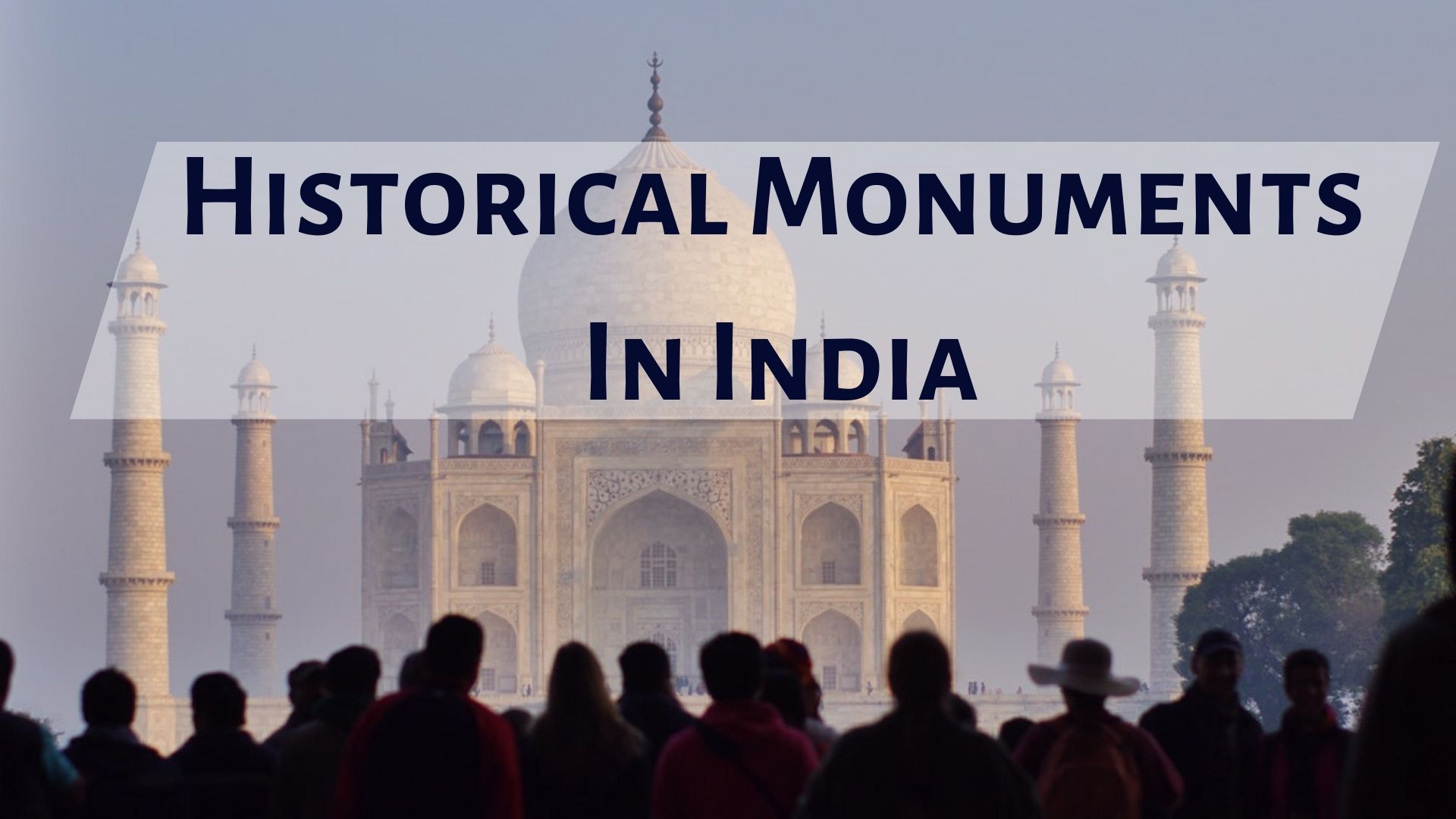 India is a country well known for its culture, heritage and the diversity it has. It is no surprise that our county has been ruled by various emperors l and rulers and they have very well left their mark on the soil of the country. There was a time when India was known as the Golden Bird and there was a reason why it was named so.

India is a place that boasts of a lot of known and unknown heritage. And it will not be wrong to say that each and every corner of India has atleast one such monument. So when you have plans of visiting any place of India, you are sure to get confused about what places to visit and what not, right?

So if you are wondering that you have limited time and resource and thus want to visit the best heritage places in India,

Check out these top historical buildings in India and you’ll not have any more confusions: 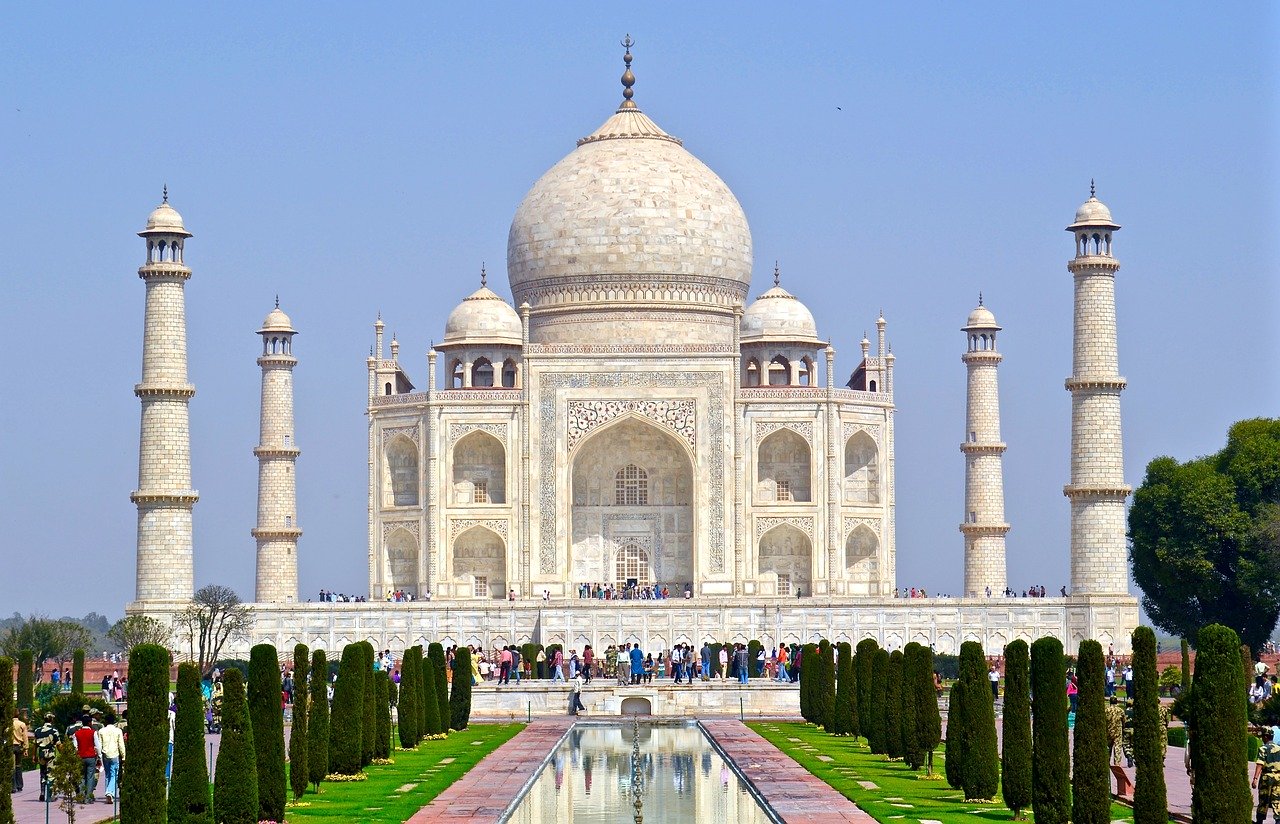 Taj Mahal is one of the most beautiful historical monuments that you can ever find in the world and hence it has been enlisted as one of the Seven Wonders of the World.

There is a very beautiful story behind its creation. It was built by the Mughal emperor Shah Jahan in the memory of his beloved wife and it is considered as an epitome of true love. It is built with white marble and is a blend of the Turkish, Persian and Indian cultures. It is a must-visit historical monument in India and is situated on the banks of the holy river Yamuna in the city of Agra in Uttar Pradesh. 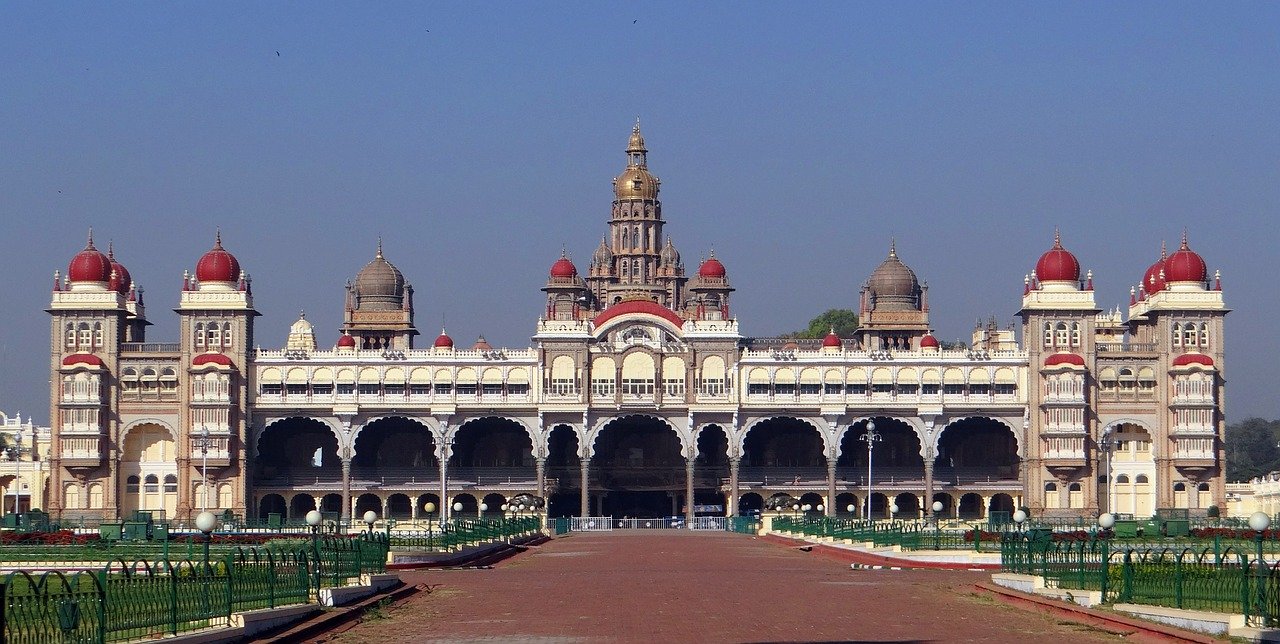 In the royal city of Mysore stands the Mysore Palace, the former residence of the royal family of the Maharaja of Mysore. The original wooden structure was accidentally burnt down in the year 1897 and it was reconstructed by the 24th Wodeyar King in the year 1912.

It is a three storeyed structure having arched square towers which are enclosed by domes. It took almost 15 years to build this palace and it was made completely of wood. The Mysore Palace is a great blend of the Hindu, Muslim, Gothic and Rajput architectural ideas and the awesome looking lights that are used in the evening are just marvellous ! 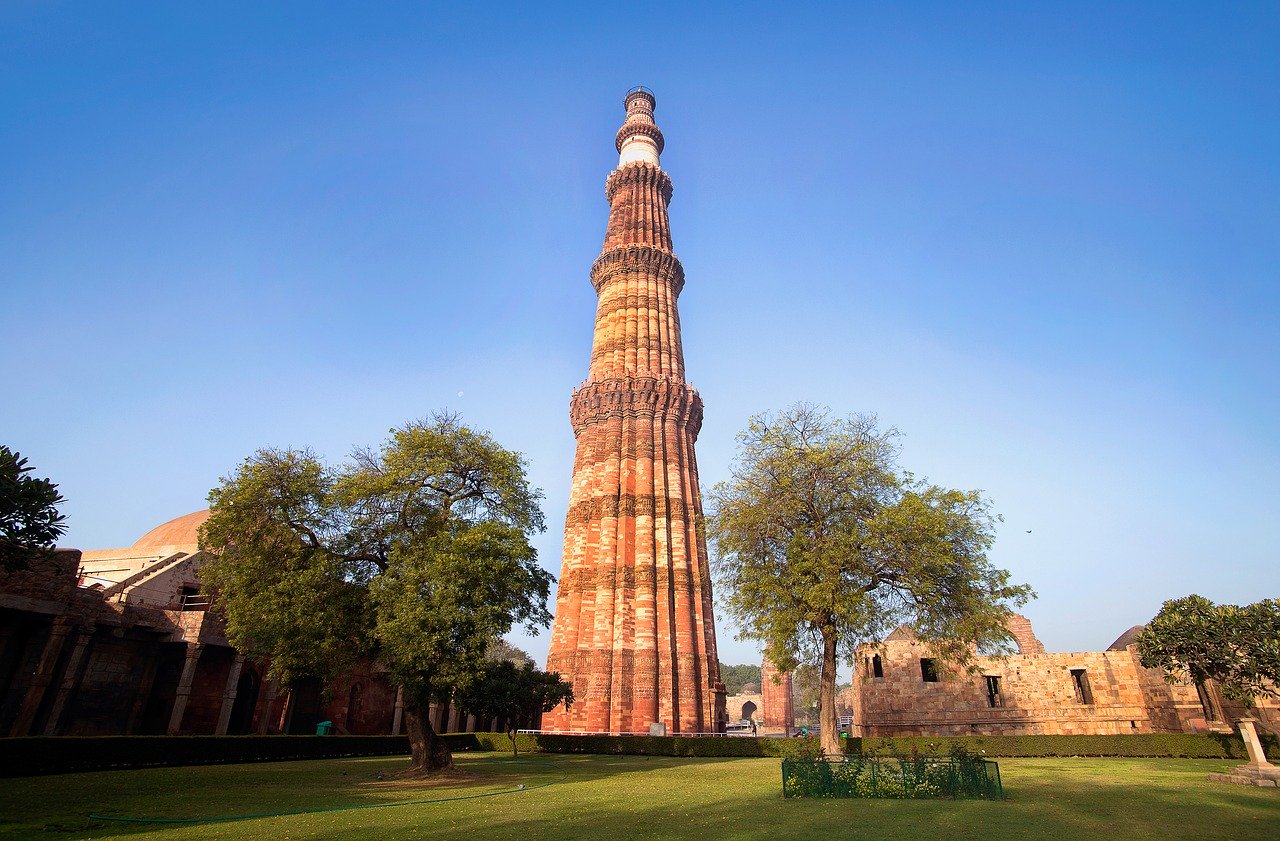 Qutub Minar is the highest stone tower in India and the highest brick minaret in the world. It was made by the founder of Slave Dynasty Qutab-ud-din Aibak but was completed by his son-in-law.

It is built exclusively in red brick and sandstone which makes it a treat to watch. It is surrounded by lush green manicured garden and the Qutub Minar complex also houses other historic monuments like Iron Pillar of Delhi, the Tomb of Iltutmish and the Alai Minar. 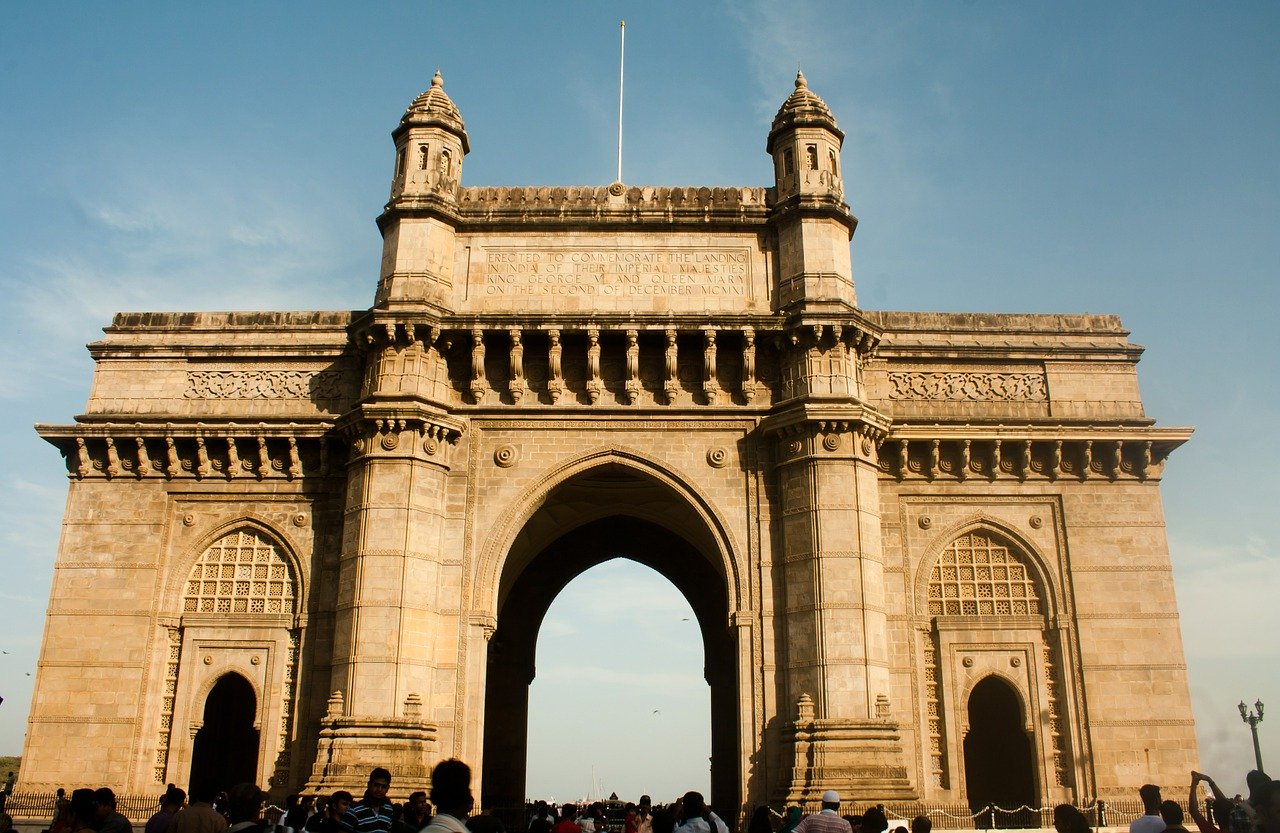 The Gateway of India is a historic gate like structure built to commemorate the visit of King George V and Queen Mary to India. It is situated in the coasts of the Cobala district of Mumbai and overlooks the Arabian Sea.

It has a special history attached to it – the last army of the British regiment left India through this gate in 1948 and India became independent. It is a basalt arch-like structure built by the British architects in Indo-Saracenic style! 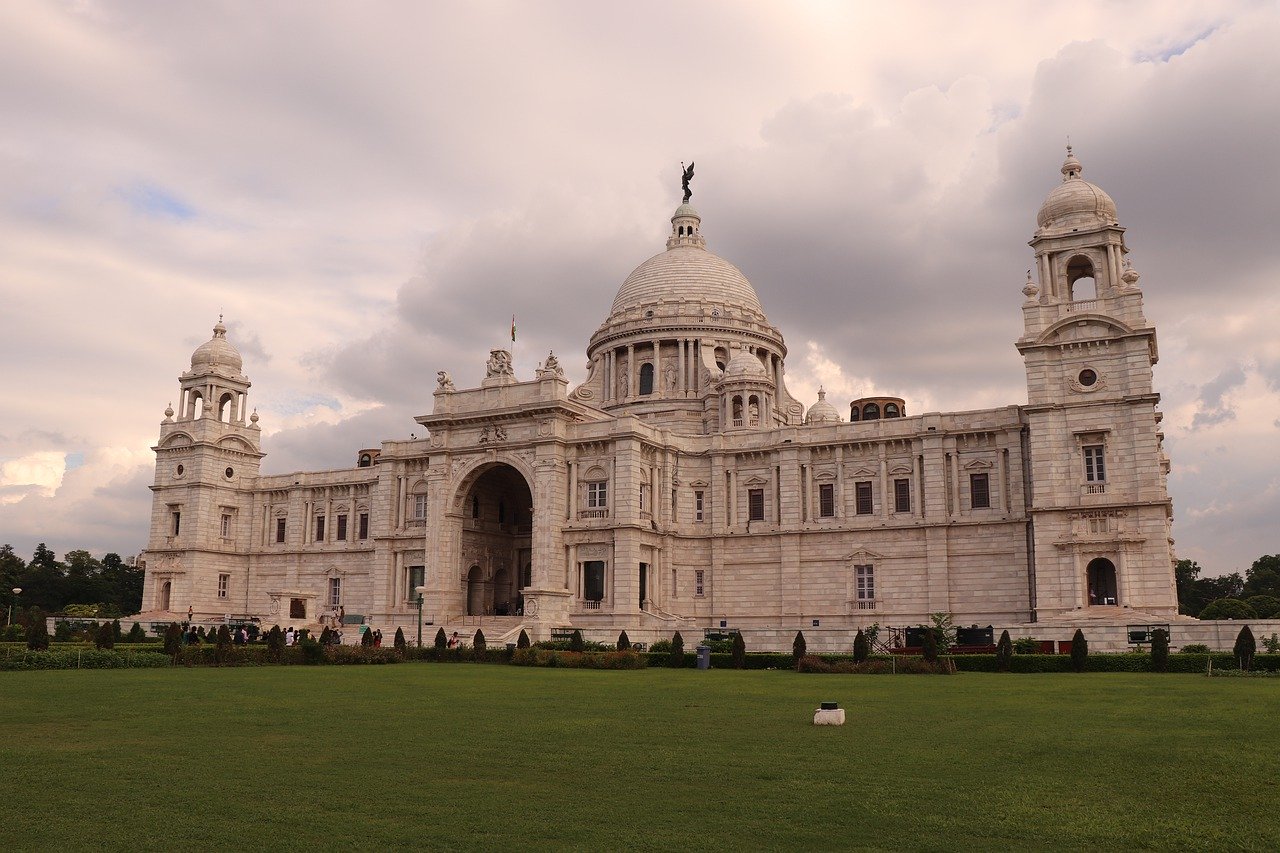 It is known as the White Marble architectural wonder because  it is made completely of white marble. It was made as a dedication to Queen Victoria and was made by the British architect Sir William Emerson.

At first look, the palace looks like a heavenly place situated amidst lush green gardens. The inside of the palace serves as a museum that has a great collection of manuscripts, paintings and sculptures of the British Empire. 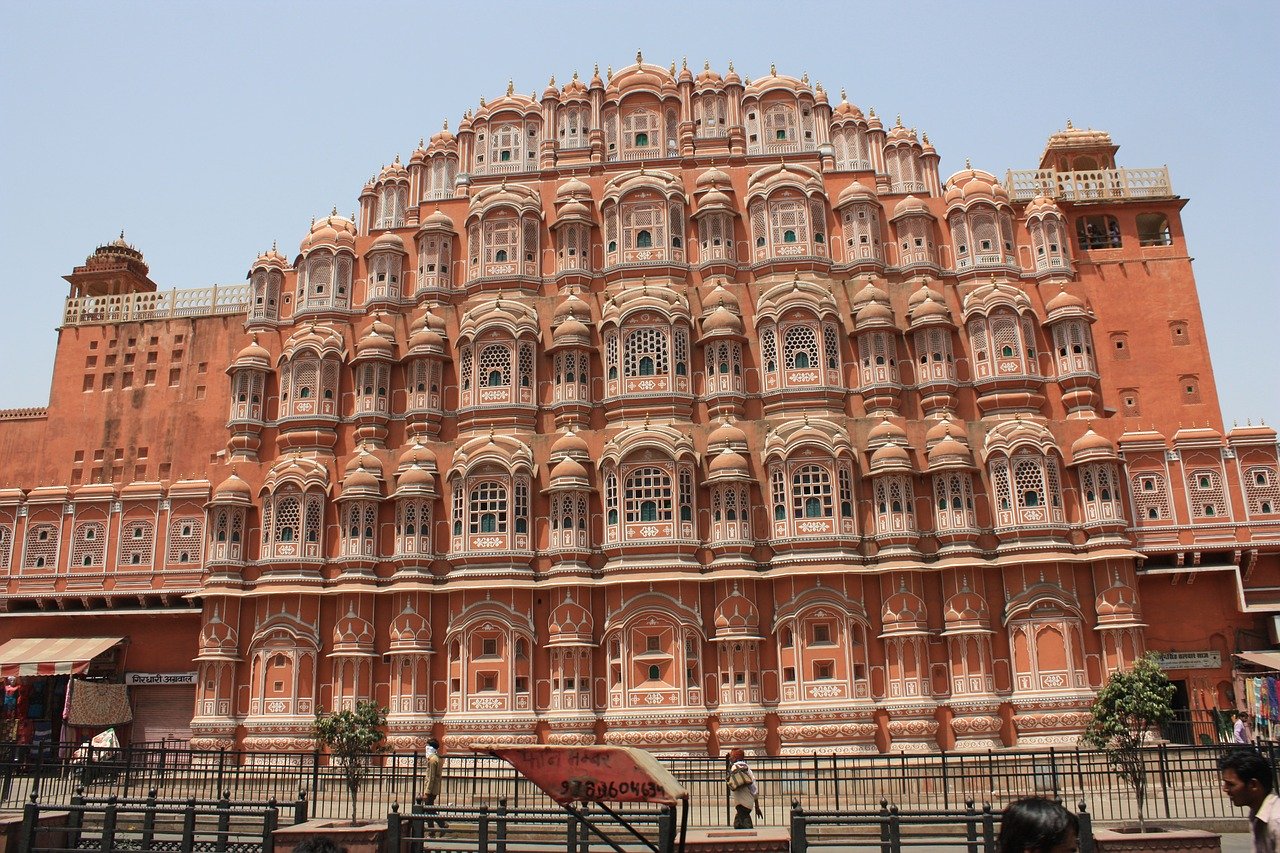 Hawa Mahal is a great piece of architecture which is a clear symbol of the artistic excellence of the Rajputs of Rajasthan. It is also known as the Wind Palace of India and gets its name because of the wind gushing in through the 953 windows of the palace in every season.

It can be named as a stupendous mixture of the mind and beauty. The structure is pyramid shaped and five storeyed and is made up of red and pink sandstones only. It was made by Maharaj Sawai Maan Pratap Singh for the women of the royal families to boast of their status. It is situated in the capital city Jaipur in Rajasthan and is a must visit. 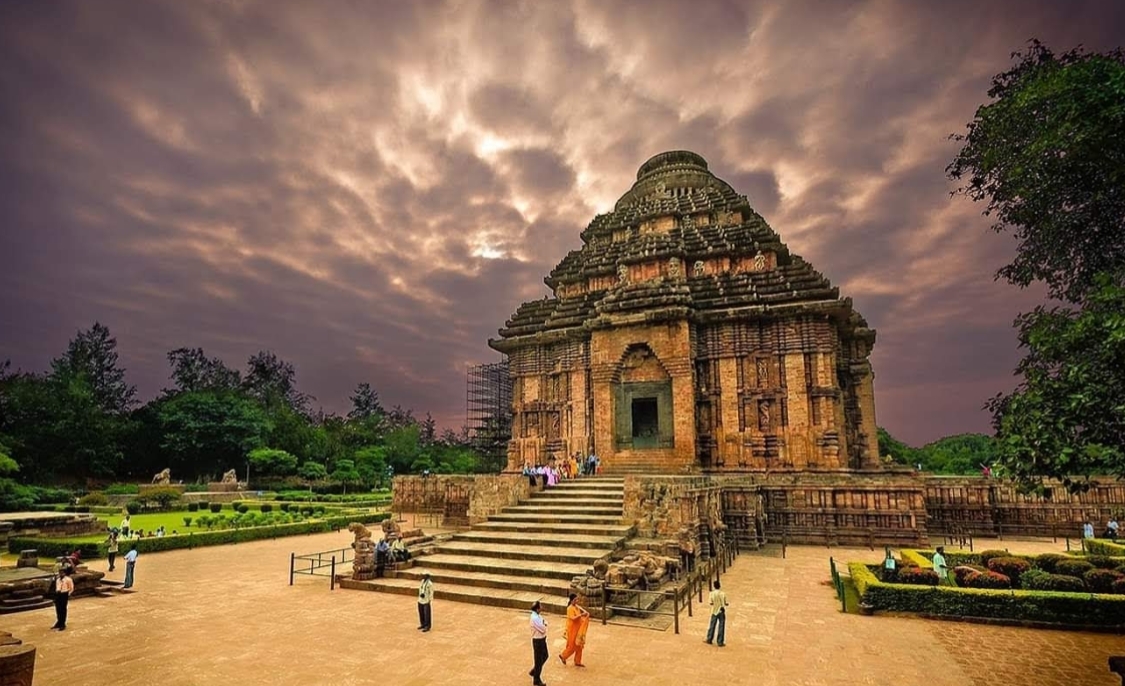 If you are looking for a historical place which should be capable enough to leave you dumbstruck, then the Konark Sun Temple of Odisha is the one you are looking for. It is a magnificent creation of art which is  a combination of beauty, brain and intelligence. And around 60000 workers were involved in the making process of the Sun Temple but it was finished by a 12-year old kid!

It was constructed in the 13th century by the initiative of the then King Ganga Narasimhadeva I. The temple is the palace of Sun God and is made as a chariot. And it stands out of other monuments as each and every inch of the structure is made with great scientific measurements, because of which it is still standing strong even after hundreds of years! 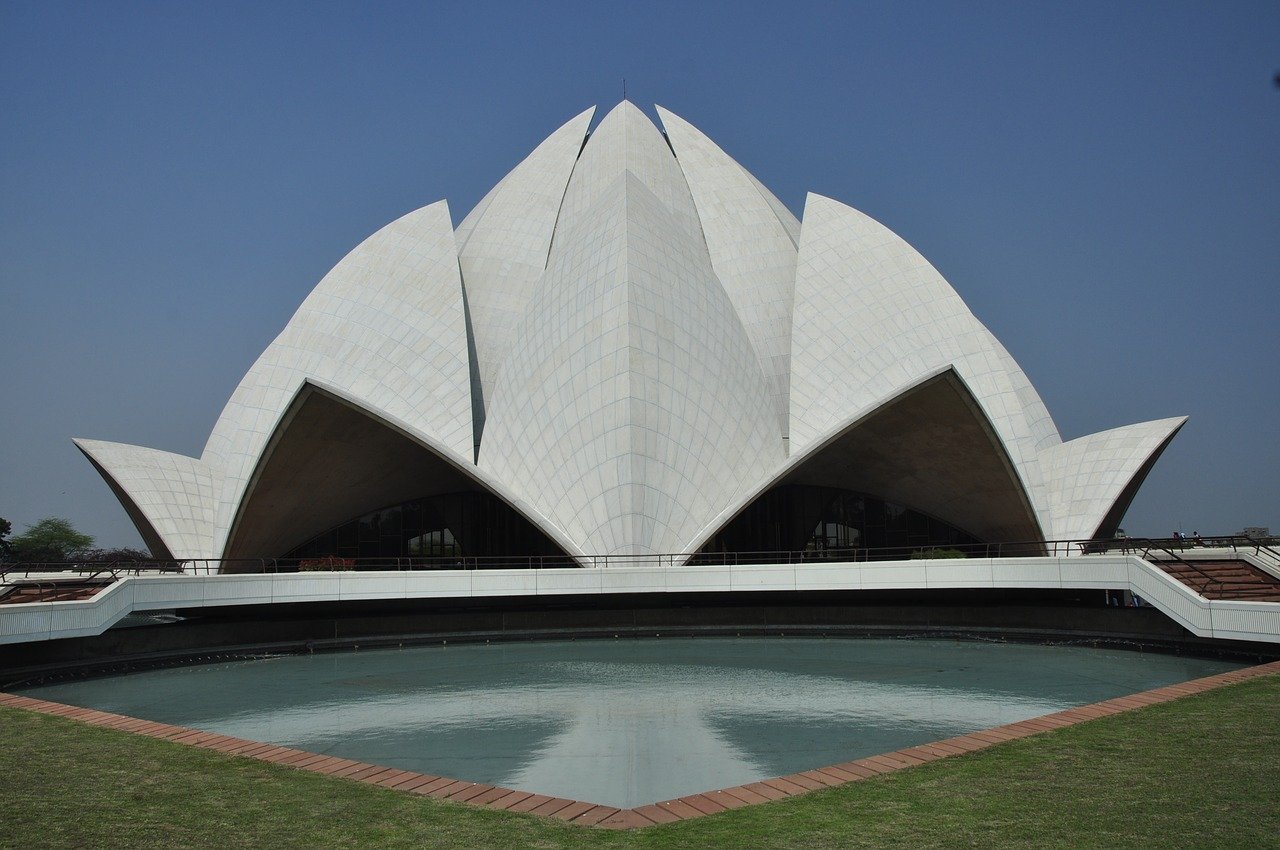 Lotus Temple, also known as the Bahai Temple, is one of the biggest tourist attractions in Delhi. It is built with dedication to the Bahai Faith, which is known to be the spiritual unity of mankind.

The Lotus Temple is built in the shape of a lotus and is one of the eight continental House of Worships built all around the world. It is an epitome of peace and meditation, and is a must visit for those who are in search of peace of mind! 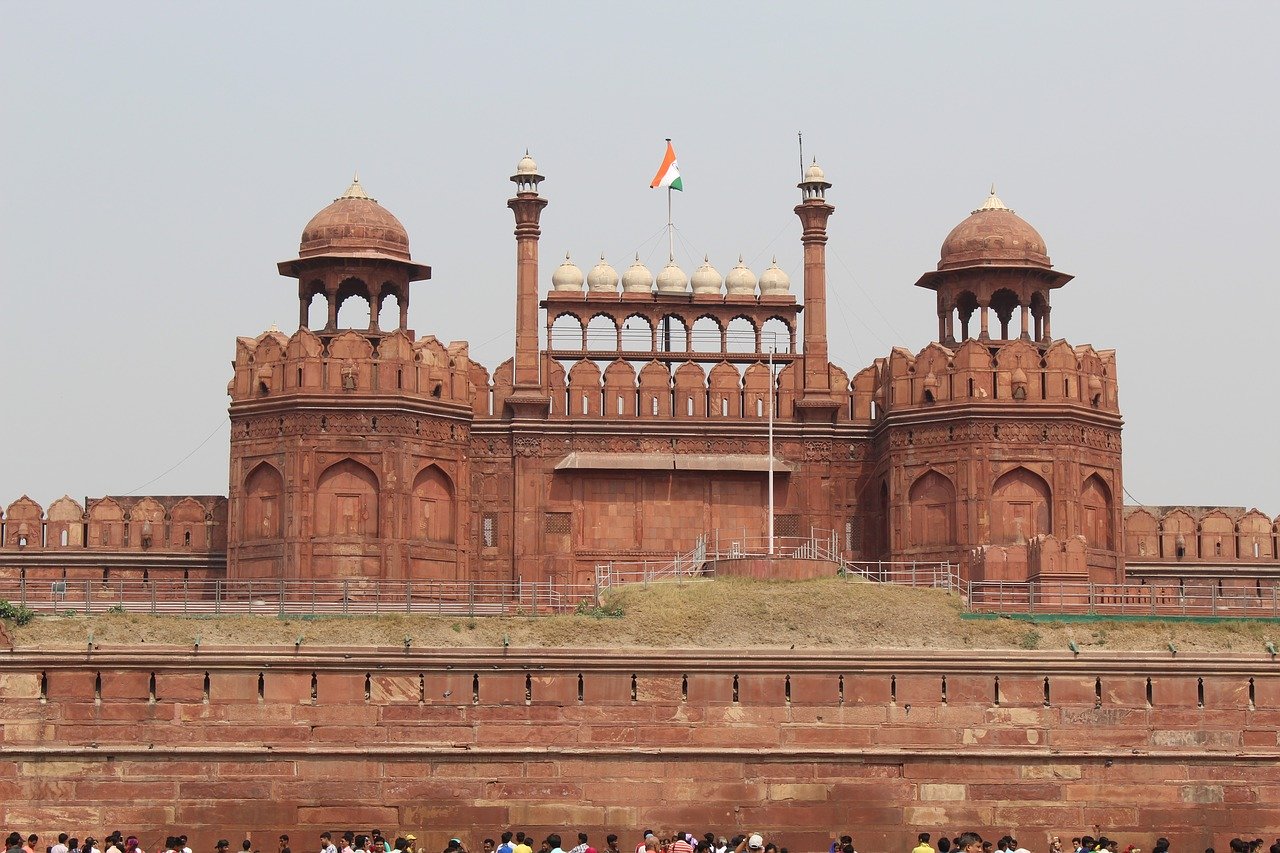 Red Fort, a World Heritage site, is one of the biggest tourist attractions in Delhi. The octagonal fort, made up of red sandstone, stands tall in the middle of he busy Delhi road.

It was built by the Mughal emperor Shah Jahan, as it was his residence when he shifted his capital from Agra to Delhi. It took about ten years – 1638 to 1648 – to build it. And the funny fact is that the Red fort wasn’t red when it was built.

It was made from white limestone but when it started cracking the British people reconstructed it with red sandstone! One of the best places to visit inside the fort is the Palace of Colours or the Rang Mahal, which was the entirely colourful residence of the king, the queens and the maid. 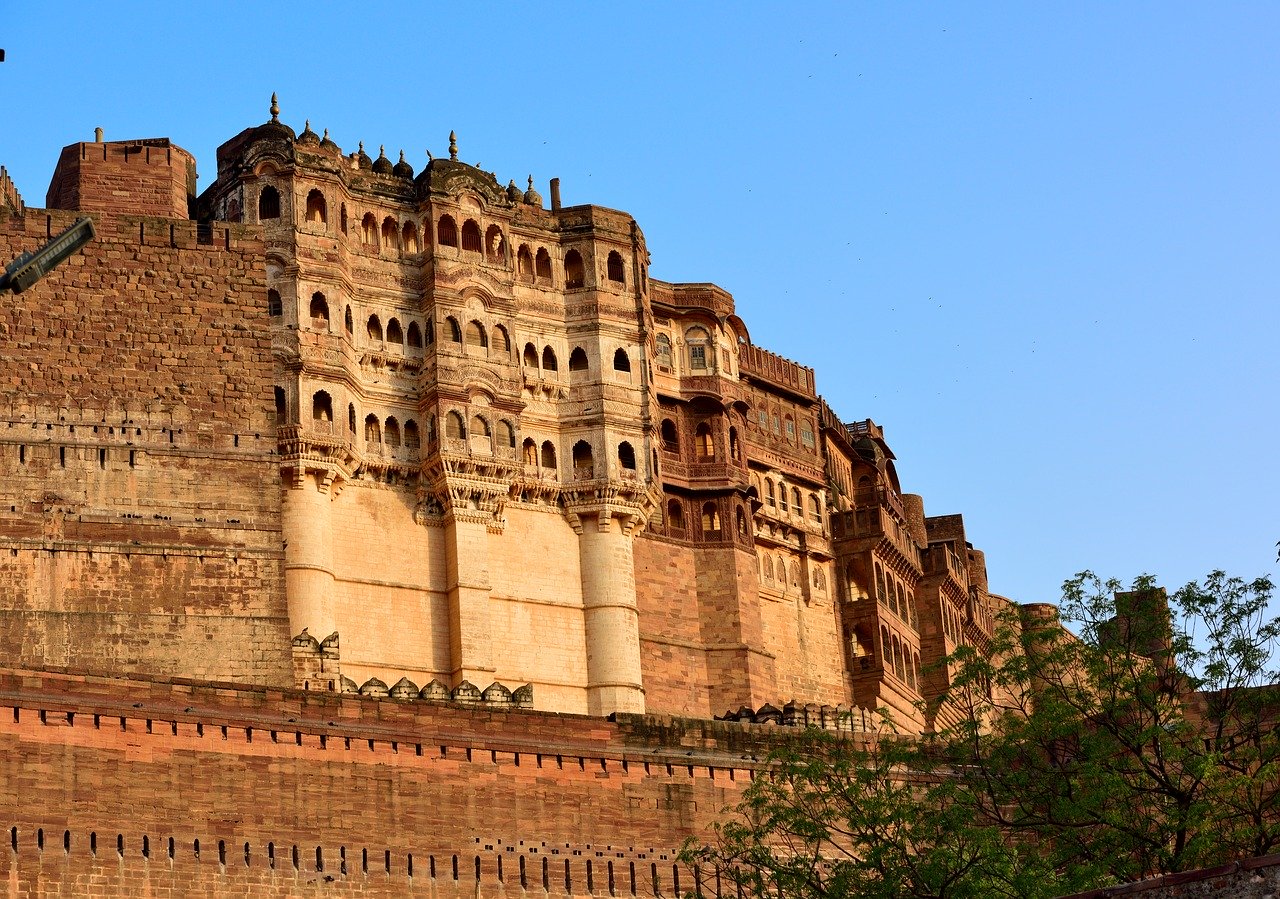 There is no doubt in the fact that Rajasthan is the place of forts, and maximum numbers of forts found in India are in Rajasthan. So if you are visiting Rajasthan and want to see something which can also impress your kids, then Mehrangarh fort is the place.

It is known to be one of the largest forts in India as it stands about 410 feet above the skyline of the city of Jodhpur. So how will a fort impress your kids? This fort is situated high above the city and is surrounded with thick stone walls, so you will be able to stand on them and enjoy the complete view of Jodhpur! And the sunset is best viewed from these walls! It was made by Rao Jodha in the year 1459 and the intricate carvings and the preserved statues and other items serve as a treat for the tourists! 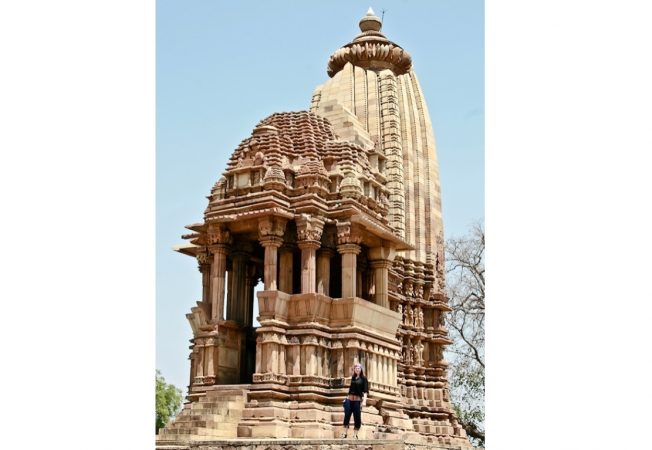 The Khajuraho Temples are one of the most unique historical monuments which you will not come across everyday. It is located in the Khajuraho city of Madhya Pradesh and is a UNESCO World Heritage site.

It is a combination of Hindu and Jain temples which was built by the Chandel Rulers. It is an epitome and symbol of the morals and values shown by the humans, like eroticism and sensuality. One of the most common attractions in the Khajuraho Temples is the light and sound show in the evening which shows the struggle and lifestyle of the Chandel rulers.

The temple walls have excellent carvings, statues and sculptures which reflect the four major traditional values of Hinduism which include Moksha, Artha, Kama and Dharma. 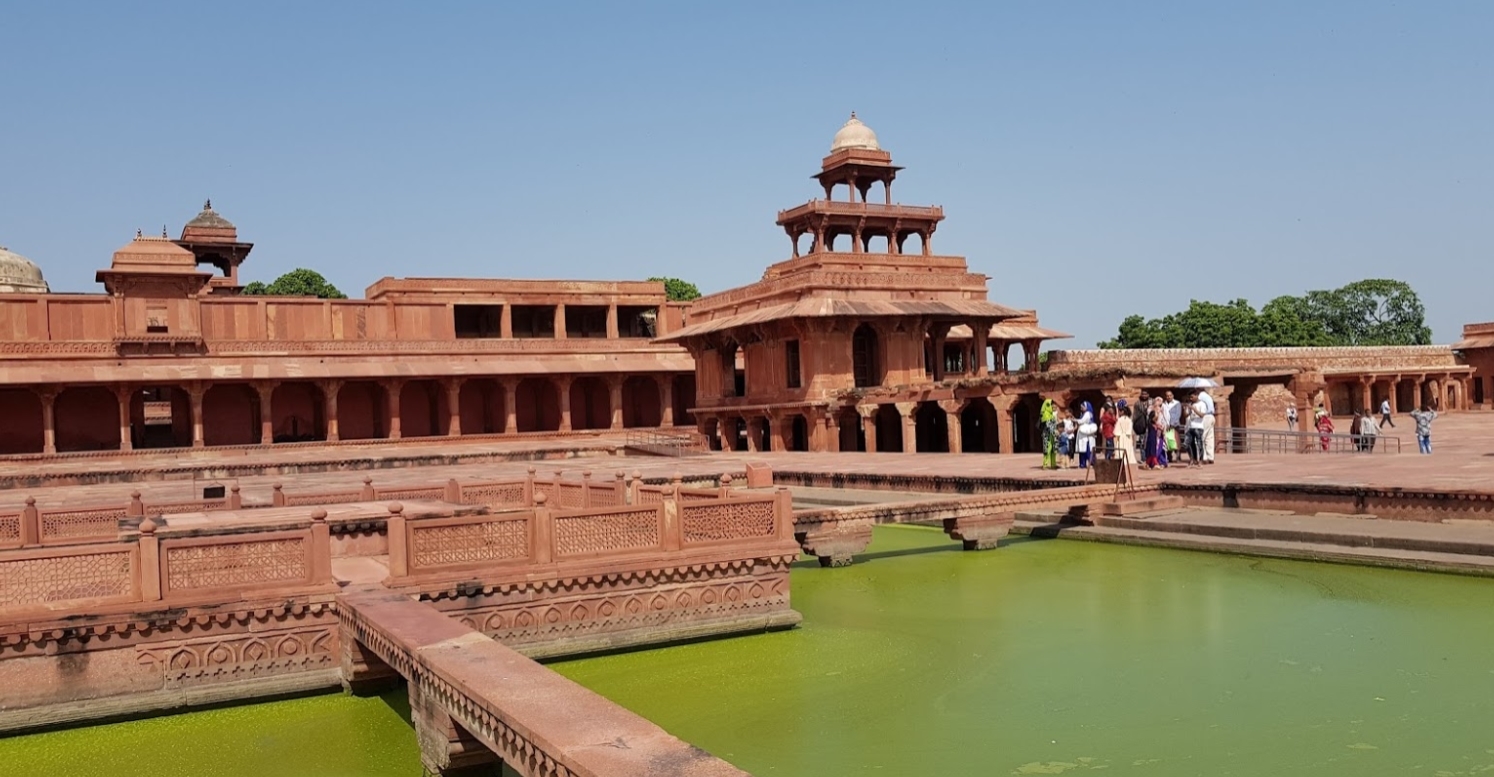 When you are already visiting the Taj Mahal in Agra, I would suggest you to travel 40 kilometre west from Agra and visit the UNESCO World Heritage Site, the Fatehpur Sikri.

Fatehpur Sikri was the short lived capital of the Mughal emperor, the great Akbar during his reign in the 16th century. But they had to abandon it due the problem in water supply and various other problems. And this castle or sikri made for their living remained new and idle.

Many other rulers tried to reside in the fort but the same problem drove them out as well. The Fatehpur Sikri serves as a tourist destination because of the excellent artistic sculptures in the walls of the fort. 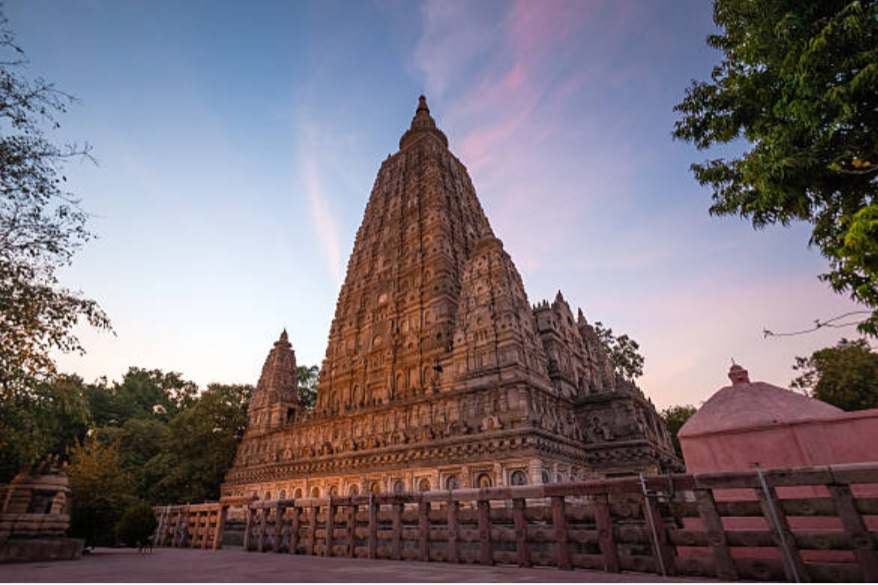 I bet most of us have read about this place in our history chapters when we were small but have forgotten this name. Let me remind you, Mahabodhi is the place where Lord Buddha is believed to have attained enlightenment.

It is the place where Lord Buddha attained Moksha under a fig tree. The temple is a large one with a big statue of Lord Buddha touching the ground with his right hand.

While the earliest story of the temple take us back to the 3rd century during the rule of Asoka, the temple has got its name because of Lord Buddha. And one of the centre of tourist attraction is the Jewel Walk, where Lord Buddha is believed to have gone on a seven-days walk meditation after attaining Moksha!