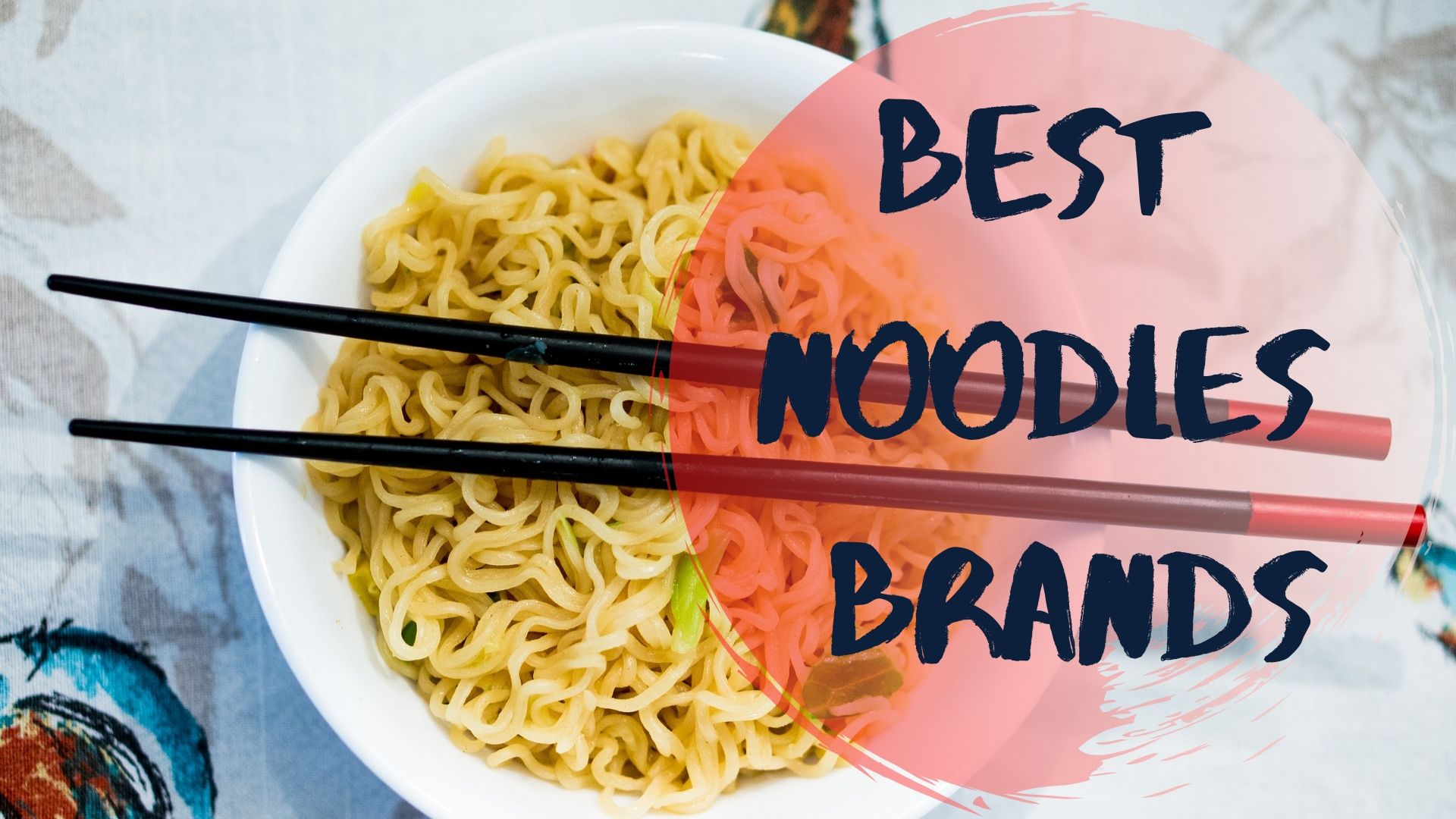 We are always running somewhere. Sometimes it’s either from home to work, keeping aside that fierce battle that you had to fight just to grab the transit that would get you to your workplace the fastest, in other times, it includes coming back to home from an exhausted day at work where your boss probably treated you the way majority of the employees are treated. Our life is barely in our hands anymore which is becoming the leading cause of anxiety and stress amongst the youngsters.

We start the day often with only one thought in mind, to reach some place in time. And often while doing that we forget to take care of ourselves. We forget to take a shower, to wear a cologne, to put on that tie you promised yourself you’d wear, and most often even to eat anything to kick-start our day. The most important meal of the day and we are ignoring it due to shortage of time!

Well, there are some people out there who have got just the right products for us. Packaged noodles have now become an easy replacement for breakfast that otherwise takes a long time to get ready, the time that we could very well spend in getting ready or taking the shower that we would compromise on. As products like Maggi, Yippee, Foodles etc are entering the market people are also getting the choices that they need to make the taste better and unique than just one.

So let’s take a look at what the top 10 Leading Noodles Manufacturing Brands:

Coming from the family of Nestle, Maggi is a very common name that is soon becoming an emotion for a lot of people, especially in India where its popularity and availability is so high that it is found and eaten even in the remotest parts of India where people often don’t even have stoves.

Recently it came under the scanner of FSSAI when it was alleged that some samples of Maggi had higher concentration of MSG or Monosodium Glutamate which harms the digestive tract and makes a person acidic. It was even banned for a short period of time but a re-examination of other samples found out acceptable amounts and the company had to replace all the existing batches to replace with the newer one, now at a slightly higher rate.

The company which began to spread its wings in Switzerland in 1884, is now extremely popular in Bangladesh, Pakistan, Singapore, Malaysia, Australia, New Zealand, and India. With a market share of 39% in Malaysia, Maggi is expanding more rapidly than ever. Although the nationwide ban in India caused major trouble to it, the company is all set to hit back and gain back the market share it had earlier, that of 90%, from the current 53%, which is also a matter of pride for the company itself.

After the sudden nationwide ban of Nestle’s Maggi, a lot of players wanted to enter this market of instant noodles, which was, up until now, dominated by only one product. Sunfeast was no different to this, and saw the fll of Maggi as an opportunity to serve people with something unique. It tried to give people what Maggi was failing to offer, allegedly. To start with, Yippee noodles stood on the pillars of quality, taste and variety, which it claimed its rival cannot offer.

Yippee tried to go deeper into the market by giving consumers more choices to get hooked to and in short more reasons to not go back to Maggi, because somewhere everyone knew Maggi would come back sooner or later, considering especially the news reports of the time.

But Yippee delivered on all of its promises by giving consumers a product that is all it was said to be. And ever since then Yippee noodles has only become bigger as a name and that is something that’s not going to change anytime soon.

Ching’s is yet another brand that climbed up the debris from Maggi’s collapse and took over a share of the market to gain a consumer base that will be very hard to take away for even a company as huge as Nestle. Coming up with a line of products they referred to as “Desi Chinese”, Ching’s started to rule the hearts of the consumer’s right as they entered.

Their products ranged from instant noodles, to mix to soups and every one of their product is enough to bring out your taste buds even back from the dead. For those who love Chinese, and spicy, Ching’s Secret is definitely the way to go. 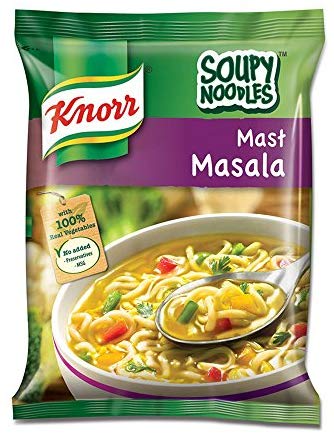 Knorr’s journey begins in 1838 when Carl Heinrich Knorr opened up a factory in Germany’s Heilbronn to supply chicory to the coffee industry.
Mr. Knorr started experimenting vegetables and seasonings by drying them , to preserve their flavour and nutritional value. This series of experiments led to Knorr’s first big breakthrough which launched them almost instantly into the market of dried soup in Europe in 1873 across the whole of Europe. This further led to its rise and technological advancement which enabled it to make their presence felt outside of the continent too.

Today Knorr’s products can be found around the world and has a pretty decent share of market with a stronghold in the game of instant noodles too. Although it’s endeavor is not too old, it will not be wise to say that Knorr’s presence is felt any lesser in this area. Its rivals are facing pretty stiff competition from it and I doubt that this heat is ever going to cool down.

Knorr didn’t just bring a type of instant noodles that would compete with Maggi but gave it a twist that they knew would go perfectly with their expertise, soups. And their guess was right, their innovation brought them into the game and how! 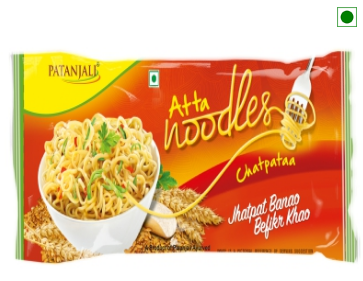 Holding the baton of “Swadeshi” or Indian made products, Patanjali has been a company to which a lot of customers have been loyal to by now. The credit for this goes to none other than the head of the company Baba Ramdev who showed the people how some Western companies tamper with the products that we so easily consume without checking its components.

Although Patanjali Noodles started before the Maggi ban, it wouldn’t be fair to say that it didn’t come rushing in to seize the ground and it succeeded so easily in doing so that now a large number of people prefer Patanjali’s Atta Noodles in compared to Maggi which is made of white flour or “maida”.

It is being made available to people even in the remotest corners of Northern India at least. It is as easy to make as Maggi is and the taste is unique in its own way. So why don’t you go ahead and try it? Maybe you’ll eventually come to like it more than Maggi itself. 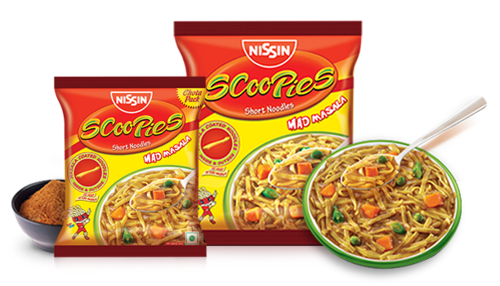 It often happens to us that we are somewhere far off, like on a hike or trek and for obvious reasons we feel hungry. There’s literally nothing that would help you in a situation like this but Nissin Scoopies. All you have to is buy it and pour boiling water on it and watch it turn into your on-the-go (literally) food.

Nissin Scoopies is a good investment for you if you’re always on the move and want to keep something in your backpack which can instantly fill your belly but, no matter how much convenient and easy-to-make it is, we just should not forget the fact that one bowl is not enough to get you going through the day. So if you’re someone who doesn’t get filled up easily, you might want to take some more Scoopies or snacks with you.

GSKCH’s Horlicks which was once famous for making milk powders of varied flavors and was already dominating a market that had much lesser players than this. But getting ahead of themselves Horlicks introduced Foodles in the whole of India in the late 2010, and it had a fairly decent share of consumers to its name because it aims at the customers who can’t seem to bring themselves to trust Maggi.

Horlicks aims to eradicate the fact that in India ‘Maggi’ is the synonym of instant noodles and while it may or may not to make its product ‘Foodles’ a synonym, it seeks to hit the health-conscious consumers who are wary of the Nestle’s ingredients, especially after the ban. Foodles comes in 2 exciting flavors and gives you the goodness of wheat, rice, ragi, etc.

For many people, it was quite unexpected to see Horlicks venturing into the instant noodles market but it landed so successfully here that there seems to be no other way where Horlicks will go but forward. It has already become a conglomerate worth 1100-crore and there are only better things waiting for it. 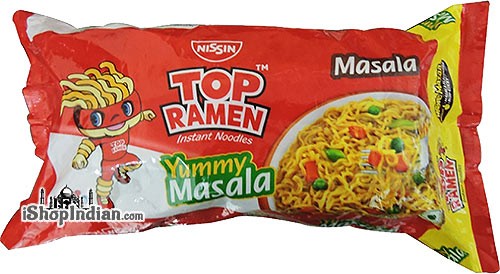 Hailing its origin from the time of World War II in Japan, Nissin didn’t make Scoopies right from the start, but there’s something they’re more renowned for, and that is the 3-minute Ramen, which was, at a certain point a phenomenon that the world very much welcomed and probably was even waiting for. Its taste is exotic and its smell is literally going to make you even hungrier.

The flat noodles which now seek to fare against all these major brands in the Indian market has found a pretty loyal audience that loves the long strands of Ramen more than Maggi. This grew especially relevant after the Maggi ban where the most instant choice became Top Ramen for a lot of consumers because of how long it has been in the game with its essence pure as ever. 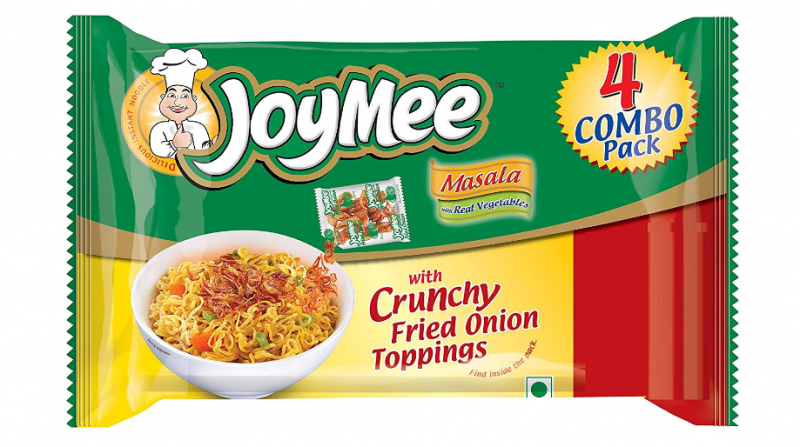 JoyMee Noodles are probably the underdog in this game because the sales and consumer base do not touch too high considering the innovation it brough to the Indian market which seems to be so obsessed with veggies and spices. We basically can’t live without them. And frankly, instant noodles become quite boring when they’re even a little less spicy.

Hence, JoyMee came up with the 3 different flavours complimented by onion toppings unique to the brand. It isn’t a very old brand so it is going to take its own time to fan its wings and come up with more flavors that can make them grasp the essence of the hunger that is almost always present with Indians in the case of instant noodles.

However, JoyMee’s commercials where they played on their unique onion toppings did garner a lot of attention from audiences no matter their preference. Seems to me that JoyMee is set to give a ride to its competitors with that innovation. 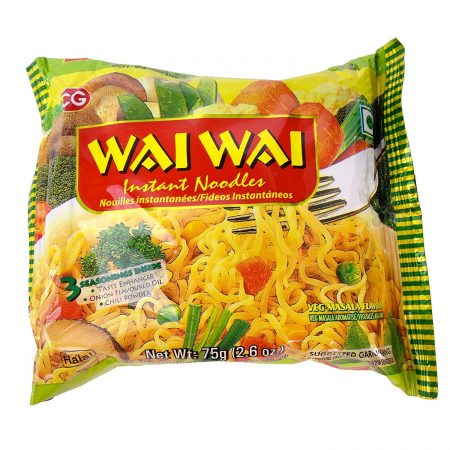 Starting in 1972 in Nepal, Wai Wai is now present in 32 countries around the globe. It has gained a huge popularity in the southern states of India and it is only a matter of time when it comes to other half and starts to rule the heart of whole of India.

Owned by Chaudhary Group, Wai Wai is also a fairly new brand, at least in India. Its legacy in Nepal is respectable and its parent company seems to be leaving so stone unturned when it comes to expanding either.

Playing with our taste buds for years now, Wai Wai is very likely to succeed even more if a good marketing strategy or campaign is introduced for the product. Without any proper appearance in either print or media, it is going to be very hard for the Chaudhary Group to take Wai Wai to the skies and compete with the major players who are already unwilling to leave their share of consumer base.