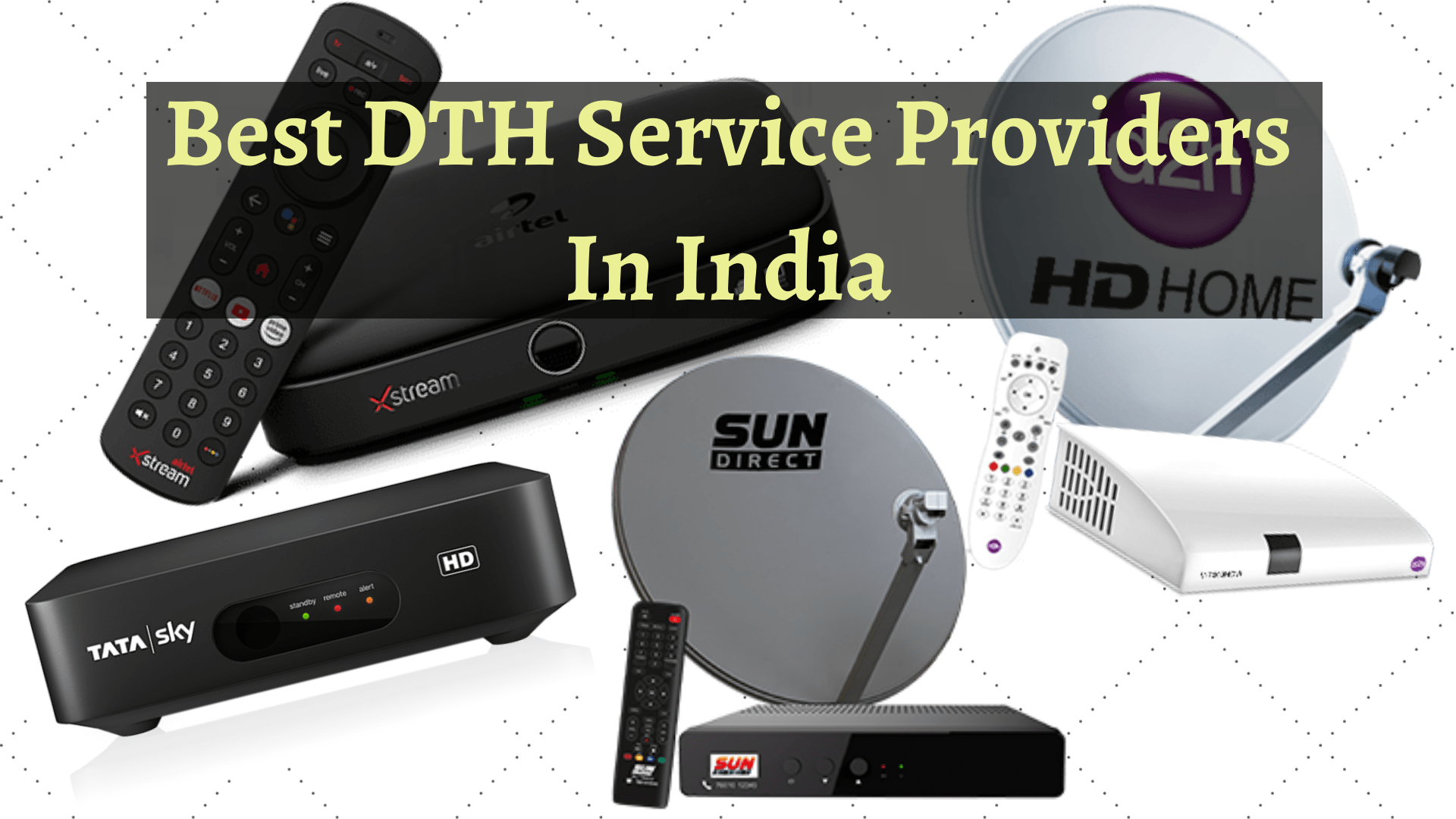 Since its invention television has been an integral part of the society informing the masses of the events going on around the globe. Whether it be sports, news, cinema, television has been the go-to source. DTH or ‘Direct to Home’ is the service which can be thought of as the centre of information for television.

It is responsible for bringing us our favourite channels. All you need is a dish antenna and a set-top box and you can watch a variety of channels depending on your liking. Over the years this market has grown a lot in India. If you are curious to find out the top DTH providers in India then go through the following list.

Here is the list of 10 Best DTH (Direct to Home) Service Providers In India:

Dish TV is one of the very first DTH providers in India. The company is a subsidiary of Zee Entertainment Enterprises. It came at a time when the service provider market was dominated by cable operators.

It decided to start slow, rather than trying to go for a bigger share of the market. The company focused its attention on areas where getting cable was a hassle or where it was not possible to provide such a service.

This move worked and their subscribers increased. Soon, they started providing more and more channels. Currently, there are more than three hundred channels to choose from. There are multiple packs and combos allowing you to customize your viewing experience.

A Parental lock can be applied, keeping your children safe from aggressive content. The set-top box comes with record options. Today the company boasts a whopping 17.7 million subscribers along with its subsidiaries.

Another big name in the DTH provider market is Tata Sky. It is a joint venture of Tata Industries and 21st Century Fox which is now owned by The Walt Disney Company.

Though it came a few years after Dish TV it was quick to attract subscribers with much flexible packs and combos along with an attractive range of channels.

The ad campaign of Tata Sky has been one of the most successful ones being quite catchy and getting the point across strongly. Like Dish TV, it offers a wide range of channels in various languages.

One can also get the local channels. Currently, Tata Sky offers around 600 hundred channels out of which there are a total of 99 HD channels.

It is one of the very first DTH providers to bring the 4K set-top boxes and also the very first company to bring Video on Demand services allowing its subscribers to watch movies and shows whenever they wanted.

The company has been well received in the market and their subscriber counts have increased a lot crossing the 10 million mark.

They provide a list of around 500 channels to choose from which vary widely in content and language. This is coupled with affordable packs which are customizable.

Videocon D2H is another top DTH service provider. It was founded in 2009 and slowly started gaining a decent market share due to the affordable packs and combos.

Today, D2H is a subsidiary of Dish TV and together with its parent company they have the largest market share. The merger between Videocon D2H and Dish TV took place in 2016. D2H alone has 19% of the total subscribers to DTH services.

It is prevalent only in the Indian market. The company is known for its variety of content which increased post-merger and the clear sound quality.

Opting for this service provider is a good decision due to the variety in packs and combos. 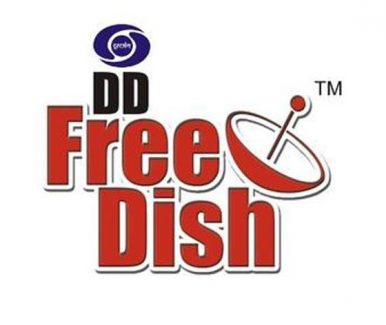 DD Direct Plus or DD Free Dish is a free satellite television provider. The services started in 2004 and unlike other DTH providers, it is free.

The service is owned by Doordarshan. It has reached a whopping 30 million households in India which is an impressive figure. Though the range of channels is less and most of them are only ‘DD’ channels you have to understand that it is completely free.

This does not limit your options as you can still watch sports, music, serials, and movies. They do have a few private channels like Zing, B4U movies, BU Music, 9XM etc.

Also, if you are into classical music and enjoy Indian Art & Culture the national channels are filled with that type of content.

Sun Direct is another DTH service provider in India. It is popular for regional channels. They started their service in 2007 and have garnered enough subscribers to stay in the game.

They also transmit standard definition and high definition channels with decent quality. The company is owned by the popular Sun Network who have a variety of their own regional channels.

Initially, they achieved success by providing free set-top boxes and a very low basic monthly plan. This helped them gain customers and today they have more than 6 million subscribers. 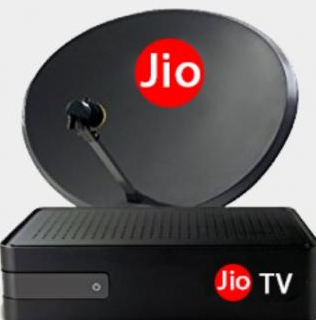 This is another DTH service provider, launched by Reliance JIO for Dish TV channels on their network.

Currently, the Reliance group is coming up with JIO DTH Services with JIO Fiber Broadband. To this date, only lines and cables were set in neighboring villages and towns in the underground.

In the major cities, JIO DTH Welcome Offer with the box has been provided. Soon, the company is planning to launch JIO DTH in the villages as well.

JIO DTH Prices will be around 180INR to 200INR in India. JIO DTH aims to provide the cheapest costs in the world amongst all the other DTH services prices.The other competitors like Dish TV, TATA, Airtel and others lower their basic plans. 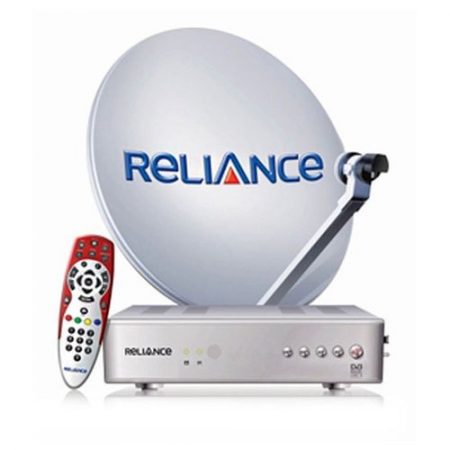 Reliance Digital TV is a kind of a service provider which suits individual as well as the family’s interests and life schedules. Reliance feels immense pride in launching its next landmark by the name Reliance Digital TV Digital Service. One can experience amazing entertainment, trending news, and your favorite programs.

One can also transform your home with Reliance Digital TV Digital Service, powered by MPEG 4 Technology for the very first time in India. 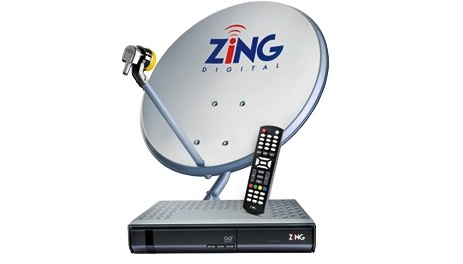 Zing Digital is another form of Direct To Home (DTH) television operator. It is counted in the subsidiary of Dish TV, which was launched in January 2015 to provide access to the regional language channels at a nominal cost.Zing Digital, currently operates in the states of Kerela, West Bengal, and Odisha.

Due to this change in their marketing strategies, Dish TV also launched Rs 99 channel pack in the last week of December.This created paradigm shifts for Dish TV, in terms of the best DTH services and that too in providing cheapest DTH connections in India.

This is also counted as the only listed company in the DTH services. 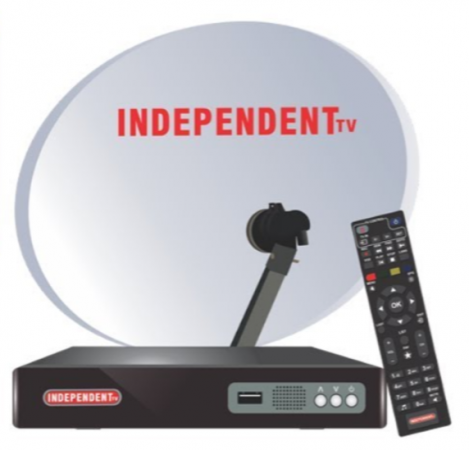 Independent Dish TV, which was formerly known as Reliance Big TV belonged to an Indian DTH television operator. This was also counted as one of the subsidiaries of Reliance Communications.

This was originally launched as Reliance Big TV, acquiring 1 million subscribers within three months of launch. This was solely due to the limited competition from other service operators in the market.

This particular service was later renamed to Reliance Digital TV. In March 2018, Independent Dish TV launched a pre-booking DTH offer as well. They took the pre-bookings and collected revenues from the customers, however, the service connections were not installed.

After the launch of the DTH offer, the Pantej Technologies & Veecon Media group rebranded the company as Independent TV.