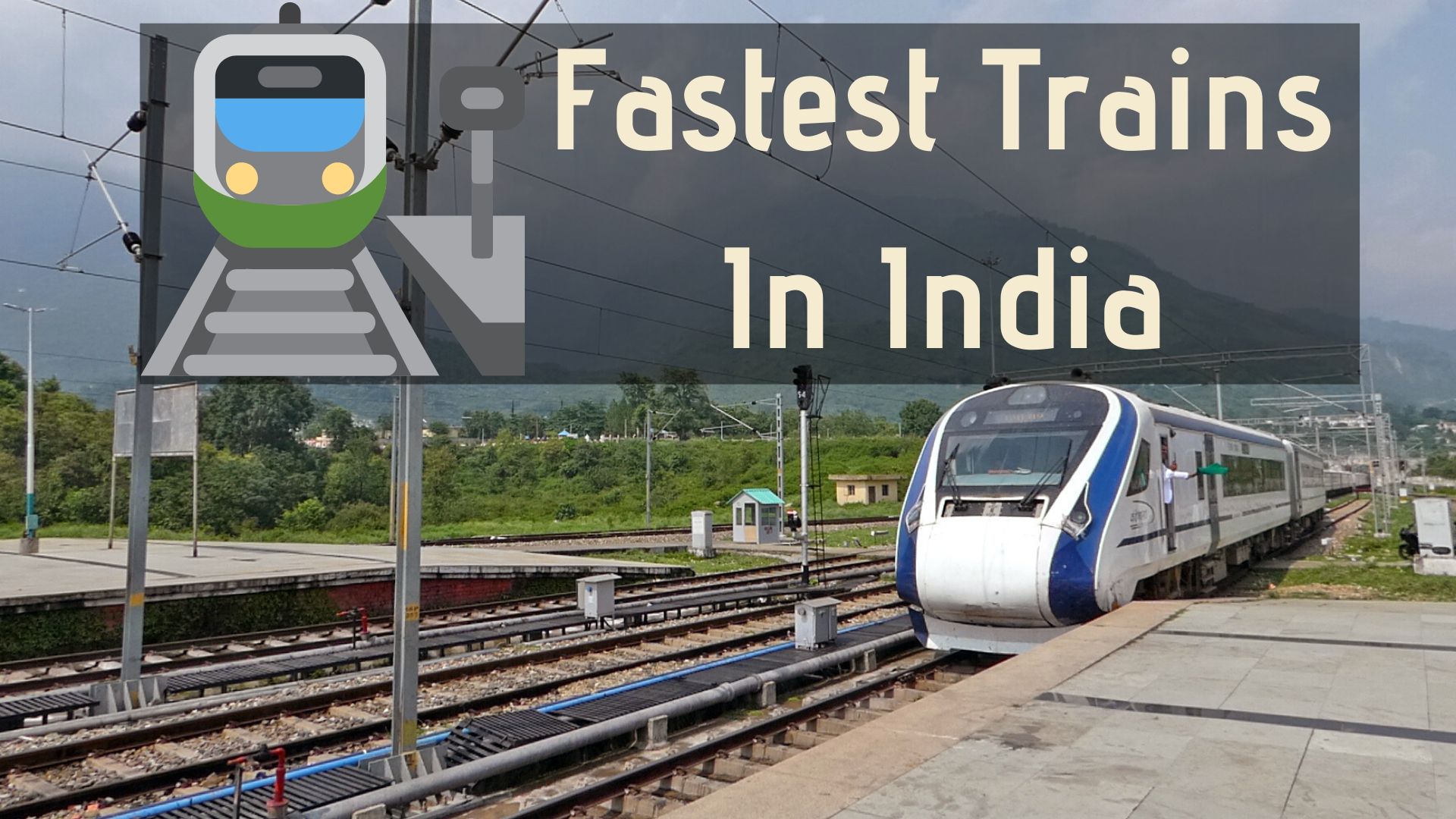 India is one of the biggest powerhouse of railways in the world. It is perhaps the only country with the largest railway network running in each and every corner of the country. India may not be in the list of developed countries but the entry to the same list is not too far now if we see the rate of advancement of the people.

It will not be false to say that the Indian Railways is the biggest railway network in the world and we are given some of the top notch facilities in the present time. The trains we had earlier were coal-powered, with bad interiors and very slow pace. But with the advancement of technology, the trains are now superfast with quality interiors and services. And the price obviously should vary according to the class one chooses! Let us take a look at some of the fastest trains running all around India in the 21st century.

Here are the Top Super Fast and Highest Speed Trains In India:

The Vande Bharat Express Train 18 is currently the fastest train in India with its top most speed reaching as high as 180 km/h. But keeping in notice the safety of the boarders, the speed of the train was reduced to about 130 km/h by the Indian Railways.

It is now India’s first engineless semi-high speed electric multiple train. This intercity was manufactured by the Integral Coach Factory (ICF) at Perambur, Chennai under the government’s Make In India campaign and is a planned replacement of the old ones like the Rajdhani Express. The Train 18 is planned to run between Delhi and Varanasi at a permitted maximum speed of 130-140 km/h.

The Gatiman Express is considered to be India’s first semi-high speed train and with a speed of 160 km/h, it is currently the second fastest train in India after Train 18.

The train covers the 188 km path between Delhi and Agra within an hour and 40 minutes and its route is basically from Hazrat Nizamuddin to Agra Cantonment. It serves as a major tourist transporter as it connects the two main tourist destinations Delhi and Agra. And the best fact is that like airplanes, the train also has its train hostesses who are ready for quick services.

Among other features are the bio-toilets, fire alarms, GPS information system and automatic sliding doors. It has two variants – the North Indian and South Indian and both of these provide the same above services with free Wi-Fi services and access to multimedia content!

The New Delhi – Bhopal Shatabdi Express can be considered the second fastest train India keeping in mind its age as it has a speed of 150 km/h.It covers a distance of 707 km on a daily basis and runs from Delhi to Bhopal in Madhya Pradesh in about 8 hours and 30 minutes.

It is a major transporter for the tourists as it covers the major tourist destinations like New Delhi, Jhansi, Agra Cantonment, Gwalior and at last Bhopal. It was introduced in the year 1988 to commemorate the birth anniversary of former Prime Minister Jawaharlal Nehru and was the production of the then Railway minister Madhavrao Scindia.

Earlier the bookings were done offline but now you can book an AC seat or an Executive one for you and your family online with the meals, snacks, tea/coffee and many more included in the booking fare! 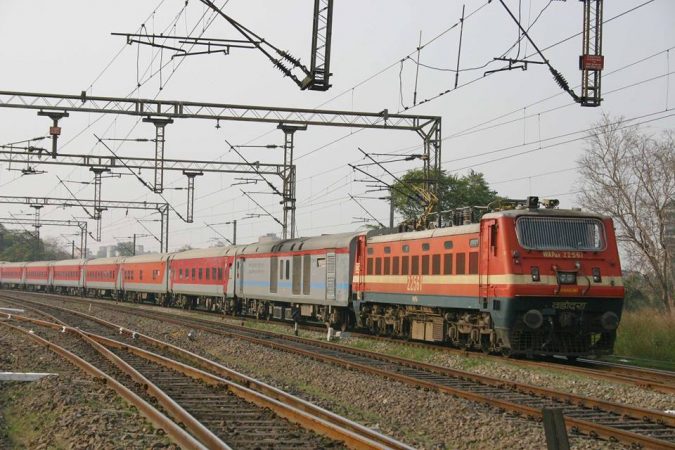 From the name itself it is clear that the train has the capital New Delhi as one station and the other is Mumbai. The Rajdhani Express covers around 1384 kilometres on  daily basis in approximately 15 hours.

It was introduced on 17th May 1972 and covers Mathura, Kota, Vadodara, and Surat. One fact related to the train is that prior to its departure the train became so famous that its reservation chart had to be prepared in 15 minutes just before its departure.

It has three seating types to offer – AC 1st class, AC 2 Tier and AC 3 Tier. Passengers are served snacks like tea, coffee and others during the journey and the seating and sleeping features are enough to give one a once-in-a-lifetime experience.

On the fifth position comes the Rajdhani Express running from New Delhi to Howrah in West Bengal and it has a maximum speed of 135 km/h.

It is considered to be the most prestigious Rajdhani Express and was the first train in India to become fully air-conditioned. It covers around 1450 km in approximately 16 hours and 51 minutes and is an important link between New Delhi and Kolkata.

It covers some of the holiest tourist places like Allahabad, Parasnath and Gaya. The meals are included in the booking fare and the passengers are served breakfast, lunch, dinner, tea etc. depending upon the timings.

It was introduced due to the heavy passenger load on the Lucknow Swarna Shatabdi express and it is also known as the Kanpur Reverse express as it follows the reverse timetable of the Lucknow Shatabdi Express.

It travels about 433 km in a time of 4 hours and 55 minutes and runs all six days a week except Sunday. Snacks are offered during the journey which are included in the booking fare. Passengers get to choose from Executive Chair car and AC Chair car for the travelling. 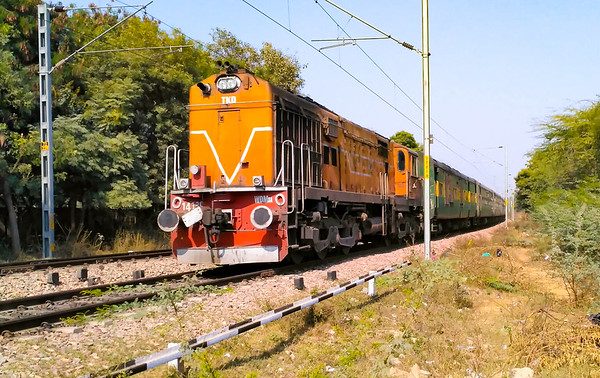 The Gareeb Rath express joining H. Nizamuddin and Bandra comes 8th on the list and has a maximum running speed of 130 km/h.

This variant of the Gareeb Rath covers about 1367 km in around 14 hours and 43 minutes and is one of the fastest trains in India. It has no pantry coach and is considered to be the fastest among all other Gareeb Raths. The berths and seats are much narrower in this one and it has more numbers of seats and berths as compared to other Gareeb Raths.

Coming to the history, Gareeb Rath was started in India to provide air conditioned seating to those people who could not afford regular air  conditioned trains and hence it has its name! Snacks and meals come included in the booking fare. 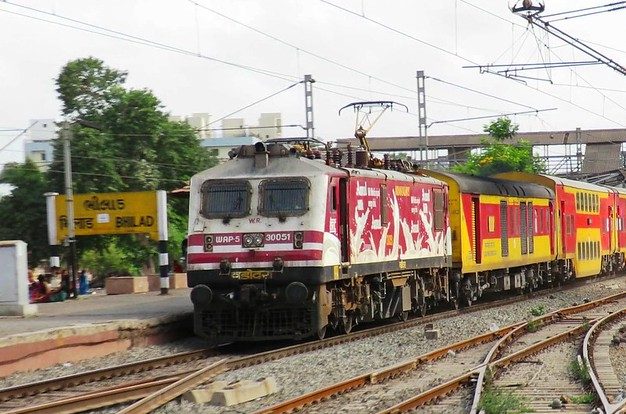 The name seems so attractive right? So are the features! It is one of the fastest expresses in India with a speed of 130 km/hr which sometimes may exceed to 140 km/h as well! But it is rare!

The Double Decker Express joins Mumbai Central with Ahmedabad and travels around 491 km in 5 hours and 25 minutes. It runs six days a week with Sunday being the off day. It too has a story attached to it. 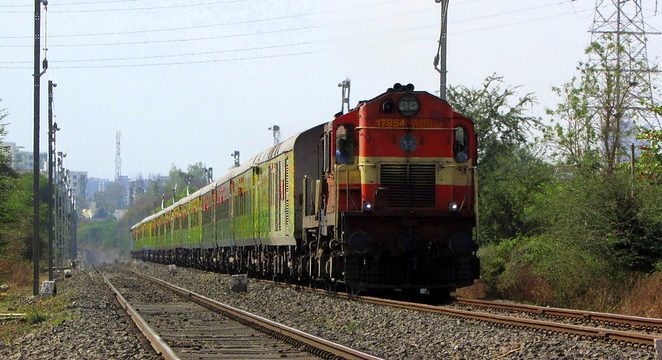 Duronto is another express train which runs from New Delhi to Howrah and vice versa. It comes under the Eastern Zone of the Indian Railways and uses the Grand Chord as the route. Passengers can travel only after reservations and it is one of the few trains in India which has no stoppages rather than the required ones. The only stoppages are due to change of loco pilot and other technical issues.

It covers an area of 1446 kilometres within 21 hours and 45 minutes. Passengers can choose their seats from the options like First AC, Second AC, Third AC and sleeper which also include baggage and catering services which are already included in the booking fare. 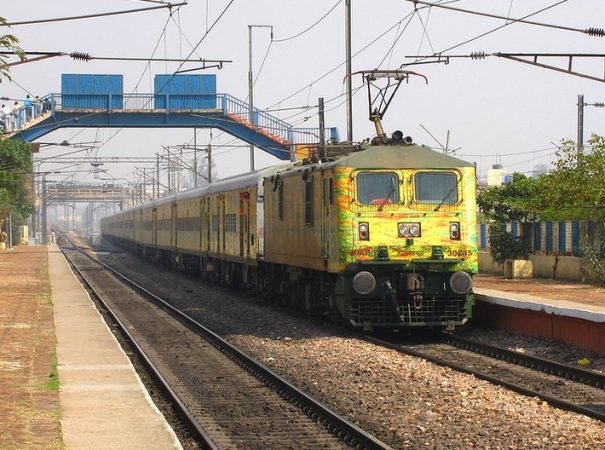 The New Delhi – Allahabad Duronto Express comes 9th on the list and has a maximum speed of 123 km/h. It was started in 2010 and comes under the North Eastern Category of the Indian Railways.

Various options available for seating are AC First Class, AC 2 Tier, AC 3 Tier and the Sleeper class. Snacks come in addition with the booking fare and the seating features are too good! 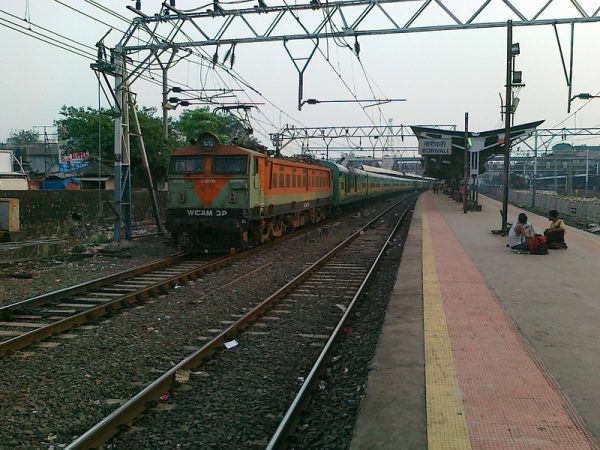 Another express running from Nizamuddin to Bandra is the Yuva express which has a maximum speed of 120 km/hr which is enough for a thrill ride. This superfast express comes under the Western Central Zone of the Indian railways and connects the Bandra Terminal to Hazrat Nizamuddin, thus covering a distance of 1366 km in around 17 hours.

There is not any proper catering service, but that isn’t much of a worry as the seven intermediate stations like Delhi, Maharashtra, Gujrat, Madhya Pradesh etc. suffice the food supply well. It runs weekly and the available seating options are AC Chair Car, AC 2 Tier and AC 3 Tier. 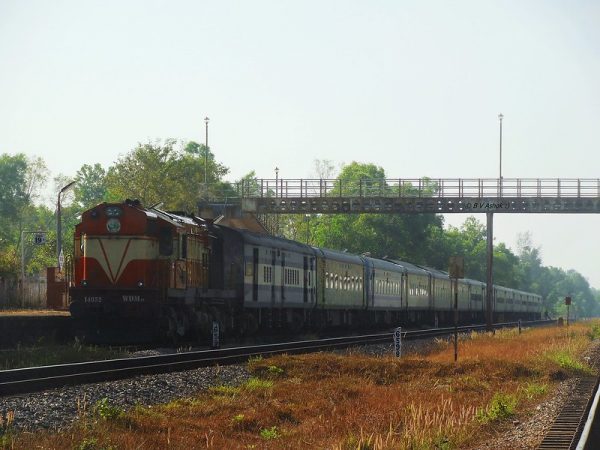 The Secunderabad N8zamuddin Duronto Express is another semi superfast express with a maximum speed of 110 kilometres per hour. It starts its journey from Secunderabad and finishes at Delhi Hazrat Nizamuddin and has only two intermediate station halts, thus covering around 1660 km in 22 hours 10 minutes. It runs bi-weekly.

It may not be a superfast express but it provides awesome seating, sleeping, baggage and catering service. Passengers get breakfast, lunch, dinner, snacks and many more things according to time and these costs come included with the booking fare. Various seating options available are the AC 1, AC 2, AC 3, Sleeper coach and the General Cart.