Copyright TopRanked. All Right Reserved 2022
Home » 10 Most Haunted Places in Kolkata (That Will Scare You!)
Travel

10 Most Haunted Places in Kolkata (That Will Scare You!) 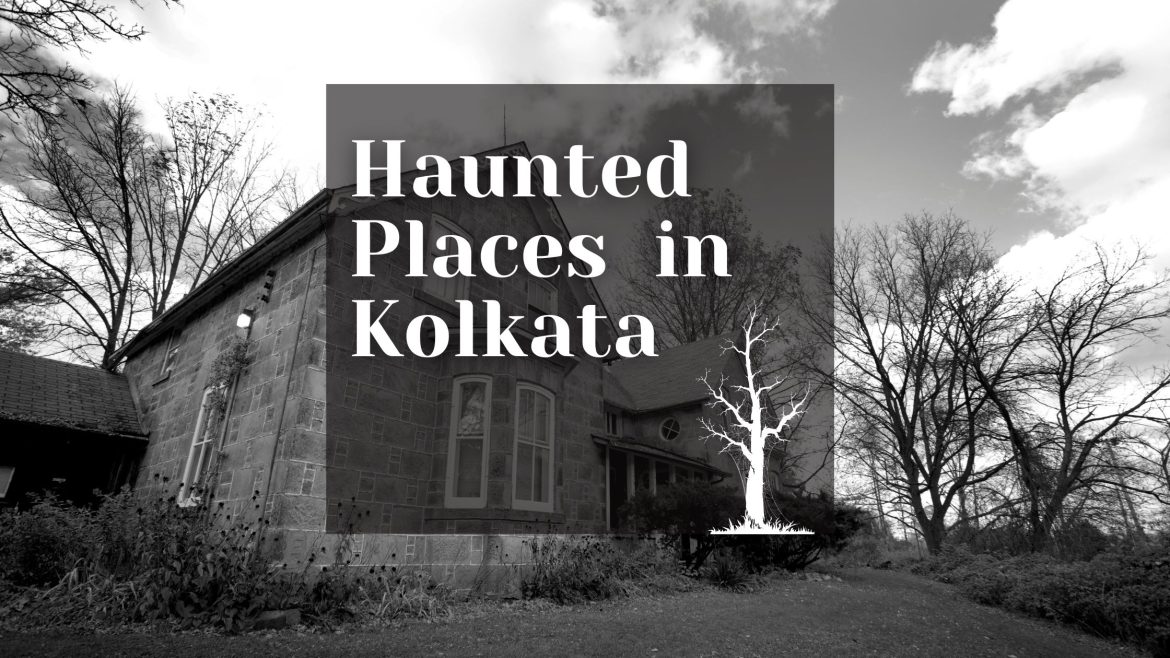 Do you know that there are several haunted places in Kolkata amidst its vintage charm? Well, Kolkata is known as the City of Joy, which was once the British capital of India. Kolkata is the hometown of beautiful historical and old buildings that will make you awestruck. However certain buildings are rumored to be haunted because of certain spooky happenings. Furthermore, there are certain destinations in the city where witnesses are there to such bizarre supernatural activities. And such stories are really scary!

In this blog post, you will get to know the 10 most haunted places in Kolkata. It is pretty frightening! Moreover, we are sure that if you visualize our words you will definitely be terrified even in the daylight. Just beware when you explore such places in Kolkata the next time. So, shall we begin?

Most Haunted Places in Kolkata: 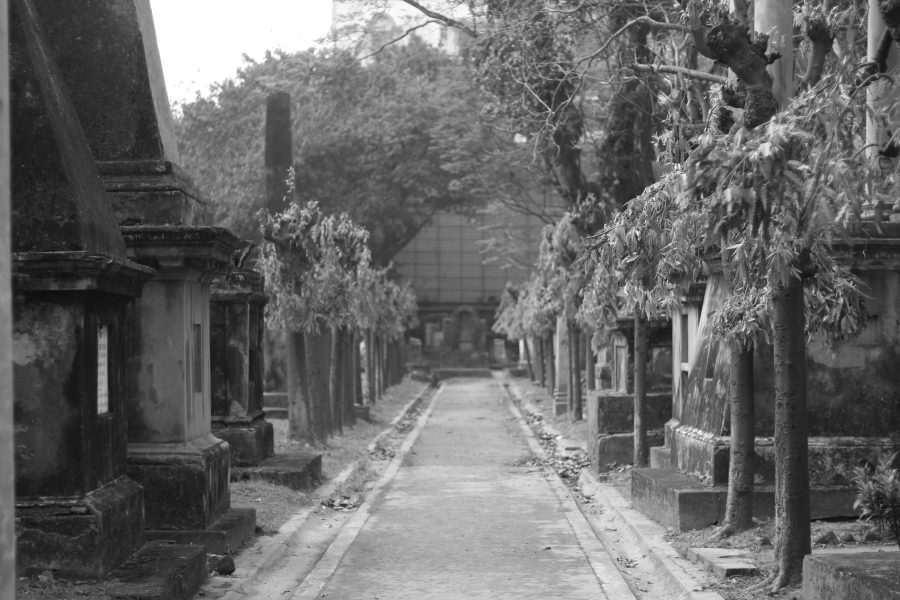 The word graveyard itself is spooky. Well, Part Street Cemetery is one of the oldest graveyards of Kolkata which was constructed in 1767. Moreover, the burial grounds have an appearance of bizarre beauty with their age-old graves of British soldiers, tall vegetation, and unique serenity.

Many incidents were reported stating people saw hazy shadows on walls and heard strange weird sounds which made them feel strange. Furthermore, many people who visited the cemetery felt breathless and dizzy. Along with that, the photographers have captured some spooky shadow images. That’s scary! Plus, there have been similar actual ghost happenings recorded in this graveyard. Definitely, this is one of the most haunted spots in Kolkata.

Eerie stories are knit in the National Library which is known for its rich treasure, the former place of the Governor General in the British period. Many publications and books state that the Governor’s wife, Lady Metcalfe loved books and was a cleanliness freak. Moreover, she hated when things were in disorder. The thing that is scary is she still is the same. Therefore, after reading, keep the books in order folks! 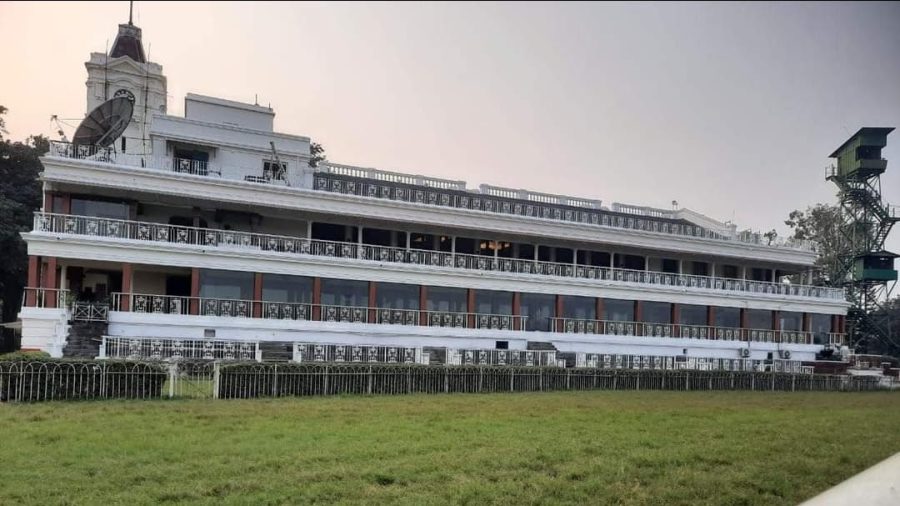 Once upon a time, there lives a complete race freak named George Williams. His dreams and desires are of winning the bet with his Pride who is a champ in the tracks, a snow-white horse. As time went by, Pride grew weak and became old. However, suddenly one day, she was discovered dead on the tracks itself.

After this happened in the tracks, visitors passing the Race Course, which is the Royal Calcutta Turf Club often noticed a white horse galloping on the trails on a moonlit Saturday night. Well, that will freak the visitors for sure. Furthermore, the color contrast does create a horrific scene. Definitely, this is one of the most haunted places in Kolkata. Visitors must avoid the place in Kolkata during the night at all costs! 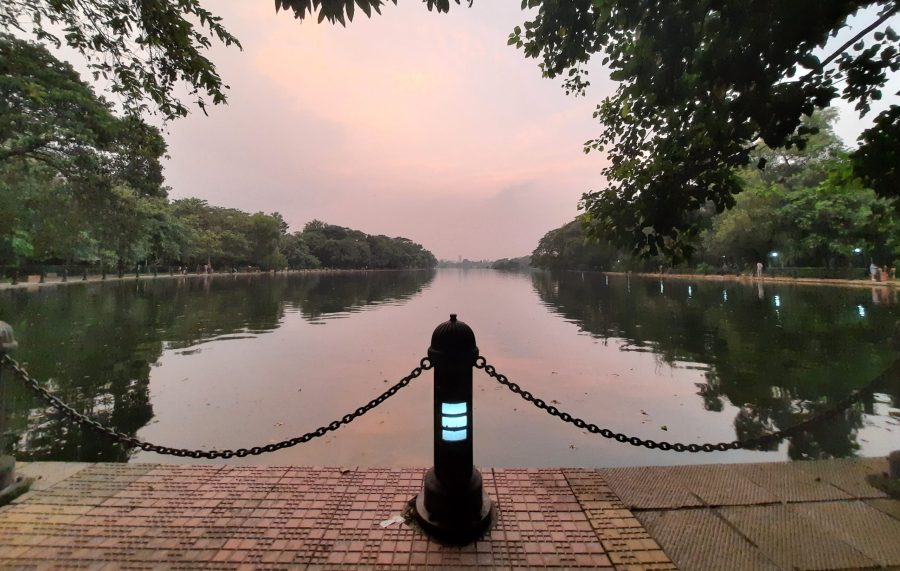 Known as one of the busiest metro stations in the South of Kolkata is the Rabindra Sarobar Metro Station. However, this station reports many intentional metro suicidal cases. So it is regarded as one of the most haunted places in India.

The person who committed suicide’s soul is seen lurking in the metro station during the day’s late hours. Furthermore, many say they have seen strange shadows on platform pillars or on the passing tracks. These incidents are pretty spooky in many of the haunted places in Kolkata. God protect the bystanders!

This building is named the House of dolls because of the dolls depicted in the arches of the architectural building. Putulbari is a century-old house that was inhabited by rich landlords. These landlords in Bengal used to bring women and torture them to a great extent. Therefore, it is regarded as one of the most haunted places in the whole world.

The cry and hues of many women are still heard by the native people. Furthermore, you can even get a bravery award for climbing and going inside the stairs of the haunted floors of the building. 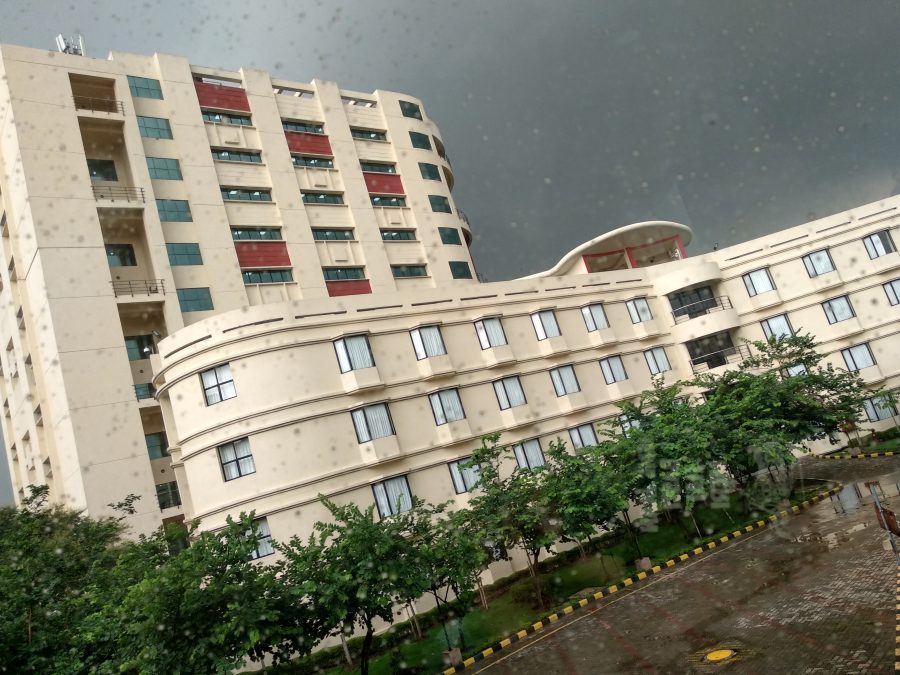 Originally part of Wetlands, this Wipro Office is in the Salt Lake area. Moreover, the office was constructed above a graveyard. Indeed, many people strongly say that they have seen weird happening in the dark, making it one of the haunted spots in Kolkata.

Because of such spooky happenings, the third floor of the Wipro Office of Tower 3 is now shut as it is supposedly haunted by ghosts. Furthermore, many people have heard strange sounds of objects dropping as they make use of the staircase or the lift to the upper floors. Along with such happenings, the security guards in the Wipro Office complain of hearing noises during the night time.

The Ghats of the River Ganga

One of the most spooky and haunted destinations in Kolkata is the banks of the stunning Ganges. Indeed the ghats of the Ganges particularly the area near the Howrah bridge are definitely considered haunted. This is because there have been lots of unnatural deaths including drowning accidents and suicides.

Moreover, many consider the unsatisfied souls of the suicide or accident victims’ return as grey and spooky shades wandering near the bridge. Furthermore, people even have seen hands rising out of the water during the morning asking for help. Woah, that is pretty terrifying!

This Writer’s building was the former office of junior staff and clerks of the British raj, and currently is the secretariat of the State Government. Furthermore, this spot is around many best street foods in Kolkata. You will definitely see many big and vacant rooms in the building but it is unused and so it is eerie. Almost all the workers deny doing the night shift. Do you think is this because of the ghost scare or just an excuse? 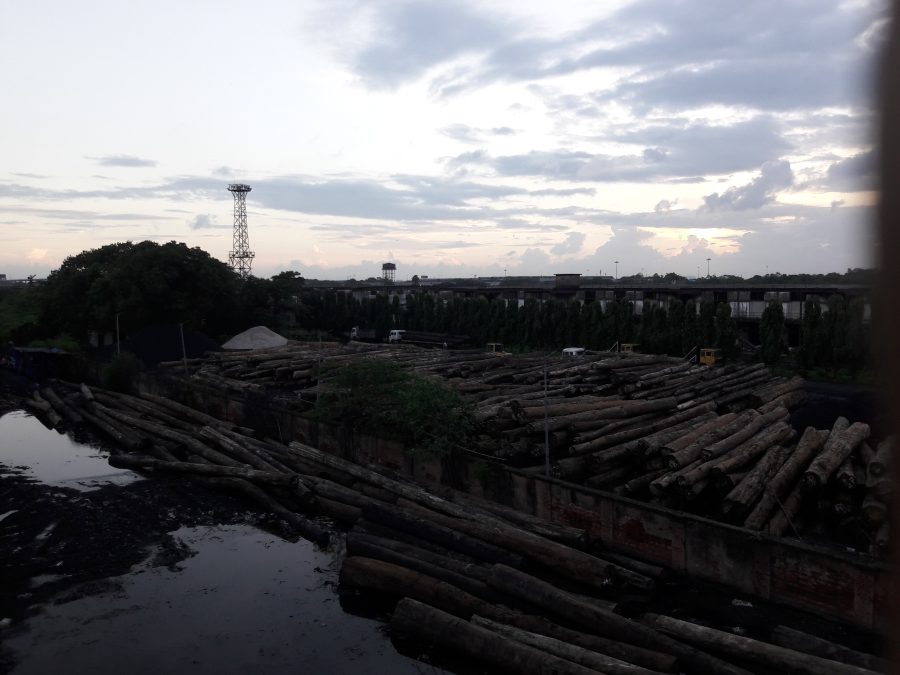 Nawab Wajid Ali Shah of Awadh built the Kkata Dock which is also now by the name Kidderpore dock. But he was ditched and abandoned by the Britsh during the trading with East India Company. Moreover, this place is around a few of the most popular cafes in Kolkata.

Indeed loads of spooky stories revolve around this place and this is now an important node of marine trading. Moreover, many sailors and traders have reported shadows considering Nawab’s shadow roaming near the dock area. Furthermore, many nit stories saying it is Nawab is waiting to take his revenge upon the British people for betraying him. But in reality, there is no Nawab or Britishers. There is only dock staff who is spooking the passerby.

Years ago, the Governor-General of Bengal, William Hastings built the ancient construction as his quarters. This building is known as the Belvedere Estate, the haunted place in Kolkata which is now an undergraduate college for women under the University of Calcutta. Moreover, there were many spine-chilling happenings that were encountered by the students, making this building one of the most mysterious places in the whole of India.

Many reported that the staff and hostel girls have seen and heard a gentleman riding on his horse on the premises. Adding fuel to the flame, a young boy even died unnaturally when he was just playing football in the Hastings ground. How scary! There are many other rumors about this haunted place in Kolkata have been reported.

Well, these are the 10 most haunted places in Kolkata you must be aware of. These places are some notable places in Kolkata and almost all the landmarks are haunted there. Very strange paranormal activities have been recorded. Moreover, if you have enough guts, then you may try visiting some of them, or you may stay out of it.

You may try to scare your friends by narrating the strange happenings and information from the above article. Furthermore, you may spook them by paying a visit to them. In case, you have already visited or explored such haunted places in Kolkata, state your story in the comments below. We would love to hear! Did you find the above-mentioned article useful and enlightening? Then, check out other similar of our posts.