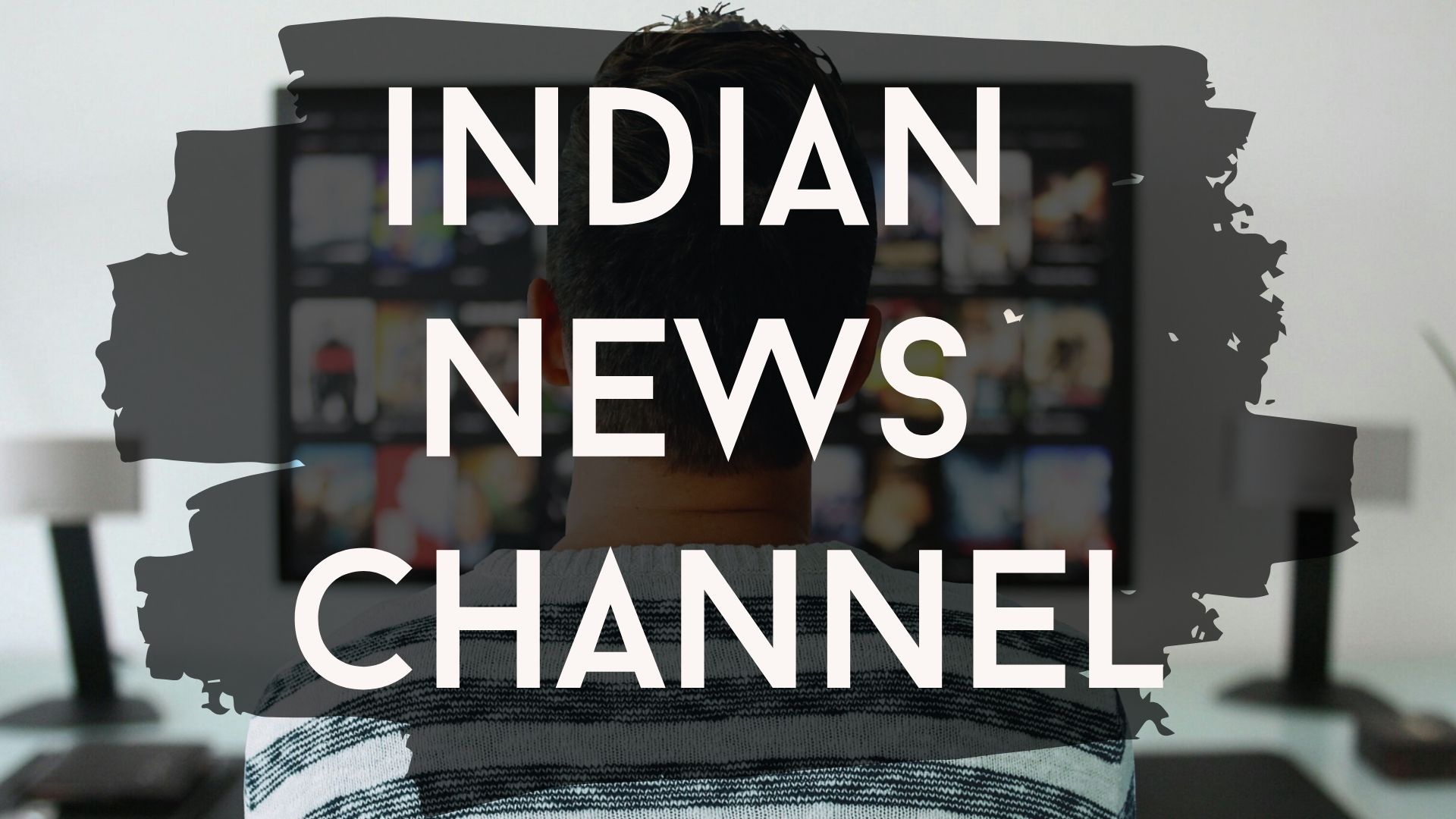 With the world going through dynamic changes in socio-political and environmental spheres, we find ourselves surrounded by multiple sources of information, without knowing which one to trust and which one to not.

But, it is hard to know which news channel to trust or where to get your news if you have a certain point of view. Well, this article will help you choose between the top 10 news channels in the country.

The news channels are not perfect and so the article will also cover what the viewers have not liked about the channel, its origin and whether or not it was involved in any controversy during its run to date.

Here are the 10 Best News Channels In India:

NDTV was founded in 1988 as a content provider for DD News, producing a show called ‘The World This Week’. But since then it has turned into a major media house with its channels covering more than just news.

NDTV currently has 4 channels and 1 live mobile channel app. Not only has that managed to get that a much wider audience when compared to the other channels on this list, but also build a perfect media house for that audience to explore; they have managed to form an NDTV ecosystem. NDTV, having a lost history, has had and currently has notable journalists, ranging Barkha Dutt to Ravish Kumar.

However, with this popularity and prestige also comes its fair share of controversies. Despite having been a part of multiple controversies, NDTV has been an unbiased media house for the most part and is always lauded for its stance against the current ruling party.

Republic TV being far-right and NDTV being center-left have had their inconspicuous rivalry over opinions and the way of presenting the news, thus remaining each other’s competitors in the sphere. 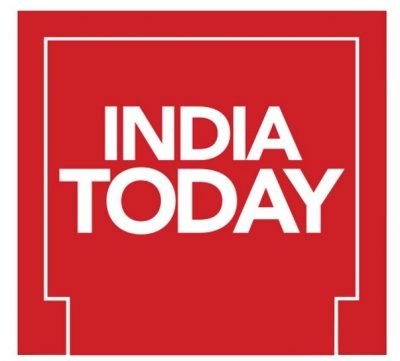 A 24-hour English News Channel based out of Noida, India Today TV is owned by the TV Today Network. It began back in 2003 as a sister channel to its Hindi counterpart, Aaj Tak.

With 11,82,000 weekly impressions, according to BARC TRP, it has managed to become one of the most reliable English News channels in the country. India Today being a part of the India Today group has a bigger brand value.

This is why they’re also more reputed for their capable news anchors and on-screen journalists. Although the channel has been flagged for unethical footage usage, it has managed to maintain a certain prestige in the Indian News Industry.

With its large viewership, India Today’s primary competitor is Republic TV and they’re often seen competing neck-to-neck when it comes to weekly impressions of both channels.

As a Centre-Right channel, India Today TV can be often seen opposing the current ruling party and criticising their actions. 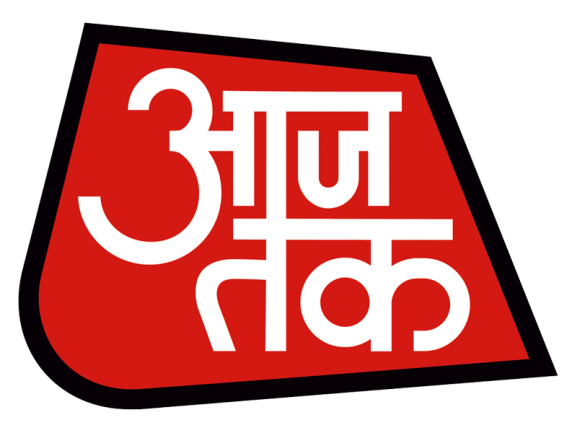 A sister channel to India Today TV, Aaj Tak was founded back in 2000 by the India Today Group. Considered as one of the most reliable Hindi News Channels in India, Aaj Tak has maintained a stellar reputation in the News industry.

This has been possible because of the experienced team of journalists that it has at its disposal, the backing of a group such as the India Today Group and its early release, making it a much more reliable choice as compared to its competition.

Ranking 1 continuously on BARC’s weekly data, Aaj Tak has been staying true to its infamous tagline ‘Khabar Matlab Aaj Tak’ since its inception. It bagged 42,99,00,000 impressions weekly according to BARC recently.

Often called synonymous to Indian News, Aaj Tak has been a much less controversial media house when compared to its English or Hindi competitors.

Being India Today’s sister channel, it has followed a Centre-Right approach to delivering news but has inclined towards the Centre repeatedly.

The newest channel on this list, Republic TV was primarily founded by Indian Journalist, Arnab Goswami, who was previously a primetime host on Times Now, and Rajeev Chandrasekhar, currently a Member of Parliament in the Rajya Sabha and a member of the BJP, via his venture Asianet News in 2017.

Although new, it has quickly risen through the ranks alongside its Hindi counterpart and sister channel, Republic Bharat.

Republic TV and Republic Bharat have been able to get a BARC TRP of 20,82,000 and 28,02,19,000 weekly impressions, getting counted as one of the top 5 English and Hindi news channels respectively.

Despite its large viewership, Republic TV has continuously remained a part of controversy: from breaching TRAI and NBSA rules and high-profile defamation lawsuits.

The interesting thing about Republic TV is its free-to-air policy which helps it reach a wider audience when compared to its competition. However, being co-founded by a BJP member, Republic TV is often seen praising the current government and bashing the opposition, thus providing its viewers with biased opinions.

Founded in 1998, ABP News was formerly known as Star News but changed to its current name after the acquisition of Star News by the ABP group. It has been one of the biggest news channels in the country with more than 200 million gross viewership in most of its weeks.

Furthermore, it was the first bilingual channel (presenting in both Hindi and English). Situated in Noida, ABP news offers a variety of programs and is thus able to garner and reach out to such a wide audience.

With strong female and male lead anchors, the ABP News channel has covered all fronts and thus seems like a good choice for a news channel overall.

Due to these highlights, ABP News has been able to get a BARC TRP of 31,13,82,000 weekly impressions and is considered one of the top channels in India. As a Centre-Right News Channel, ABP news provides a much balanced account of information and is often viewed as a trusted channel. 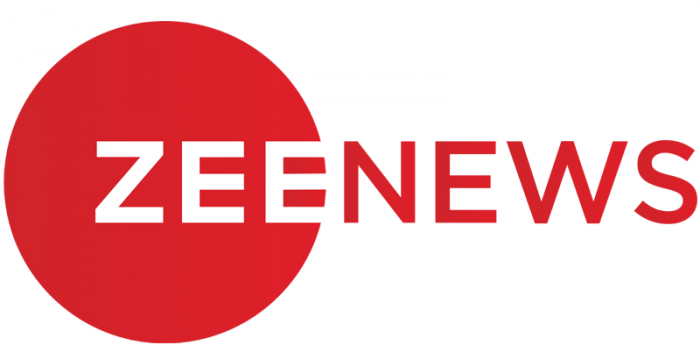 An Essel Group owned channel, Zee News was launched in 1999. Zee News is the flagship channel of the Zee Media Corporation Limited and has several regional sister channels.

Although a famous channel, it has had some serious scandalous incidents that make it rather unpleasant to watch for some. This has also led to a lot of journalists leaving the media house.

Surprisingly, none of this has hampered the channel’s growth as it stands as one of the primary news providers in the Indian market. With 30,03,24,000 weekly impressions, Zee News stands 3rd on the list of top 5 Hindi News channels according to BARC.

Although it tops these ratings, Zee News has an extremely bad reputation for being a biased, uncultured and shameless news channel. Being owned by Subhash Chandra, a BJP affiliate, the channel is heavily rightist and supports a majority of the views of the current ruling political party.

Having one of Asia’s largest news TV studios, India TV is a subsidiary of Independent News Service. It was founded back in 2004 in Noida by Rajat Sharma, the current Chairman and Editor-in-Chief of India TV.

He also went on to invent the famous “Aap Ki Adalat” TV show. Although it has a slightly smaller viewership, India TV has been considered a fairly good channel with reliable information within the sphere of Indian media houses.

This is also due to the fact that India TV has barely been involved in any controversy. Furthermore, its lack of good viewership is owing to the lack of renowned journalists at the media house.

India TV has been regarded as a Rightist news channel multiple times but unlike other right winged channels, it has maintained a certain level of unbiasedness.

Times Now started in 2006 in partnership with Reuters and is operated by The Times Group. Although the channel is still quite popular and is one of India’s leading English News channels, its popularity has taken a major hit due to Arnab Goswami’s exit from the network in 2016, when he decided to form his own channel, Republic TV.

However, it has recovered from the hit and now stands at the second position of most viewed English News channels in India, with 12,84,000 weekly impressions as per the BARC data.

Unlike many other channels mentioned in this list, Times Now is based out of Mumbai. Times Now, for the most part, has maintained a good reputation with a very small amount of controversies.

It is a right wing channel and is thus a bit biased towards the current ruling party but does remain unbiased for the most part.

An Indian English News channel, CNN-News18 was started by Rajdeep Sardesai in 2005. It is currently owned by Network 18. With multiple sister channels that work as regional media houses, CNN-News18 has a wide range of choices for its audience and was thus able to expand easily.

This famous news channel has been able to bag the 4th position on the BARC ratings with 6,53,000 weekly impressions, under the English News category.

This channel’s credibility comes from its initial partnership with Reuters and its team of dynamic and credible anchors. Moreover, the channel is famous for hosting the renowned movie critic Rajeev Masand’s show where he reviews Bollywood and major Hollywood movies.

CNN-News18 has minor scandalous scenarios and thus maintains its stature for the most part. The news channel is seldom criticised for having biased opinions and is now part of the liberal media under the current ruling party, alongside channels like NDTV. 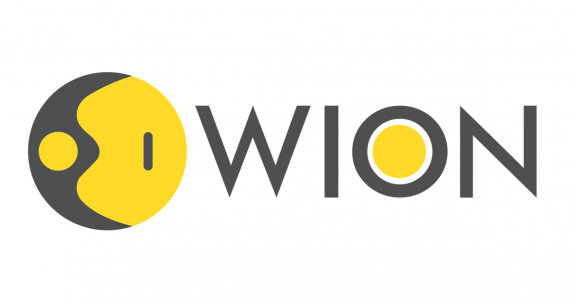 Another News channel by the Essel Group, WION is an international news channel. Launched in 2016, this channel reports global news and issues from the Indian Subcontinent. WION shares Sudhir Chaudhary as their Editor-in-Chief with Zee News, both channels being a part of Essel Group.

Although a little less known than other channels on this list, this channel, surprisingly, has bagged the 5th position on the BARC ratings and has 6,23,000 weekly impressions, just a little less than CNN-News18.

WION focuses on covering global situations vis a vis Indian context and thus has its own targeted viewership. From BRICS to the UN General Assembly live broadcast, the channel is able to keep its audience engaged through capturing events that other news channels dismiss or ignore.

Although associated with Essel group, which is infamous for its biased news on Zee News, WION is highly appreciated for its unbiased news. Being a Centrist channel, it is able to stay true to its promise of being a reliable, unbiased source of information.

By the end of this article, we hope you are able to choose a news channels that not only caters to your needs and fulfills your criteria but also provides reliable news, presented by credible journalists.