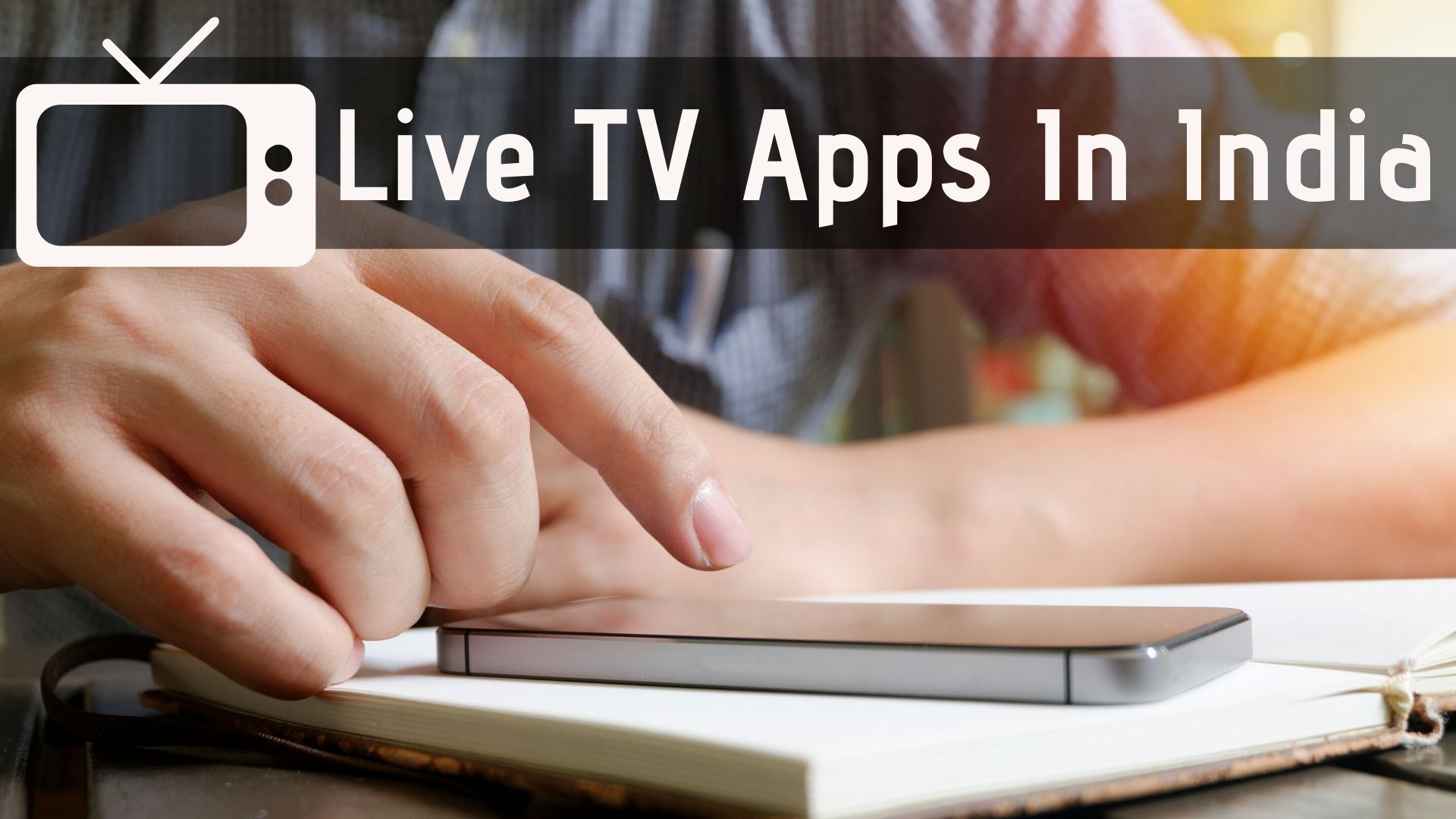 Are you returning late at night and missing out on your favorite daily soaps? Did you just give a miss to a much-awaited movie streamed on TV ’cause you were traveling on that very day?

Did the untimely power cut make you miss your daily dose of hot news and the latest gossip of the day or a cricket match you were craving for many days? If yes, we are here with some of the best solutions to honor your fandom for your favorite TV celebrities.

Watch your favorite stars captivate the viewers with their outstanding performances through these fabulous LIVE TV apps, just with a touch!

Here are the best Live Tv Apps to Watch Indian Channels on Mobile: 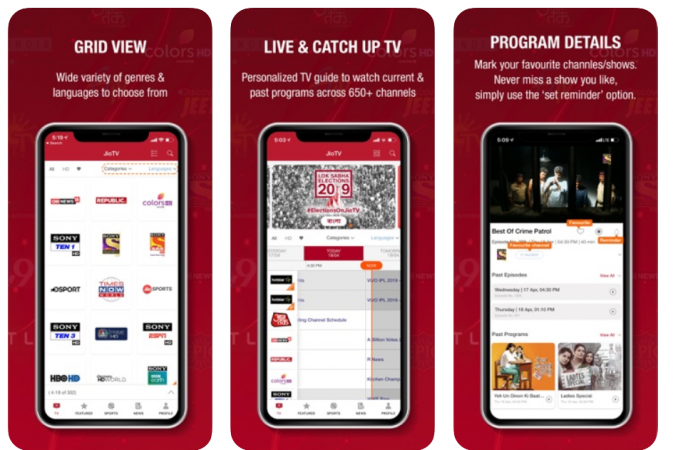 Exclusively developed for Jio SIM users,  this app is much suited for cricket, TV Shows, news, movies, devotional programs and much more.

This app streams TV shows from across more than six hundred channels, covering entertainment, movies, sports, news and a lot more and is available in more than fifteen languages including Hindi, English, Tamil, Assamese and many others, that can be chosen according to the convenience of the user. Shows can be recorded and saved for later.

With its multiple user friendly options and frequent updates of latest features, the app provides a complete entertainment package. 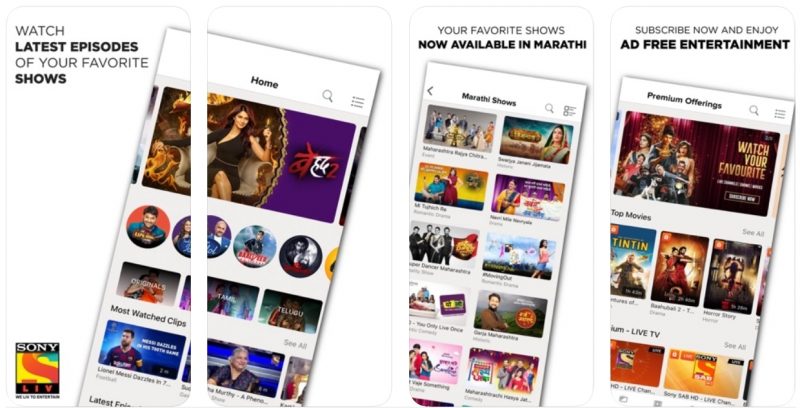 One of the amazing options for TV shows,  movies and sports, Sony LIV offers a spectrum of shows including its own originals.

Be it any age group, kids or teens, youngsters or elderly, the app has entertainment for everyone and can even work at a slow internet connection.

It also offers subscription plans at INR 99 per month, INR 299 for six months and INR 499 per year, with advertisement-free access to unlimited entertainment. 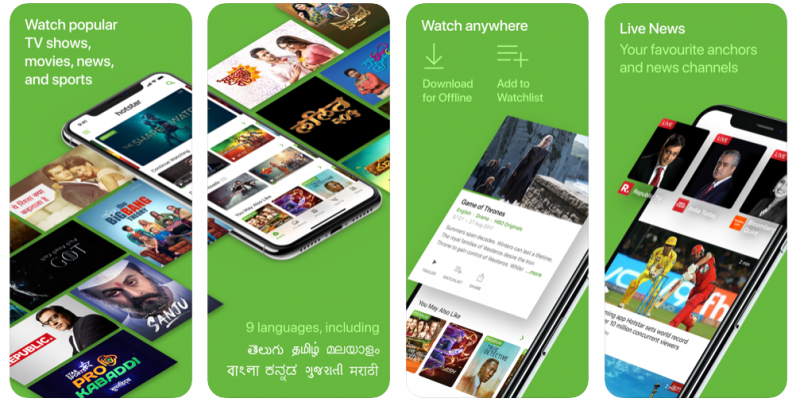 With more than a hundred million users, Hotstar offers some of the best modes of entertainment including sports, TV and movies in multiple languages.

Its unique subscription offers are Hotstar VIP and Hotstar Premium.Hotstar VIP gives access to several sports events including IPL and Formula 1, Hotstar originals and Star TV shows before they are streamed on TV

Hotstar Premium offers latest American shows and Hollywood movies in addition to many others.The content and features of this app vary according to user choices in different countries across the globe.

The app is the only alternative to watch Star India shows as they are aired on TV.

Airtel XStream, popularly known as Airtel TV, is one of the most sought after TV apps in India for uninterrupted entertainment, news, TV shows and a lot more for Airtel users.

The app has partnered with its counterparts including Hungama, Shemaroome, Eros Now and YouTube to provide a wider range of entertainment from different channels and genres.

Multi-device access, upto five devices at a time  from a single log in, pause and resume feature and personalised watch lists add uniqueness to the app.

With more than 50 million users, Airtel XStream provides an all in one mode of entertainment that is bound to make you forget your TV sets.

Vodafone Play is one of the most cost-effective and user friendly  options in the world of entertainment with its user friendly interface. The app allows free of cost online as well as offline access to its users including downloading for the first three months, yet providing an extravagant experience in news, music, sports and TV series in thirteen different languages. Users can subscribe to the app at INR 49 per month.

Several web series and originals from its partners ZEE5, Arre, Eros Now and Hoichoi are also available on this app offering wider options to its users.

Voot by Viacom 18 is a go to option for all age groups and genres that provides ad-supported on demand videos . It’s unique content spanning across a number of channels provides diversity in entertainment.

Voot originals with realistic content and much  relatable and popular caste engages the minds of viewers from all directions.

Voot Kids provides exclusive content from different channels that makes the platform unique. Updates for this app are released frequently for a smooth functioning.

A must-have for Tata Sky users, Tata Sky Mobile offers its users TV shows and sports from across more than four hundred channels and latest movies on demand.

Users can manage their  Tata Sky accounts and recharge online via this app and watch all the channels they have subscribed to on their Tata Sky sets.

This app exclusively can also help you set reminders for your favorite shows and record them for later view.

This app brings for its users, an extensive library with exclusive content ranging from daily serials to sports, from movies to originals and web series from across a network of 80+ channels. This app also offers shows, movies and much more for kids too.

It’s custom language option lets the users select a language of their own choice and a sign-in is not required for access.

Its annual subscription offers a wider access to its diverse library.

New users to this app can initially enjoy the services for free and later dedicate some amount to YuppTV wallet for a better experience with a wider range of channels, movies and sports. However, all of Star and Zee channels are not available in India.

Yet, YuppTV is a go to option for your all time entertainment.

This app offers uninterrupted entertaining while streaming over a hundred channels from across India, giving you access to a plethora of live TV shows, sports, movies, news and reality shows in multiple languages.

It offers free access to live news and more than a hundred Indian TV channels. The app has exclusive features like data saving mode that allows users to manage their data while watching and Quicky, that offers time-bound recommendations for you. Navigation through the app is made easy through TV guide and reminders.

This globally available app allows you to watch your favourite shows from anywhere in the world and at anytime.