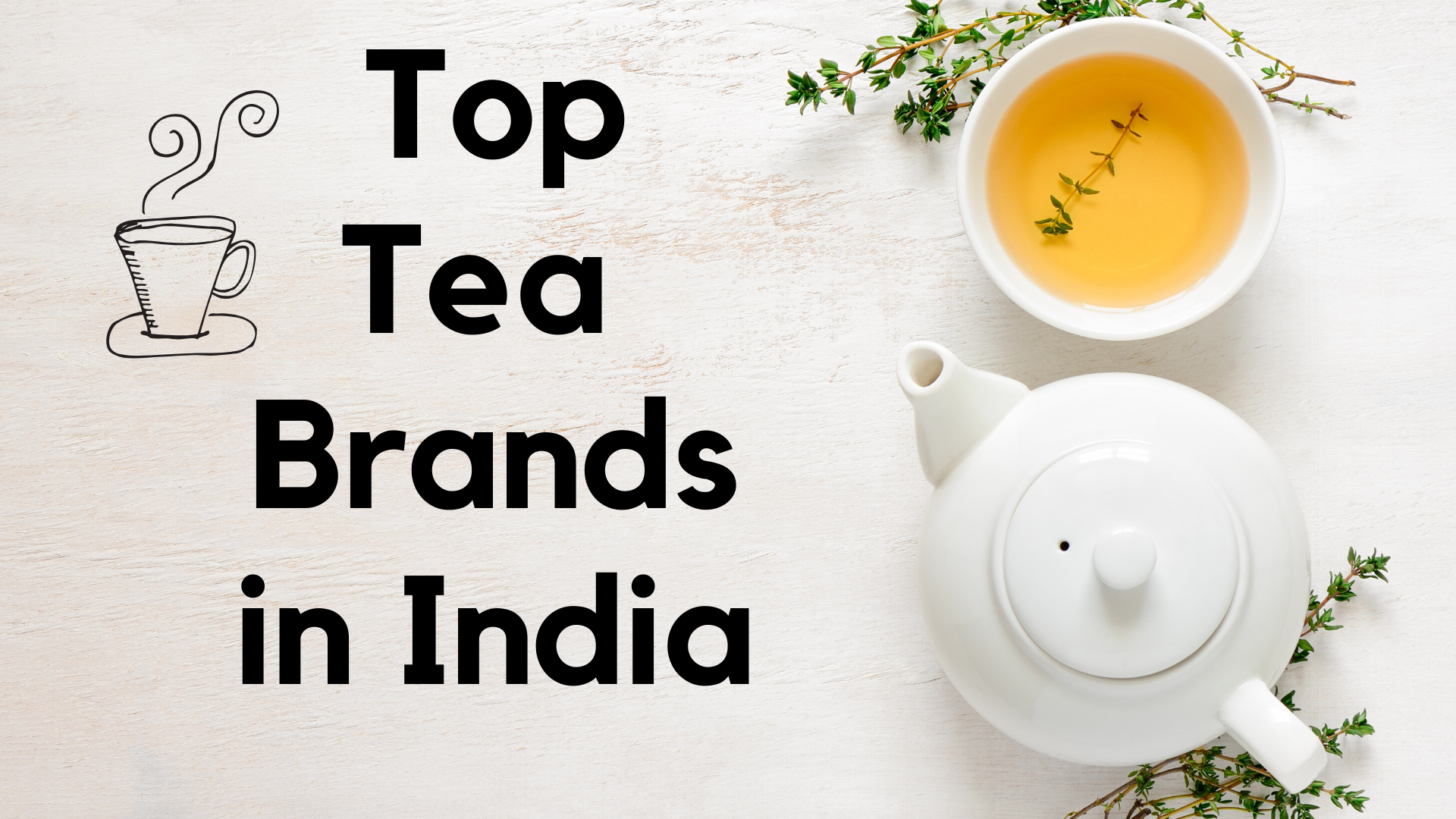 No one is going to deny the fact that it is really necessary to stay fresh and hydrated in this busy world. We humans have become very hard working and try to accomplish almost all works possible within the last time frame.

And when one is trying to do a lot of stuff in the least time possible, he has to put in a lot of effort. And when someone puts in more effort than he can afford, he is due to get exhausted.

Don’t be surprised! It is not a joke! Tea is such a drink that it can easily make one fresh and active within moments. When one is sleepy or tired, a small cup of tea can work wonders. And it has been proved many times.

If we come to the history and meaning of tea, it is an aromatic drinking beverage which is prepared by mixing boiling water with the cured leaves of a shrub named Camellia sinensis – which is native to Eastern Asia – and other items like sugar.

It has been stated that after water, tea is the most taken drinking beverage! Why is it important? According to studies, 100 grams of tea mixed with water can give you 1 calorie!

Tea was originally known to be stated in China but if we look at the primary cultivator region, it is India. The state of Assam of India is known to produce and export world’s finest tea leaves. So there is no doubt that India is the country where the largest population of tea intranets are found.

Basically tea leaves are of one type i.e. they have a single taste. But after tea leaves are cultivars and fermented, they are given different flavours and tastes by different companies. Some common types of tea are chocolate tea, Masala tea, black tea, green tea etc.

In India, there are numerous companies which are prominent manufacturers of the best quality tea. So if you are a big fan of drinking tea, the question running through your mind will be that which is the best tea producing company. Let us look at some prominent producers of tea in India.

Here is the List Of Most Selling Tea Brands In India (Pure & Organic Tea):

TATA tea is known to be probably India’s best quality and most liked tea. It is manufactured by TATA Global Beverages Limited which is an Indian non-alcoholic Beverage company and a subsidiary of Tata companies. It is world’s second largest tea manufacturing company and a prominent coffee producer as well.

Tata tea sells tea under various packaging and flavours like Tata Gold, Tata Taaza, Tata Agni, Tata Premium etc. Which have their own importance in the market.

Tetley, Good Earth and JEM A do their share of work mainly in the foreign countries like Canada, UK and USA. Tata Tea is also known to start social movements opposing corruption in India with the name “Jaago Re!”. 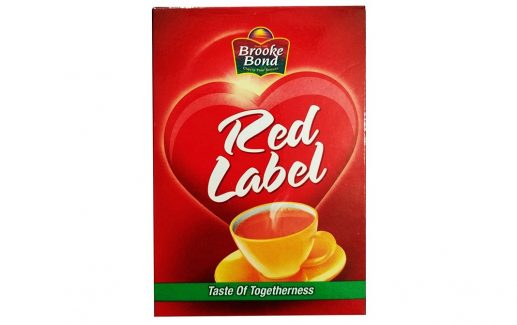 Arthur stated his first tea shop in 1869 and the company was named with the combination of his last name and the ‘bond’ which he had with his customers. Brooke Bond is a famous tea selling brand in India, United Kingdom, Pakistan and other countries like USA and Canada etc. In. India, Brooke Bond runs under two sub brands band Brooke Bond Red Label and Brooke Bond Taj Mahal.

While Brooke Bond Taj Mahal is made of tea leaves grown in estates of Upper Assam, Darjeeling and Tripura, the Red Label is the Indian blend tea made in Assam, Meghalaya and Coochbehar. So, Brooke Bond mainly seeks in these two brands in India and both of these have a big name in the market, with Red Label having a larger share.

If you are among those who are fitness and health freaks, you must be familiar with Lipton tea. And please do not ask me how tea is related to fitness! Lipton produces one of the best quality of green tea for which it is preferred by most youngsters and old ones as well.

Lipton is a British brand of tea which is owned by the very well known Unilever. It was once a big supermarket chain in the United Kingdom too. The company gets its name from its founder Sir Thomas Lipton who first introduced the Lipton pack of yellow colour with a red Lipton shield. It was stated back in the year 1890 and most of the ready to drink tea are sold by Pepsi Lipton International, a joint venture of both Unilever and the PepsiCo of Pepsi Companies.

It has a worldwide market and is sold under various sub brands. Lipton Yellow Label and Lipton Iced Tea are the most sold and preferred brands but others like Lipton Milk Tea in East Asia and Lipton Pyramid in Europe and North America are sold as well. Lipton offers its tea in two preferred forms – as tea bags in North America, Europe and Australia and as loose tea powder balls in Asia! 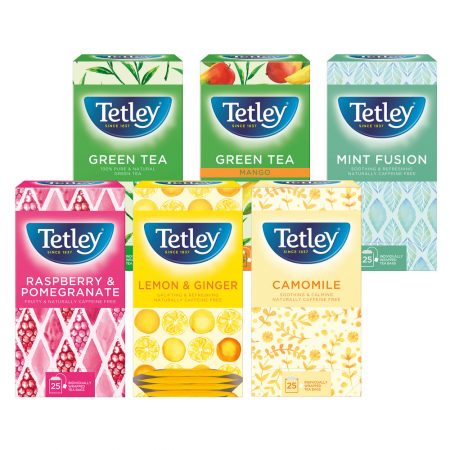 Tetley is a tea brand which came into notice in the Asian region just recently because of the quality it offers. Tetley packaged tea bags are well preferred in various regions. It is the largest tea manufacturing company in United Kingdom and Canada and the second largest by volume in the United States. It has a worldwide business, operating in about 40 countries and selling under over sixty brands.

Tetley is basically a non-alcoholic beverage manufacturing company based in England. It was stated in the year 1837. The name was given by the founders – brothers Joseph and Edward Tetley. The story behind Tetley is that the founders Joseph and Edward were small sellers at first. They used to sell salt packets but since the job did not go well, they started selling tea. And it was so successful that they established their own brand.

Currently Tetley is a wholly owned brand of the Tata Global Beverages  headquartered in Kolkata and is the second largest tea producing company in the world after Unilever.

WAGH BAKRI is a tea manufacturing brand based in India and is a newly launched brand and has managed to make a name within a less time stamp.

It is manufactured by the Gujarat Tea Processors and Packers Limited (GTPPL) headquartered in Gujarat, India. GTPPL is the third largest packaged tea company in India. It specialises in all kinds of tea forms available like dust, powder, bag and regular leaf. It was founded in the year 1915 in Ahmedabad by Shri Narandas Desai.

GTPPL has certification in the organic green tea bags it sells and operates in several states like Gujarat, Delhi, Hyderabad, Madhya Pradesh and had recently been introduced in Goa and Chhattisgarh. It also operates about 15 tea lounges around the country.

These are some of the basic and most preferred tea brand in India. As said, all of these have their own quality and branding, so it is completely upon the customers to decide which one is the best!

10 Best Turmeric Powder Made with Organically in...