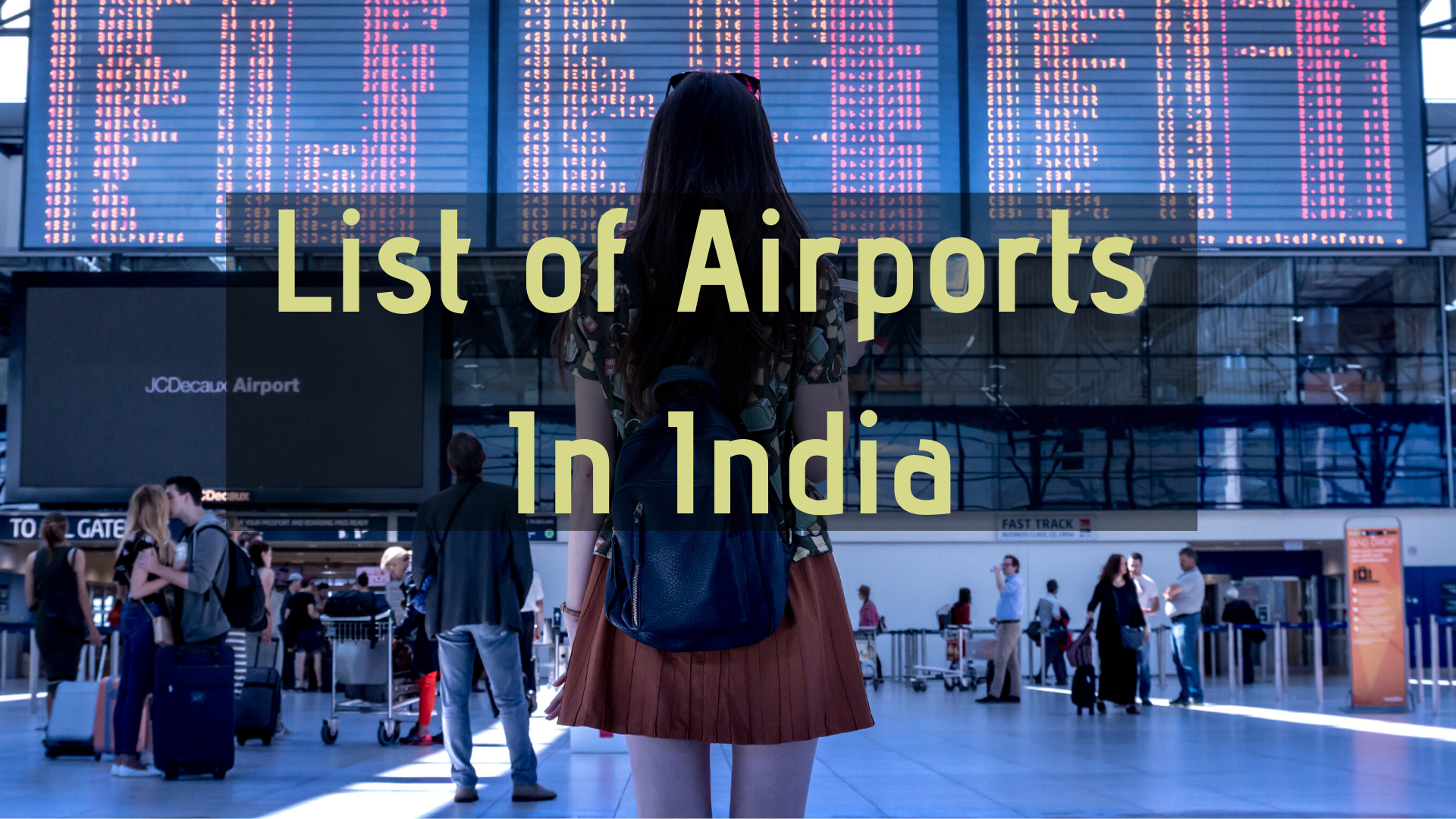 Travelling via air is one of the most important forms of traffic. It is a staple form of traffic if one wants to go overseas. A country can survive and do good if it has a good air network. It is a large country which is well-connected by airways. Following is a list of top airports in India.

While the first few six deals with the airports which are important to the country and are some of the busiest and largest airports the remaining four deal with some of the most beautiful airports in the country.

Here’s the of 10 best Airports In India: 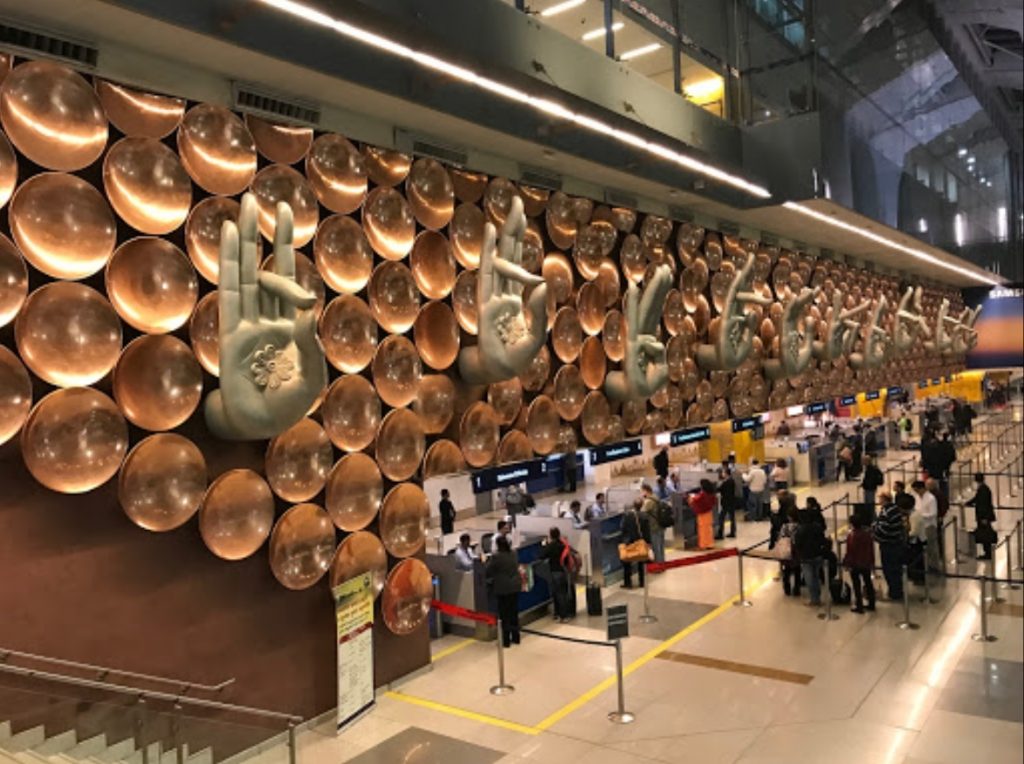 New Delhi is the capital city of India. It features the busiest and most important international airports in the country. The design of the airport is pretty modern and is aesthetically pleasing.

Every day thousands of people travel through this place. The airport is named after Indira Gandhi who was the third prime minister of India. The airport has an area of about 5100 acres. It is currently undergoing constructions to increase its efficiency and capacity to handle more passengers. Currently It is the 26th busiest airports in the world. 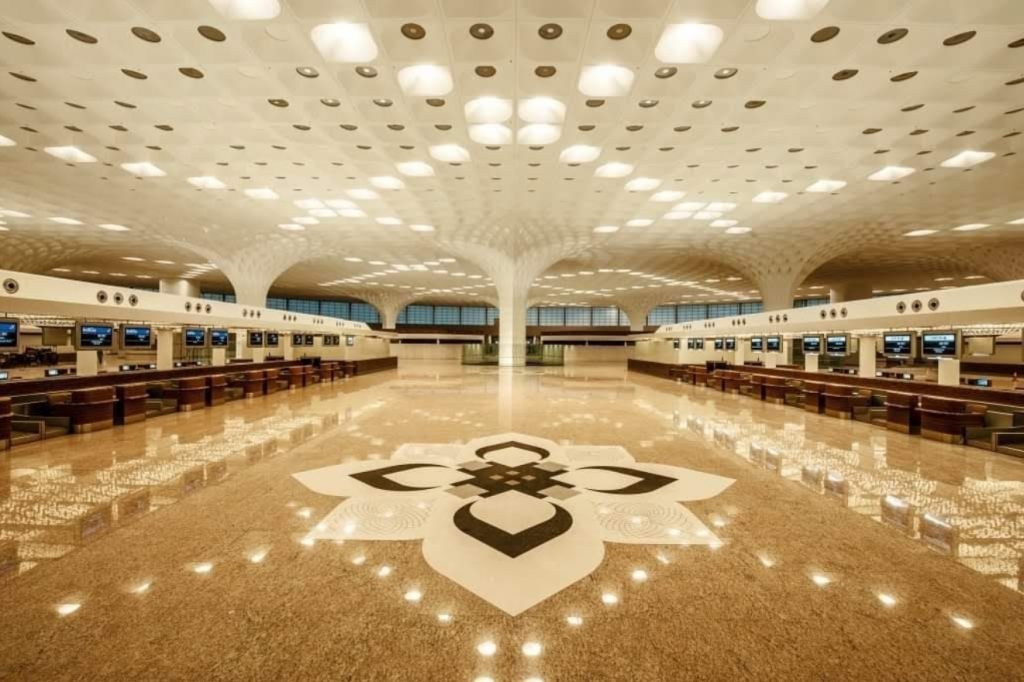 Mumbai is one of the most important and busiest cities of India. It is the financial capital of the country. So, it is of utmost importance that air traffic of such an important place is efficient and provides top-quality service. 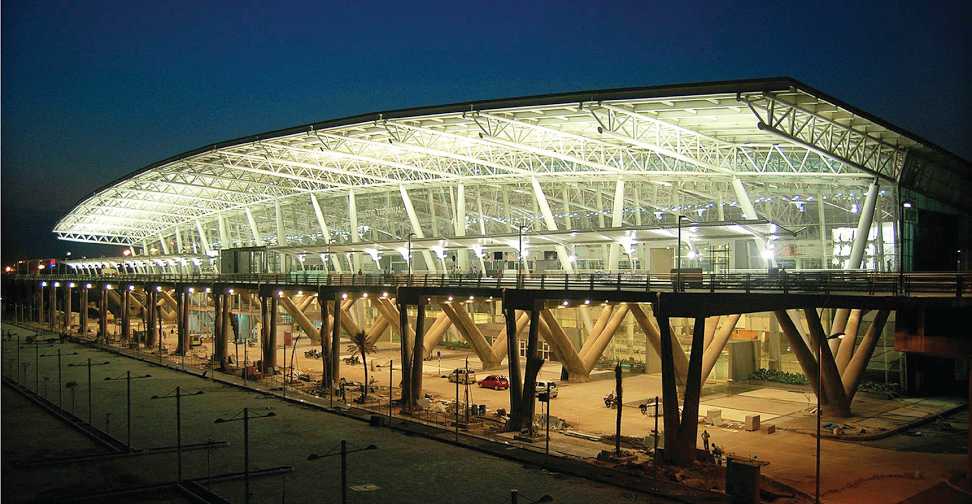 Chennai is the capital city of Tamil Nadu. It is one of the prime cities of South India and is one of the most important megacities in India. It is a metropolitan city with a population of over 7 lakh people. The Chennai International Airport opened in 1910.

It has been an important airport not only for the city but the country as well. It is the first international airport in India to receive the ISO 9001-2000 certification. The airport manages over 500 flight movements daily. It is the 49th busiest airports in Asia and is one of the four major airports in India. 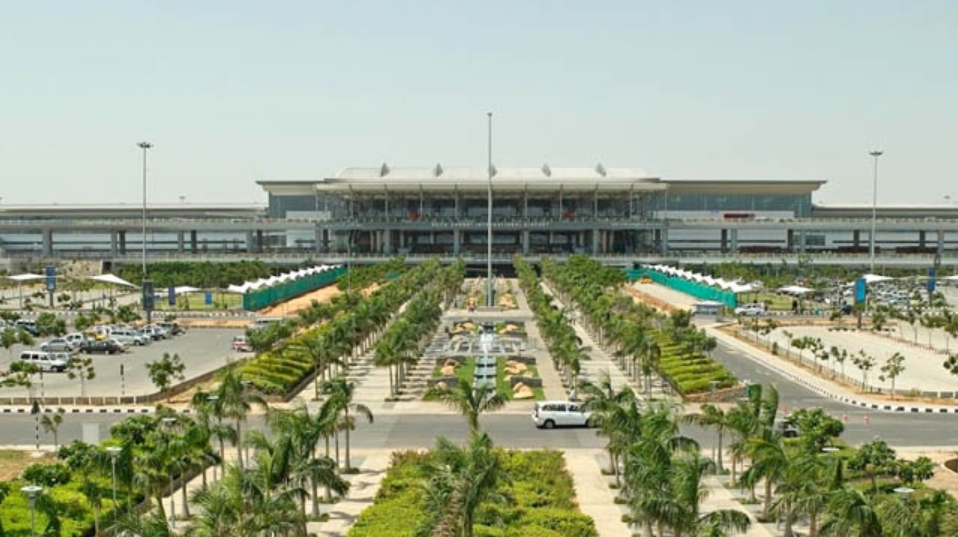 Hyderabad is an important Indian city. It is the capital city of Andra Pradesh and Telangana. It has a population of about 7 million and covers an area of 650 square kilometres making it one of the largest Indian cities. Due to its rich history, the city had been a popular tourist spot.

Rajiv Gandhi International airport is located some 24 kilometres away from Hyderabad in Shamshabad. The airport is named after the 6th prime minister of India, Rajiv Gandhi. The airport opened a decade ago and in the previous year, it handled around 20 million passengers.

Bangalore or Bengaluru as it is officially known is the capital city of the state of Karnataka. It is the silicon valley of India because of the huge number of IT industries present there. It is an important Indian city and has a population of about 8.4 million people.

Kempegowda International Airport serves the city of Bangalore and is located some 40 kilometres from it. It has been named after the Indian ruler Nadaprabhu Hiriya Kempe Gowda of the Vijayanagara Empire. It is one of the busiest airports in India and is the 29th busiest airports in Asia. 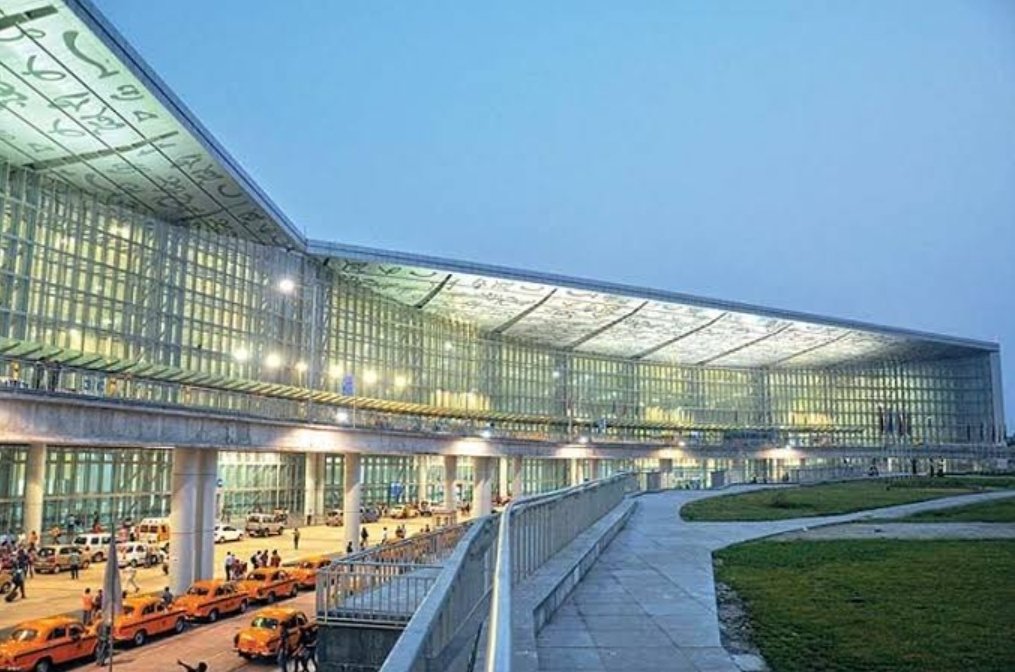 Netaji Subhas Chandra Bose International Airport is situated in Dum Dum, West Bengal and is the airport which serves the metropolitan city of Kolkata. Kolkata is the capital city of West Bengal and is one of the busiest cities in the country.

Kolkata is known as the city of joy. The airport is spread over 2460 acres of land and was opened in 1924 making it one of the oldest airports in India. It is also the 5th busiest airport in India.

Ladakh is one of the most beautiful places in India. No wonder tourists from all around the world flock to this place. It is surrounded by amazing hill station scenery with high-rising, snow-capped mountains.

So, it must not be a surprise to learn that the airport of Ladakh is also amazing to look at. The airport is named Kushok Bakula Rimpochee Airport after the head of Pethup Gompa in Spituk.

It is at 3256 meters above sea level and is surrounded by snow-capped mountains. There are some restrictions on this airport. One is not allowed to carry heavy baggage. Also, the flights only take off in the morning due to chilly afternoon mountain winds.

From thousands of meters above sea level, let’s come down to sea level. The next airport that is on this list is situated in Lakshadweep islands which is a union territory of  India. It is a beautiful tourist spot as thousands of people from all over the globe come to visit the scenic beauty of this place.

The population of Lakshadweep is around 78.5 thousand people. What makes this airport amazing is that the runway is situated on a very narrow strip of land which is surrounded by sea. The view is mesmerizing. This airport is situated in Agatti. 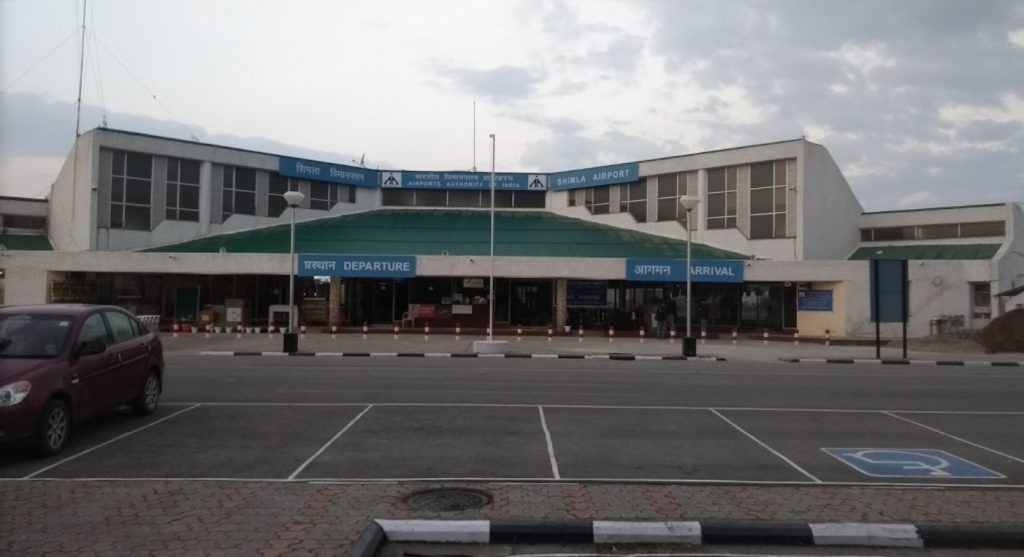 We need to go back into the mountains for this next one. Shimla is one of the most popular hill stations in India. It is the capital of Himachal Pradesh and is a popular tourist spot. The city is over two thousand meters above sea level.

Apart from the scenic beauty of the mountains, one can enjoy beautiful architectural specimens which vary from Tudorbethan to neo-Gothic style. It is an important city in India and has a busy airport.

The airport is situated atop a hill and is surrounded by lush greenery. It is around 1500 meter above sea level and one can see green valleys all around.

Himachal Pradesh has another airport in Kangra which is around 15 kilometres from Dharamshala. Like the airport of Ladakh, the airport at Kangra is surrounded by snow-capped mountains.

The airport is not an international one and thus mainly flights from Delhi and Chandigarh make up the traffic of this place. The airport has amazing scenery. If you are ever in Kangra do not forget to visit the Masrur Temples which are dubbed as Himalayan Pyramids.