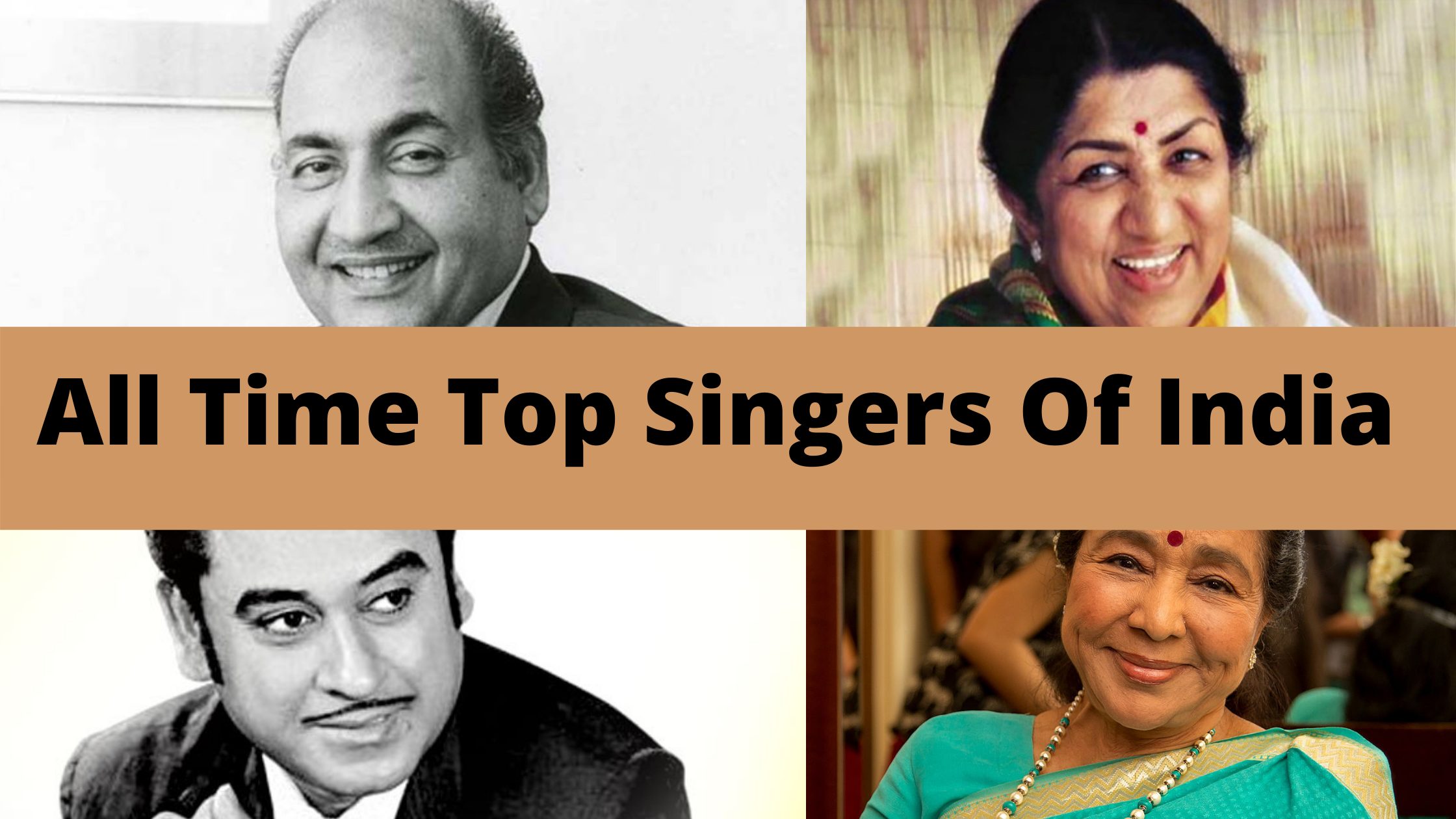 “One good thing about music is that, when it hits you, you feel no pain.”
India is the land of diversified culture, aesthetic tradition and soulful music. Just like the land’s myriad shades, the music of this nation exceeds in all aspects. From various genre to culture, from various forms to vastness, it excels in all the spheres.

Heartiest gratitude and kudos to the wonderful Indian singers who have elevated the magnitude, essence and enigma of Indian music – be it classical, be it folk or be it filmy to such an extent. They have polished the lyrics, refined the melody and made music a soul itself. 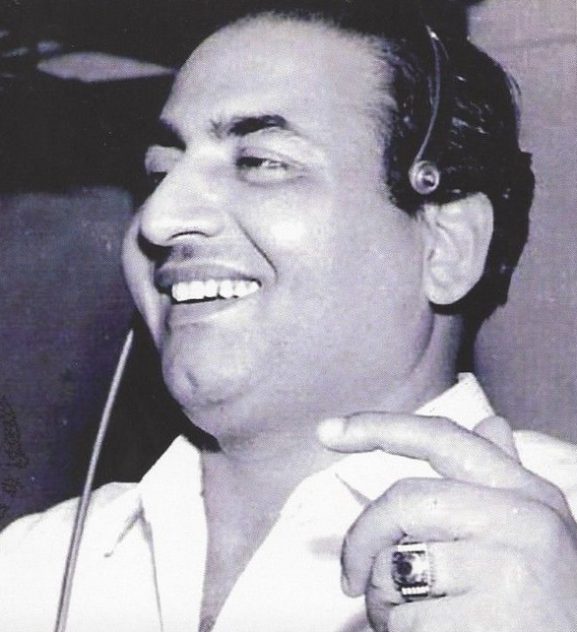 “Jo bhi ho tum khuda kasam, lajawaab ho.”
The guru of qawwali, ghazals, Sufi, bhajans ruled the mid twentieth century like a music avatar. From desh bhakti (flag waving; patriotic) songs to soft romantic songs, from comedy to pop songs everything was so very smooth and lucid for him. He had the enormous power to adopt to the characteristic trait of an actor and synchronized his voice, tone in the manner of the actor.

That was his famous and special ability. He served his voice through a variety of Indian languages. From north Indian to south Indian, from eastern part to western part. Not only that foreign languages also got the flavor of his voice. He was so sought after that even after his death, movies were made in his honour. The legendary artist achieved honours like ‘Padma Shri’ and many Filmfare and National Award for being an amazing playback singer. 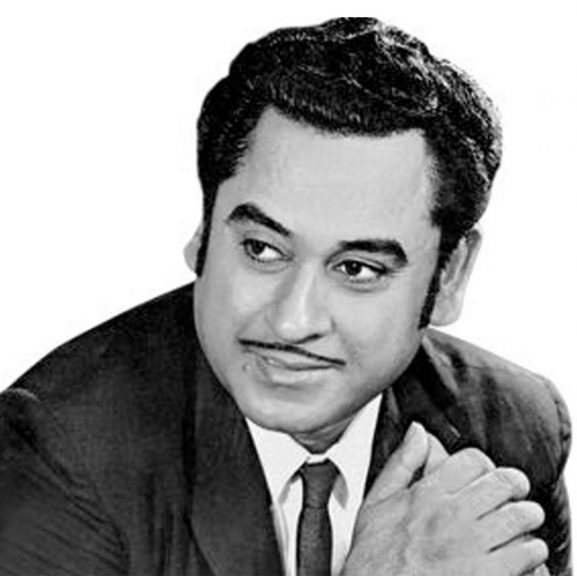 “Love is the name of a thing that teaches a person how to sacrifice.”

Mr. Ganguly, the Bengali will remain immortal through ages. Although Abash Kumar Ganguly (stage name – Kishore Kumar) is more popular for being a singer, he has excelled as an actor, music director, lyricist, producer and screenwriter. He sang in a variety of languages.

From comedy genre to sad or happy romantic songs he has cherished the Indian music industry with his joviality, freshness of voice and sensitive touch. The number of songs which he had gifted us is beyond any comparison. The numbers are 245,202,119 and 139 for Rajesh Khanna, Jeetendra, Dev Anand and Amitabh Bachhan.

Kishore Kumar was very particular about payment. He followed the ‘no pay, no work’ policy very strictly. Even after several moons have passed after his demise, his legacy, bequest and musical influence will run and rule through several summers. 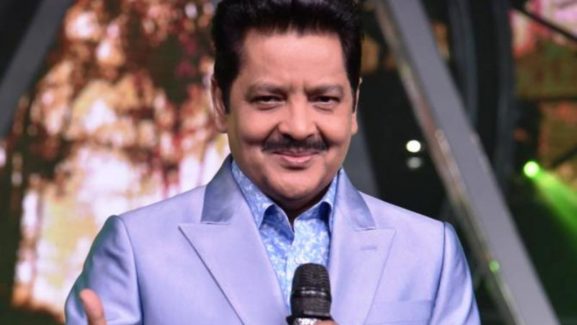 “I am a man from a decent Brahmin family in Nepal. I started my career singing songs at fairs and entertainment joints for as little as 25 paise and 50 paise.’’

The chocolate boy has an everlasting impact on every young adult. From a soothing, energetic, vibrant voice to a charming smile, Narayan Sir rules the soft couch of our heart. From teenager to middle aged man everyone’s pitch suits his voice. Automatically fits in.

Udit Narayan has a track of languages when it comes to singing – Hindi, Nepali, Tamil, Telegu, Kannada and Odia. He has achieved a lot of civil honours, lifetime achievement awards and International awards. Filmy, pop, classical, bhajans, semi-classical all are coming under his domain. But romanticism’s another name is Udit Narayan. 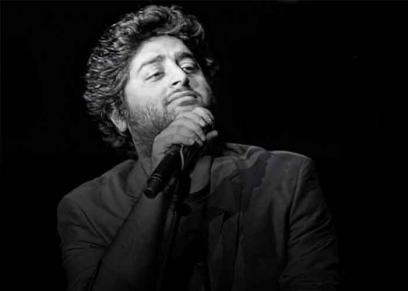 “ When my voice breaks, it breaks automatically. I don’t do anything special to maintain my voice.”

The sensational name creates a spark, glimmer and interest inside everyone. Arijit Singh has created numerous fans from different age group. His voice carries his soul, his expression exhibits his ardent love for music and his songs reveal the emotional tone of every minute circumstances.

His romantic songs, especially sad romantic songs mainly catering around break ups very naturally create a space for sorrow feelings even if you have not been through that situation. Singh basically sings less, captures, captivates and procure hearts, compassion and sentiments. 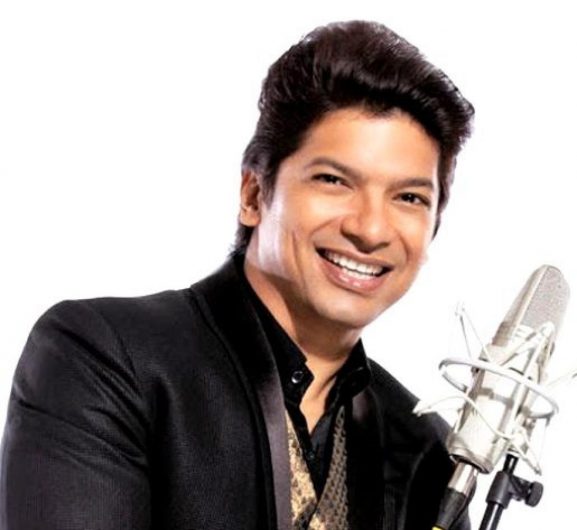 “ Composers and lyricists are not responsible for storyline and casting.’’

Shantanu Mukherjee, the Bengali boy has served the Indian music for quite a long time. His genres include – pop, sad songs, patriotic, jazz, ghazals, hip-hop, rock etc. Rabindra sangeet and Shaan’s voice is an extraordinary combination. Shaan has vehemently judged various musical shows and has done justice to his role.

From soft romantic songs to suspense or thriller songs every mood or theme goes hand in hand with his voice. Besides being a singer, Shaan has also composed songs and has penned down a lot. The dashing singer has been an eternal sound via his versatility, sensational and fine voice. 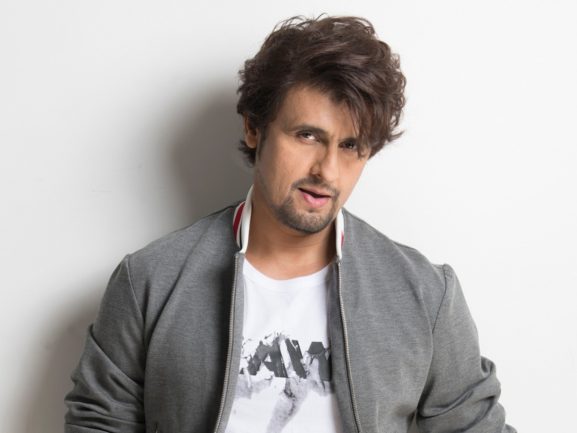 “ Change is the only constant, whether it’s in music, culture, dance or fashion.”

Sonu Nigam is the heartthrob of many. Walls of bedrooms are decorated with his posters. Such a versatile and prince charming singer he is. Nigam has served his voice for a plethora of languages and he holds a remarkable proficiency when it comes to enunciate different languages.

The amazing singer officially launched his career at the tender age of nineteen via the album ‘Rafi Ki Yadeein.’ Gifted with an astounding voice, Nigam also exhibited his acting skills on screen which were highly appreciated. Sonu Nigam’s judgement in the famous singing show- ‘Indian Idol’ will remain eternal and worth appreciating. 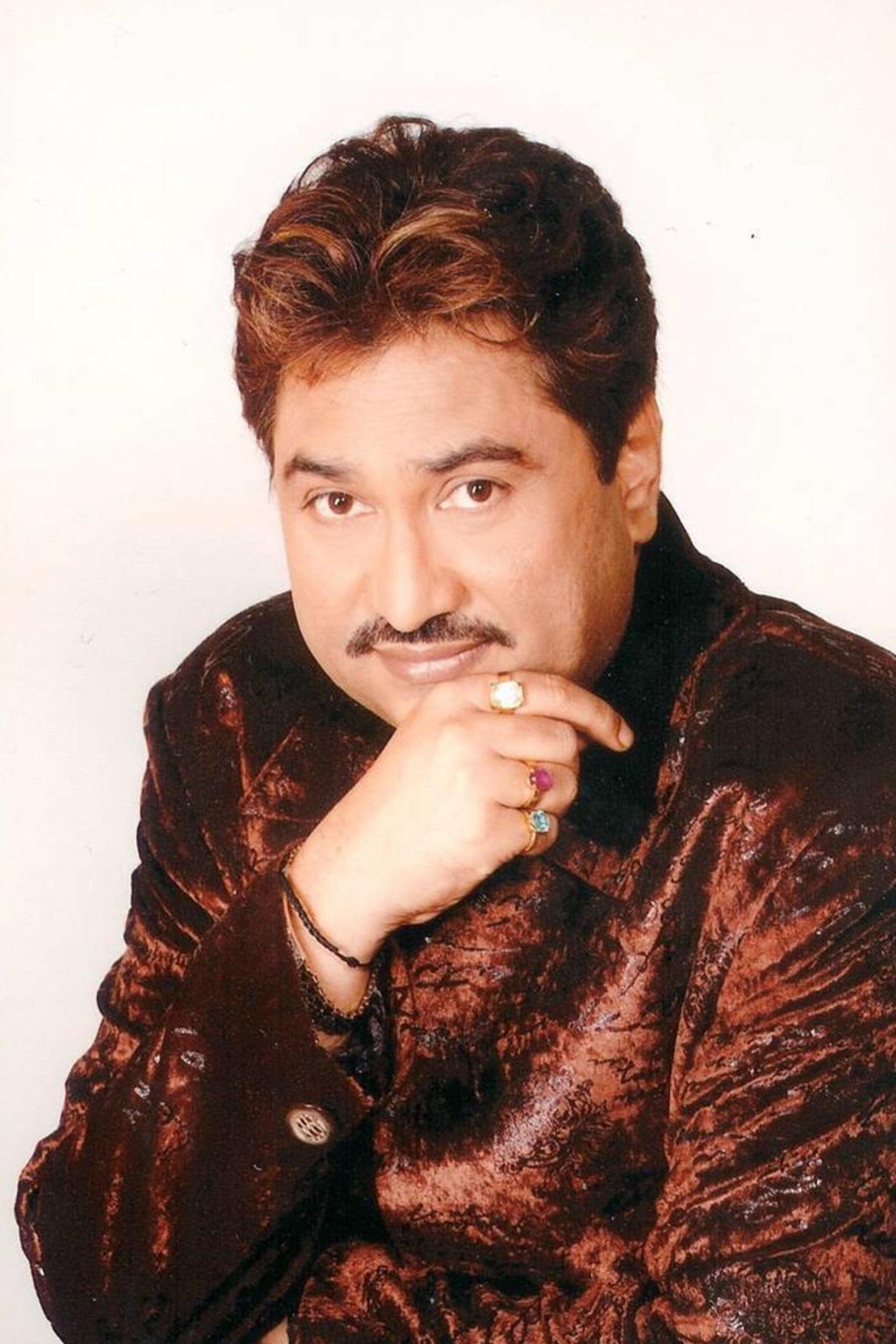 The king of melody, Kedarnath Bhattacharya is a very famous playback Indian singer ruling the melody world since the end of 1980s. The languages in which he recorded include- Marathi, Assammese, Bhojpuri, Gujarati, Malayalam, Kannada, Tamil, Punjabi, Oriya, Chhattisgarhi, Urdu, Pali, English, Spanish and definitely in his mother tongue Bengali.

While singing, his words turn into heart touching droplets as if we are only singing it, we are taken to that setting, we are the characters. Even after going through controversies and turmoil, the melody king has successfully flourished as one of the finest singers of Indian music. 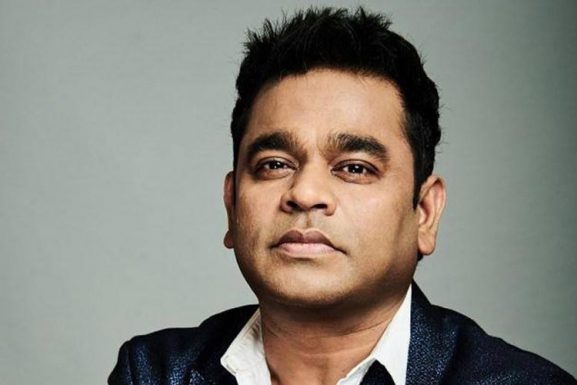 “ If Music wakes you up,makes you think, heals you, then I guess the music is working.”

The Oscar king needs no introduction. Allahrakha Rehman has truly achieved our hearts with zero haters. He is the music maestro in India. From a dream to become a computer engineer to landing up on the double Oscar field, Rehman Sir has filled his musical career with epitome of versatility, melody and diversified culture. His peak of the career finds its base in South Indian movies.

From romantic tune to patriotic blood, from enthusiastic and leading approach to goal-oriented melody, he excels in all the categories. One of the amazing and inspiring singers, whose musical compositions and direction also rules the core of our heart. We crave to hear is songs. Independence Day is incomplete without his ‘Vande Mataram’ song. 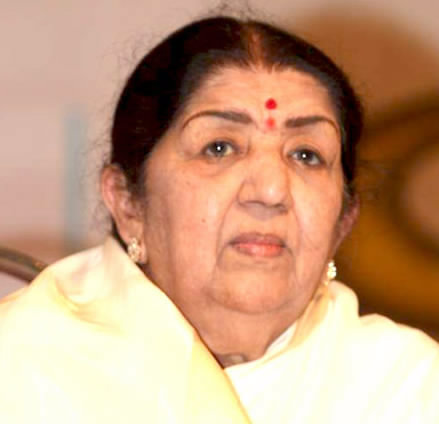 “ It was not really the eternal influences that made me a singer. Music was within me. I was full of it.’’
‘The Nightingale of India’ has shown her marvelous and sensational singing enigma over the decades. She is the ‘Voice of the Nation and Millennium’. Bharat Ratna, Padma Vibhushan, Padma Bhushan, Dada Saheb Palkhe Award, Life Time Achievement and many more are inside her career bag. Her career started when she just stepped into her teenage life. Yes! only thirteen she was.

‘Kiti Hasan’ was her first-ever project. Lata Ji was mostly famous for her eminent vocal range that exceed in itself. The weightage and impact given to the Indian musical world by Lata Ji is beyond any comparison. She has recorded a variety of albums and her genre spans over a diversified section – pop, romantic, filmy and what not. Afterall, she is the queen of Hindi music. Indeed, a remarkable, irreplaceable and iconic icon to be cherished forever.
“ Meri awwaz hi pehchaan hain, gar yaad rahe” 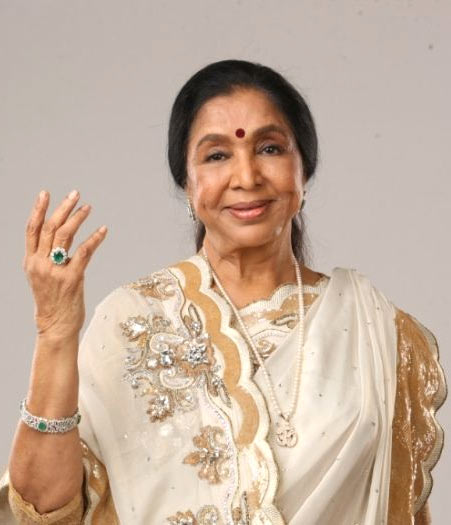 “ What she can do with her voice is beyond belief.’’
The ‘Queen of Indipop’ has reigned over the decades. Lend her most versatile voice to best of actress in the filmy world. Her genre includes – Bollywood, Pop, Ghazals, Bhajans, Qawwali, Folk and Rabindra Sangeet. She is the ‘Pride of India’. Although she faced a lot of turbulations and agony due to her marital issues which was an elope and love marriage case, the Indipop Queen never lost hope.

She tried hard and stood on her strong feet to polish herself and the Indian music itself. Her work with various music directors on a variety of projects has established her as the diva of pop music. Not only that, she has done a lot of concerts and collaboration projects with foreign people as well.

Her singing career always inspires us, but apart from them Asha Ji as a guide and guru has been tremendous. During this new normal period, she started her own initiative called ‘Asha Ki Asha’ where he encouraged and motivated new and young talents to showcase their singing capabilities. She herself judged the entries and awarded the winner with prize money. Indeed, the love of millions for so many reasons.
“ Jhumka gira re Bareilly ki bazar mein.’’ 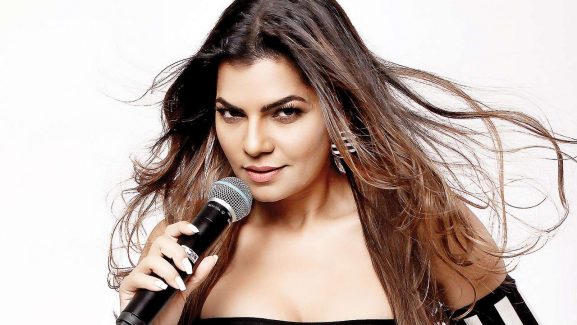 The ‘Munni’ girl has become overnight sensation just after her ‘Dabang’ song. She captured everyone’s hearts via her sensational and rocking voice. Her genre includes – filmy, pop-folk and Indian pop. Her main focus and point of popularity are item songs, she is standing on the epitome of it.

Telegu and Bhojpuri languages are flexible and well known to her voice. Within a very short span of his singer career she has earned a lot of trophies in her satchel. From just doing stage shows within her vicinity to obtaining nationwide recognition, the ‘Queen of item song’ has gone too far in the sphere of Indian music.
“ Tooh tooh tooh tooh…… tooh” 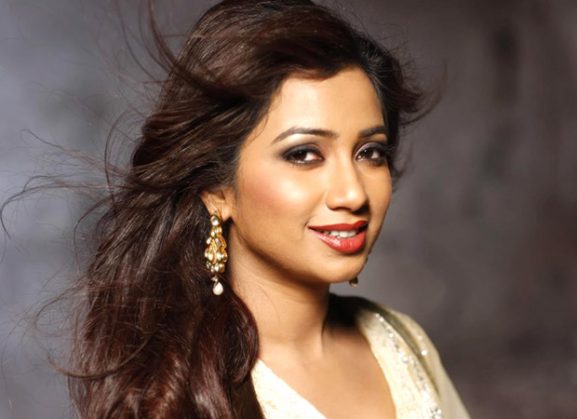 “I have to say that my biggest award is performing in front of my fans. Their love is my award.’’
The Bengali girl is known as the World Indian Singer. She started creating her foundation via reality shows being the winner. She has got training in Classical Hindustani music and playback singing. Whatever language she picks up is so very smooth with her versatility, be it Hindi, Kannada, Malayalam, Telegu, Tamil and definitely Bengali, her native tongue.

Apart from being a singer for commercial purposes, she is an apt judge. From judging kids to young adults, Ghosal is so very perfect as a guide and mentor. Shreya Ghosal started nurturing music from the very tender age of four. Her genre includes- filmi, pop, ghazal, classical, bhajan.

She has lent her voice to famous actress of all time, ranging from young to middle aged. Her voice is so adaptable and flexible that from rocking item songs to smooth romantic sad songs, every single theme can be Enlighted through her vocals.
“ Yeh Ishq hai baitein bitaye Jannat dikhaye haan. Ooo Rama.’’

The guiding hands behind the upliftment of Indian Music are build up by a variety of such singers. Its impossible to list everyone. From Hindustani classics to regional folks, from filmy pop to bhajans and qawwalis Indian cinema finely refines and excels in all the genre.

The Indian Music is not only renowned among the nation but also at an international level. Indian singers know how to turn lyrics into feelings, tune and tones into musings and a very unfamiliar language to a hearty lavender. Indian music is actually worshipped.
“In our culture, we have such respect for musical instrument, that they are like part of God.’’