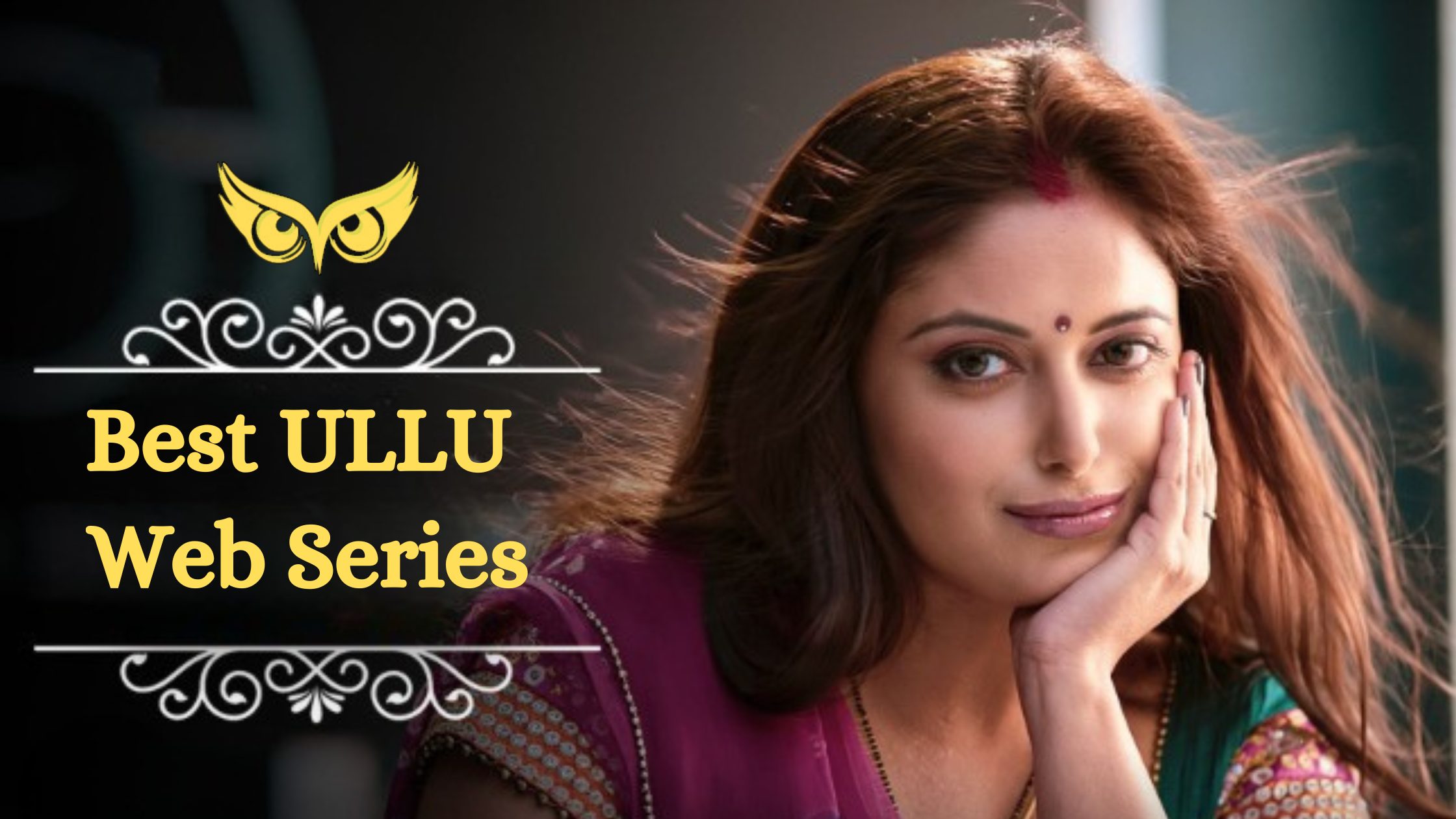 Honestly, there is a lot of taboo around adult content premiering on mainstream platforms within India. Moreover, the censor board is stricter than most other countries, which makes such content rarer to access. However, recently there has been an increase in movies/shows that have been touching these themes. Ullu web series are among the most popular adult theme shows.

When you think bold and sexy, these shows immediately come to mind. Firstly, these shows have a huge mass appeal in terms of entertainment and sensationalism. But more than that, the shows finally normalize all forms of sexual desires and their free expression.

In this list, we have done our best to review the Ullu hot web series that have become all the rage among people of India. Most of these ullu web series are recent additions. However, we have taken care to include slightly older, but probably the best series as well.

This is another fun but highly interesting show. Its story revolves around a middle-class girl who feels the crunch of her low finances when her mother falls sick. To take care of her, she joins the ‘Lovely Massage Parlor’. Although people deny it to her face, she is quickly taken to be ‘perverted’ and ‘too bold’.

However, our leading lady is too optimistic and lovely to take these silly opinions as a setback. Do tune in and enjoy her wonderful journey. 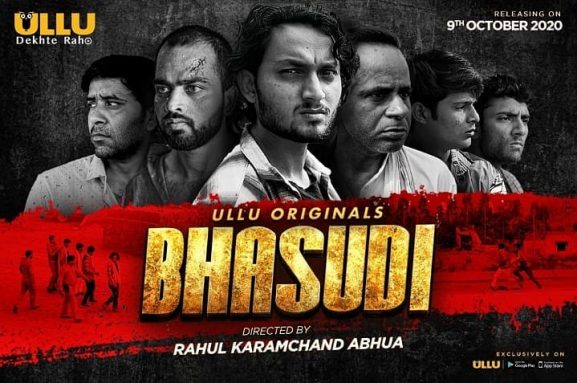 Watch the trailer of Bhasudi

Bhasudi is an ullu web series that went public in 2020. Since then, its popularity has seen a continuous rise. The show revolves around a man- Zafar who meets a major accident. Following this, Zafar enters the world of crime, becoming a rising gangster. The show has some heart-throbbing adult romance.

This Ullu web series cast includes Rahul Abhua, Sajid Siddiqui, and many more. The hotness of the show increases with each episode, and we fully recommend it. 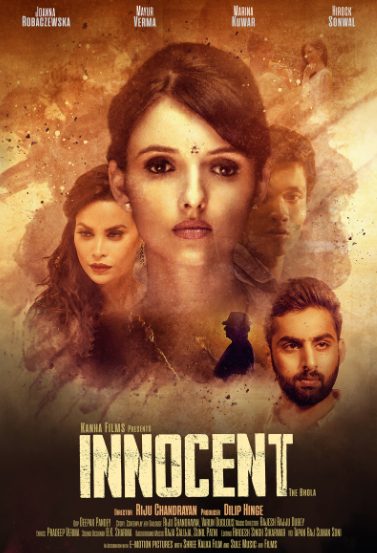 Watch the trailer of Innocent

This ullu hot web series features the story of a house help who is unable to resist his gorgeous owner. Casting the irresistible Joanna Robaczewska and Marina Kuwar, the show explores facets of infidelity. 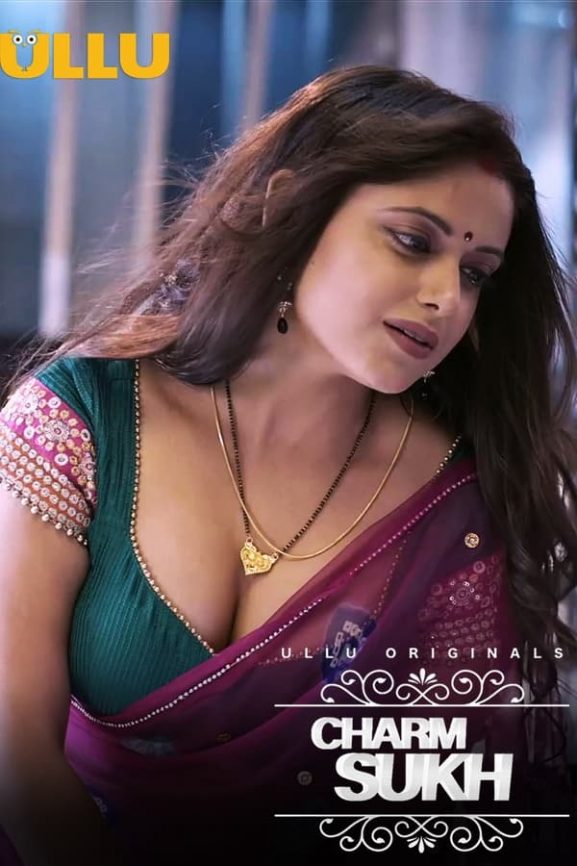 Watch the trailer of Charmsukh

This is an ullu web series from 2019. However, the older it gets, the more popular it becomes. The show explores the themes of blooming sexual desires, love, and betrayal at a young age. Notably, each episode has a new cast and a new story! Hence, you will always find something new about your inner-self when you tune in. The ullu web series cast includes Jinnie Jaaz, Deepak Sharma, Meet Arora, and more. 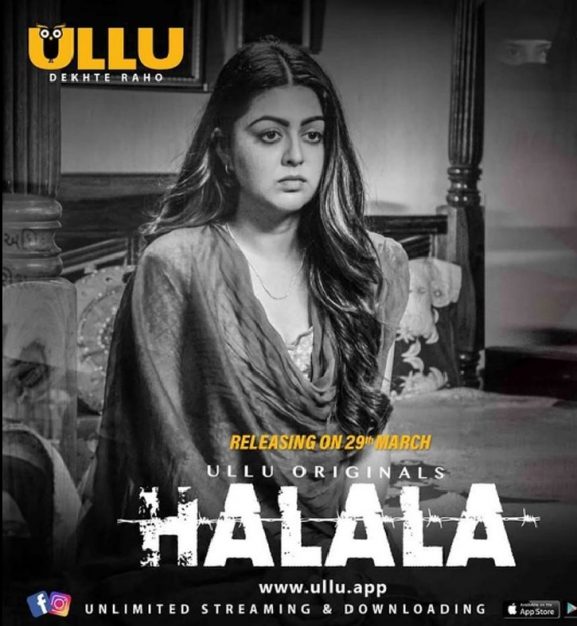 Watch the trailer of Halala

As the name suggests, this ullu hot web series revolves around the events of Nikaah Halala. The cast includes dashing Eijaz Khan, along with the gorgeous Shafaq Naaz and Deepika Singh. Needless to say, it will be difficult to get your eyes off the screen. However, let us tell you that the drama quotient of the show is very high. Marital tensions, emotional agony, and feminist concerns- this show has everything the modern audience wants.

Watch the trailer of Palang Tod

The name itself should be enough to lure you in! The story revolves around a youngster and his two sexual partners. However, he slowly finds himself falling in love with one of them, giving rise to friction and jealousy with the other. With Simran Khan, Rajsi Verma, and Tarakesh Chauhan, the audience deals with the classic boy, mom, and daughter sex triangle. Extremely exciting and riveting, this show will have you sweating by the time it’s over 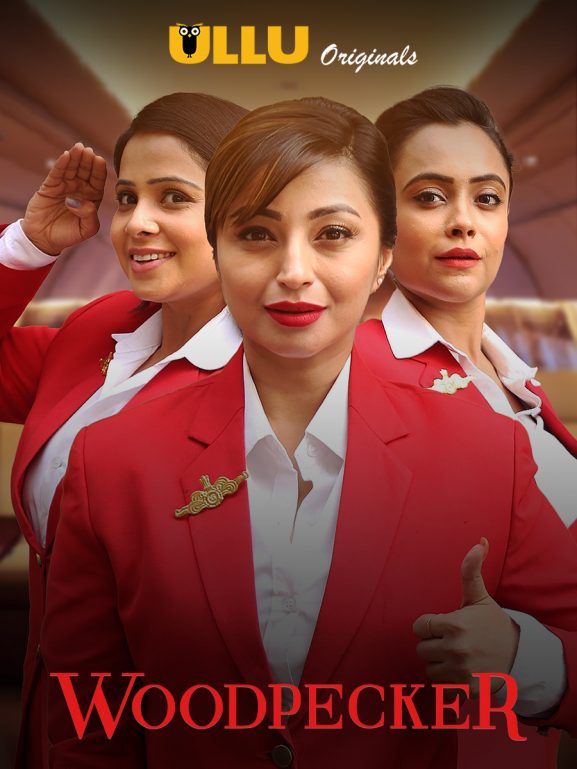 Watch the trailer of Woodpecker

Three jaw-dropping beauties and one alpha male. We can already see the great appeal of the show with its chosen characters. Mostly, the story follows Shanaya, who wishes to have an airline of her own. She confronts three others who aspire for the same. However, they all must now impress one single man of power. Who do you think you will bet on? This glamorous show casts Parag Tyagi, Ira Soni, Nehal Vadoliya, Surabhi Tiwari, etc. 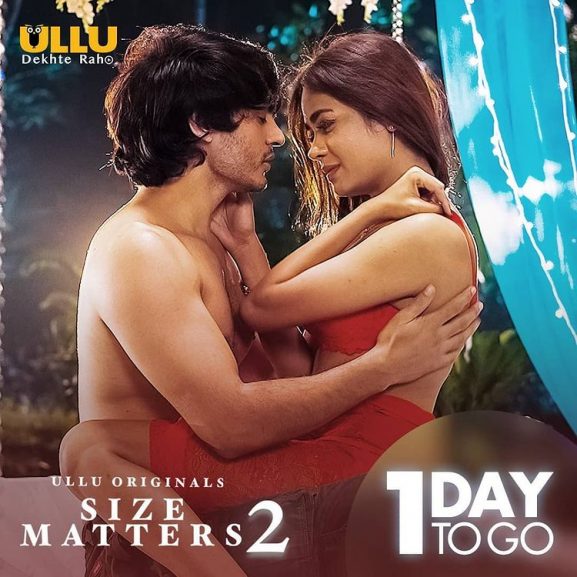 Watch the trailer of Size Matters 2

Simultaneously, she also struggles with body shaming and societal pressure. Will she be able to find true love and pleasure in her chaotic life? 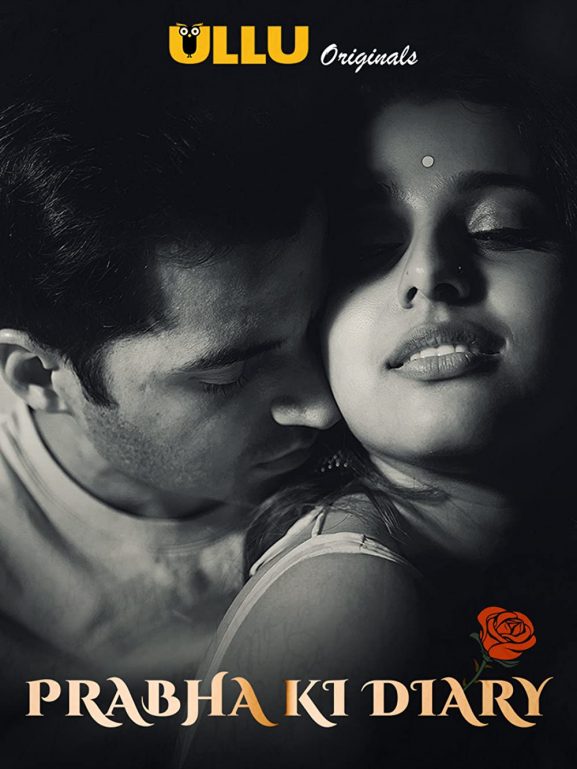 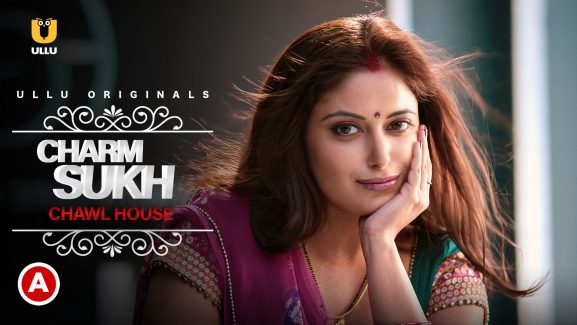 Watch the trailer of Chawl House 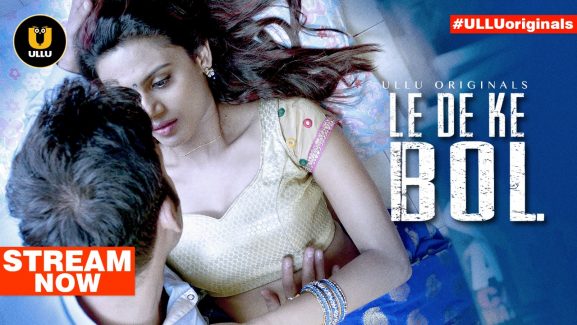 This show can depict several sexual pleasures within one single episode. This steaming show will take you right to the heart of pleasure land and leave your throat dry. The show has sexual tension, irony, and eroticism all around. It has been 3 years since its release.

However, it remains among the most watched shows in ullu. The story features a soon-to-be wedded couple hooking up on the day their families meet for the first time! With such a hot-take, the show is bound to be very enjoyable. 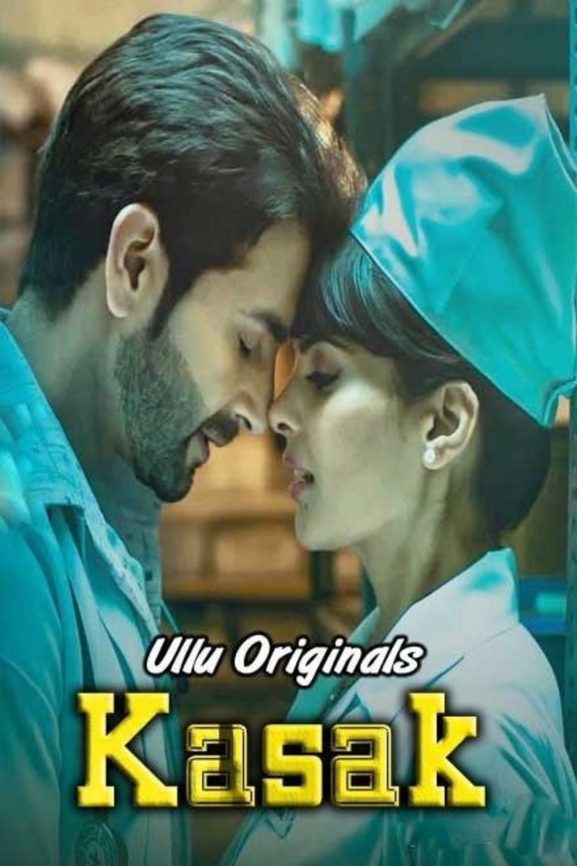 Watch the trailer of Kasak

Honestly, there are very few shows that deal with the extreme side of sexual desires as well as Kasak does. This show is based on real events and goes back to the 90s. A nurse, who is being courted, is eventually raped and asphyxiated. The woman fails to recover fully and develops a lifetime ailment and bed confinement.

At first, you might think that the show is about uncontrollable sexual needs. In a way it is. However, it also shows the consequences one faces if these needs are not met. 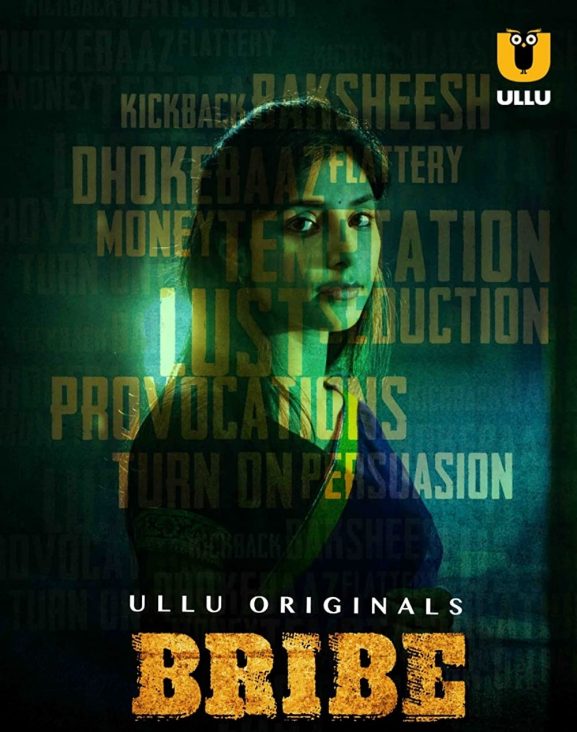 Watch the trailer of Bride

This is the story of a widow named- Padma. To begin, she is put into the world of sex trade forcefully by her brother. Although she succumbs to her fate in the end, this marks a new beginning of her life. Making the best out of her limitations, Padma begins to sleep with men of power and money.

Secrets unfold, and a frighteningly ferocious Padma emerges slowly as the show progresses. With great acting by Harshita Gaur, this show should be on your list. 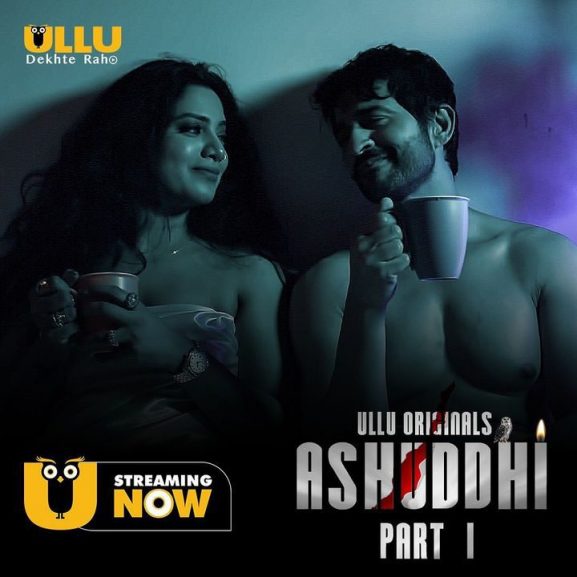 Watch the trailer of Ashuddhi

Here is a mini-series that caters more to the younger generation today. Do we get to see sexual encounters? Of course! However, the show soon turns a little dark as desires take their more carnal form. Other than eroticism, the show will also give you a great dose of slow mysteries.

Hence, if you are ready for an all-in-one package deal, then Ashuddhi will work wonders. With stars like Hiten Tejwani, Kavita Radheshyam, and Chandana Gowda, the show is a must-watch. 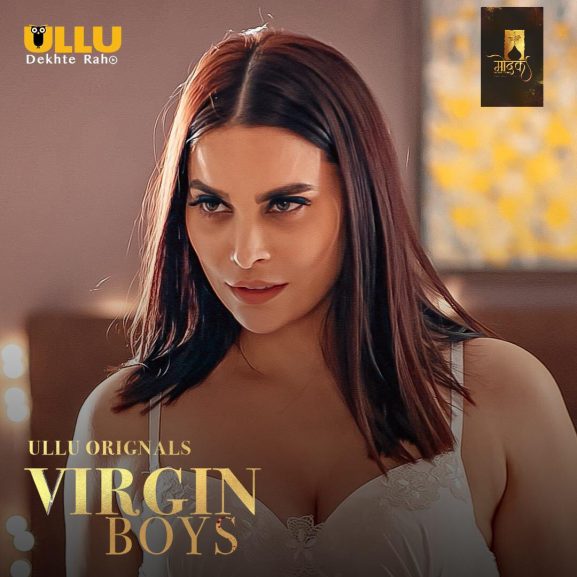 Watch the trailer of Virgin Boys

Nothing gets better for our young audience than Virgin Boys. We see three friends, Chuchu, Chomu, and Gagan who are all trying to break their dry spell of virginity. Hence, the show takes a lighter tone with dabs of humor, youthfulness, and a more fun side to eroticism. Surprisingly, the show remains highly entertaining, even when dealing with a highly sensitive issue! 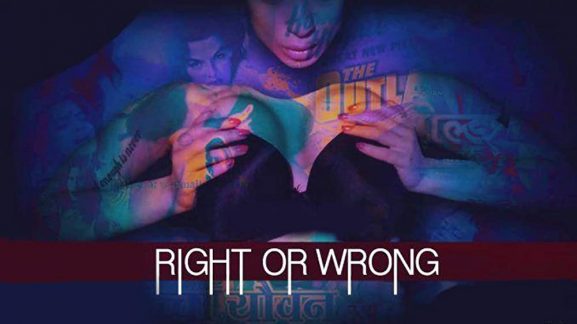 Watch the trailer of Right or Wrong

We have another scandalous love affair at our hands. This is the story of a father, a daughter, and her friend. As many might guess, the father goes on to fall in love with his daughter’s beautiful friend. He courts her and she reciprocates through a youthful sexual boldness. However, things get messy when the daughter finds out! But it all only contributes to the sexual tension and enjoyable growth of the characters.

The list above comprises a plethora of sub-genres within eroticism. No matter how much we want, our society simply doesn’t allow sexual themes to be expressed in the open. However, it is thanks to such shows and media that some progressive thought can reach the public.

The dormant desires within our hearts eventually take various forms. Sex and related activities are among the primary form of expression for a man or a woman. Hence, the more you explore, enjoy, and understand, the more you get to know about the world at large.